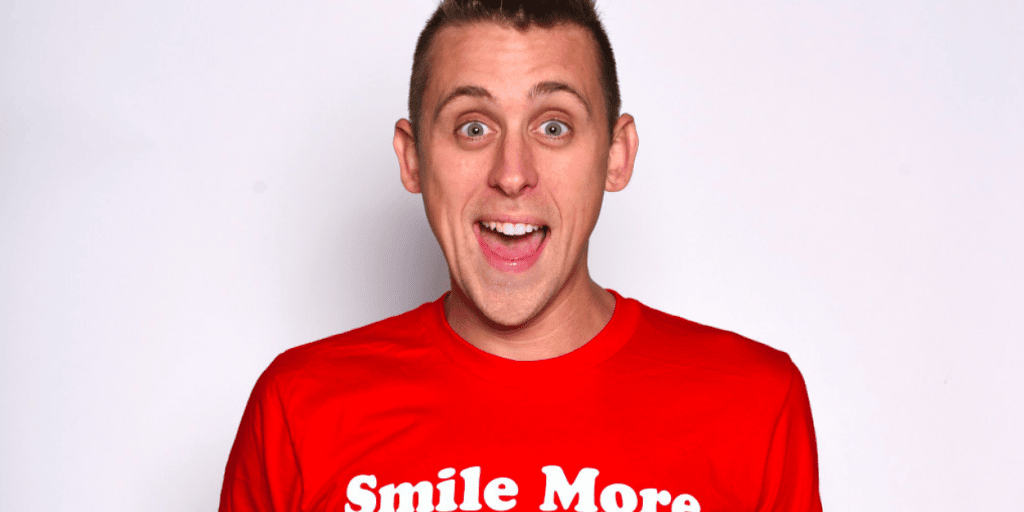 What happened to Roman Atwood? Net Worth, Wife, New House

Who is Roman Atwood?

Roman Bernard Atwood is a YouTuber, prankster, and social media star, who gained popularity by creating pranks and vlogs on his self-titled YouTube channel. He was born under the Zodiac sign Cancer on 28 May 1983, in Millersport, Ohio, USA. As of 2021, he’s 38 years old, and holds American nationality.

Not much information is available about his family and early life.  He was born to his mother Susan and father Curt Dale. Reportedly, he developed an interest in filming and producing video during his high school days and always had a knack for comedy. Nothing is known about his educational background.

Honing his passion for making and producing videos, he began his career at the beginning of the new millennium, making short film projects and commercials in his hometown.

In 2006, he started producing the series of DVD’s entitled “The Nerd Herd”, which was a compilation of his stunts, drawing inspiration from the “Jackass” franchise. While chasing his dreams, he also had to find some employment to finance his pursuits, and so Roman worked at his family rope company “Atwood Rope”.

His passion and drive for making and filming a video would later pave the way to enormous popularity and wealth, given that his YouTube channels are one of the most-watched. He launched his first self-titled channel in 2009, and continued posting for a couple of years, slowly gaining subscribers and attention. In 2012 he struck gold after his video “Cops Get Owned” went viral, resulting in an enormous surge of fans and online popularity. His unique comedy style also contributed to his rise on social media, combined with pranking random people on the streets and capturing their honest reactions on camera.

Confident in his formula for success, he continued making pranks that garnered his channel millions of views, which now has over 10 million subscribers with almost two billion views. However, it appears inactive, as the last video he posted was in 2016.

In 2013, he launched another YouTube channel entitled “Roman Atwood Vlogs”, which features similar content to his first channel, namely pranks and video blogs. Reportedly, after facing criticism for his pranks, in 2016, Roman changed his content and began filming family-friendly videos. Some of his most-watched videos include “We Are Finally Having A Baby”, “Her First Christmas”, and Our Biggest 4th Ever”, while his most known video is “Plastic Ball Prank”, which was featured in Nissan’s “With Dad” campaign. Additionally, his video entitled “Anniversary Prank Back Fires”, has over 93 million views, in which he tells Brittney that he had cheated on her, but gets a huge surprise after Brittney confesses to cheating on him beforehand.

At the moment, their channel has over 15.5 million subscribers with over three billion views.

In 2016, he dipped his toes in another avenue of the entertainment business, starring in the comedy movie “Natural Born Pranksters”, sharing the stage with other popular YouTubers Vitaly Zdorovetskiy and Dennis Roady. Unfortunately, the film didn’t do well in terms of its reception and box office ,as it only grossed a third of what was invested.

Regarding his previous romantic relationships, he was married to Shanna Riley from 2001 to 2008, with whom he had a child named Noah Vaugh Atwood. Reportedly, Roman found her in the arms of another man while she was on vacation, and immediately filed for divorce. He was granted the sole custody of Noah, who now lives with him. Moving on from the disappointing first marriage, in 2008, he began dating Brittney Smith after they met at a Roman friend’s wedding.

They’ve welcomed three children together; in 2011, Brittney gave birth to their first son they named Kane, in 2017 they welcomed Cora, and during the following year they married in a beach ceremony in Maui, documented in the video entitled “Our Dream Wedding”.

In 2020, there were rumors circulating that the couple had divorced due to a lack of online activity, however, the information seemed to be false as the couple returned to YouTube by the end of 2020, announcing that they were waiting for the birth of their third child. In 2021, they welcomed a son they named Knox.

His Other Social Media

Why did Roman and his family disappear from YouTube in 2020?

In 2020, Roman unexpectedly stopped posting videos and withdrew from YouTube, which was unusual for him.

Time passed by, and Roman was still inactive, drawing suspicion among his worrying fans who started to wonder what happened. In January 2021, he posted the video entitled “Forced Off YouTube-Full FBI Story”, in which he said that they had left YouTube out of fear for their family. Unfortunately, fame is a double-edged sword, and besides popularity and opportunities, it also carries a dark side, which is not a novelty to the Atwood family, who had been harassed and targeted by hackers for a prolonged period.

In the video, he explained: ‘We’ve been dealing with some extremely scary stalkers. Imagine that you have to have a funeral for somebody that you love. These stalkers bomb-threatened a funeral to where literally we had to call Federal Bureau of Investigation (FBI) at the funeral because of these people.’

He also proceeded to explain that this was just a fraction of numerous things the stalkers had done to them – they would break into their cars, send death threats, set the alarm off in their house, and cancel their insurance policies.

Roman said: ‘They turned the power off in our home in the middle of winter, like we have kids, we have a family. That mindset to do that to somebody is above and beyond; I can’t comprehend it.’ In fear for their lives, they had to ask for police protection around their house. Thanks to the FBI, they’ve moved on from these struggles and see the light at the end of the tunnel. With the afore-mentioned video, the couple officially returned to the scene, and began posting their content as usual.

In 2013, he and his wife launched the merchandise store entitled “Smile More”, which features various items ranging from clothing and children’s toys to water bottles.

Even though he has attracted a large following for his risky and controversial pranks, it also brought him his fair share of troubles. In 2014, he was arrested by the police for an ATM prank, in which he and his friend pretended to rob an ATM but were apprehended by the officers for inducing panic and disorderly conduct. In the end, Roman managed to have the charges dropped, on the basis of expression of art and freedom of speech.

As happens with most ‘prank’ channels, some YouTubers tend to cross the line to make “interesting” and viral content. In 2014, Roman filmed the prank video “Killing My Own Kid Prank!!”, in which he threw a mannequin down the stairs dressed as his son Kane in front of his wife, Britnney, who thought he was throwing their son.

Unfortunately, two years later, he performed a similar prank – this time, he arranged a situation in which it seemed that their son died in a fiery explosion, to his wife’s shock.

The videos gathered a lot of negativity and criticism from their fans and also various media outlets, including The Washington Post, writing: ‘There are a disheartening number of Internet buffoons competing for the honor of most offensive YouTube ‘prank.’ But Roman Atwood, the 32-year-old who has twice pretended to kill his toddler, may definitively take the cake.’

Death of His Mother

The year 2019 was a year fraught with numerous hardships, as Roman went online and informed his fans that his mother died in a tragic scooter accident. Roman also added that he and his family were taking a break from social media due to this distress, he revealed: ‘I will be by my family’s side, especially my father’s. We are rushing back home to Ohio to figure everything out. Please pray for my family and especially for my father’.

What is His Net Worth?

His estimated net worth is around $14.5 million, as of late-3=2021, acquired through his career as a social media star. In addition to his channels’ views, he earns through various collaborations, paid advertisements, and brand affiliations.