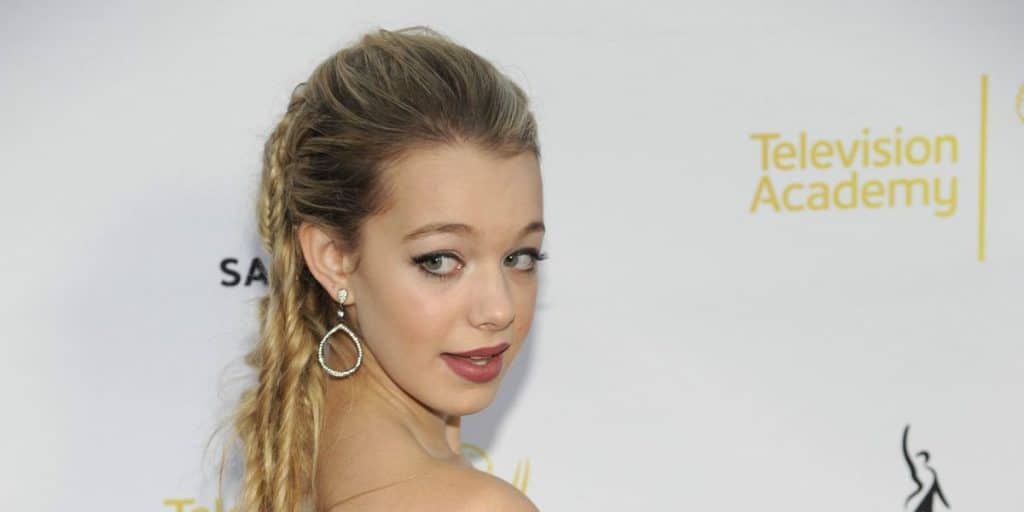 Who is Sadie Calvano?

A former competitive gymnast, and an actress with 20 credits to her name, Sadie Amara Calvano was born under the zodiac sign of Aries on 8 April 1997, in Los Angeles, California USA; she holds American nationality and her ethnicity is of mixed Italian, Basque and Ashkenazi-Jewish decent. Sadie rose to prominence through her portrayal of Violet in the series “Mom”, which brought her the Gracie Allen Award, Outstanding Female Actor – Rising Star, in 2015.

Sadie was raised in Los Angeles by her mother Aimee Calvano, and father Steven Calvano; she hasn’t spoken about any siblings, so it’s assumed that she’s their only child.

Sadie had an interest in acting from an early age, and started performing at the age of seven, in musical plays such as “Beauty and the Beast”, “Alice in Wonderland”, and “A Chicago Christmas Carol”, among others. While she was in high school, she studied jazz, ballet and voice, but also won a gold medal in gymnastics in 2009, at the California State Games.

She attended Los Angeles County High School for the Arts, and upon matriculating in 2015, she enrolled at Occidental College, from which she graduated with a BA in 2018.

From 2013 until 2018, she portrayed her most notable role, as Violet in “Mom” acting alongside Allison Janney, Mimi Kennedy and Anna Faris in this romantic comedy drama, which follows the story of a newly sober single mom who tries to pull her life together. The series had 44 award nominations and won 12, including two Primetime Emmys.

After her role as Violet, Sadie was seen as April Warner in the comedy crime drama “Why Women Kill”, starring Jack Davenport, Lucy Liu and Allison Tolman, followed by her appearance as Kara in “9-1-1: Lone Star” in 2021, which is her most recent role on television.

Sadie made her first appearance on the big screen in the 2011 movie “J. Edgar”, portrayed Hoover’s Niece acting alongside Leonardo DiCaprio, Naomi Watts and Armie Hammer, followed by her appearances in several TV movies, such as “Family Album”, “Village People”, and “The Perfect Daughter”, among others.

In 2018, she was cast to play Sarah in “The Package”, starring alongside Daniel Doheny and Geraldine Viswanathan in this comedy thriller directed by Jake Szymanski. In the following years, she appeared only in some short and TV movies.

Fans of this young, talented actress will be happy to hear that she’s starring in the movie “Montauk” which is in post-production, and it’s announced that she will have a lead female role in “Jury Duty”, a comedy drama written by Dana Klein and Stephanie Furman Darrow.

There have been various rumors concerning Sadie’s love life, however, she hasn’t spoken about her previous relationships except for, at that time, her boyfriend Alex Brisker, a producer whom she dated from 2016 until late 2020.

However, it seems that this love story ended, since Sadie’s Instagram account is flooded with photos of her new boyfriend known by the name Douglas, and according to his Instagram it seems that he’s a photographer and artist.

Sadie hasn’t spoken about how the met, and for how long she’s been dating him, but if we can judge by her description full of love on every photo featuring two of them, maybe the time doesn’t matter when it comes to true love.

As of January 2022, the two are still together; Sadie hasn’t been married or engaged, and doesn’t have children.

What happened to Sadie Calvano?

When the season fourth of the series “Mom” started, people were asking what happened to the characters of Roscoe (Blake Garret Rosenthal) and Violet, since they were stars of the series in the first three seasons.

However, they were quietly written out, as the series focused on the Alcoholics Anonymous (AA) group, and although Sadie’s character was back in an episode of season six, after this appearance she never returned in the series.

Although people might be thinking that Sadie had some bad feelings, after she left the series she wrote on her Instagram: ‘Thank you to Chuck for believing in me and taking the chance on me from the very beginning. Thank you to the writers for helping us tell such amazing stories along the way. The crew and cast for filling so many long days with joy and laughter. @lateech for ensuring that my education stayed a priority and always going the extra mile through years of shooting and juggling school.’

Sadie is the National Spokesperson for Bags4Kids, an organization that provides supplies and support for foster kids.

She’s into traveling, and thanks to her career, has visited several US states, but as she says, her favorite place on earth is her home in Los Angeles where she lives with her parents, and her pets, cat Piper, and dogs Benji and Olive.

Sadie is active on social media platforms, and her Instagram has been followed by over 65,000 people, while her Twitter has gained over 10,000 followers.

In her spare time, she likes to read, and some of her favorite writers are Josef Albers, Agnes Martin and Ann Temkin, enjoying art books such as “Midnight and Noon”, “A Retrospective”, and “Religion of Love”.