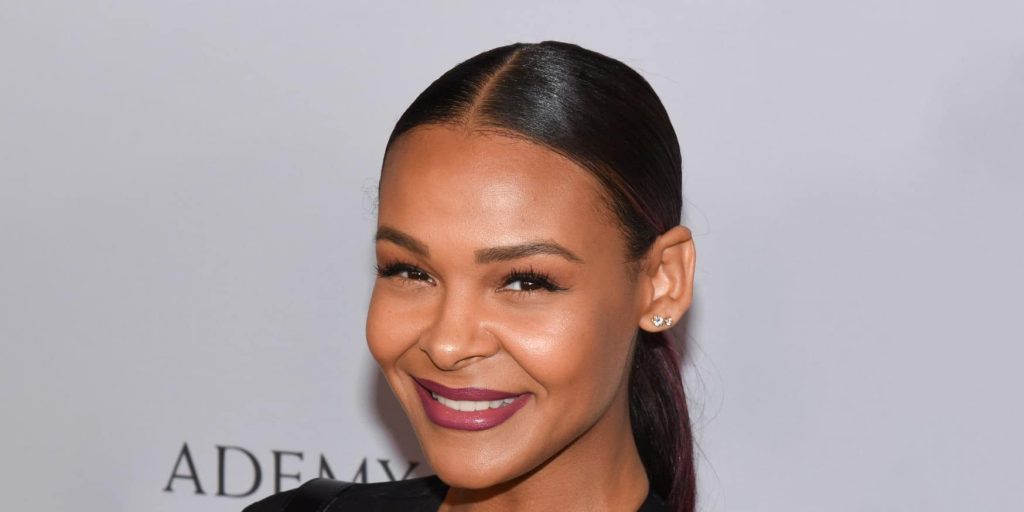 What happened to Samantha Mumba? Net Worth, Husband, Bio

Who is Samantha Mumba?

Samantha Tamania Anne Cecilia Mumba was born in Dublin, Ireland, on 18 January 1983 – her zodiac sign is Capricorn, and she holds Irish nationality. She’s an actress, singer-songwriter, dancer and a model, who has appeared in more than 10 movies and TV series, while she’s perhaps known best for her debut film appearance, portraying Mara in the 2002 action adventure science fiction movie “The Time Machine”. It was directed by Simon Wells, starred Guy Pearce, Yancey Arias and Mark Addy, and follows an inventor who has travelled 800,000 years into the future instead of into the past; the movie won two of the seven awards for which it was nominated, including an Oscar nomination.

Samantha was raised alongside her brother Omero, by their Zambian father Peter Mumba, who was an aircraft engineer, and their Irish mother about whom nothing’s known, as she prefers to stay away from media.

Samantha grew up being interested in music, something she believes that she’s inherited from her parents; her mother and father enjoyed listening to blues and jazz music at home, and Samantha steadily fell in love with it as well. She was 15 years old when she entered the talent show “Let Me Entertain You”, and was noticed by Irish music manager Louis Walsh. She then signed a contract with Polydor Records, and her career as a musician was thus launched.

She attended a local high school from which she matriculated in 2001; Samantha then focused on her career, and didn’t enroll at college.

She was 17 years old when her debut single entitled “Gotta Tell You” was released, which topped the charts in both New Zealand and Ireland, while it peaked at #2 in the UK, #3 in Australia and #4 in the USA; her eponymous debut album was released later that year.

In 2001, she was featured on the Celtic Tenors’ song “You Raise Me Up”, and in December of the same year, she released her debut extended play (EP) “Samantha Sings Christmas”.

The following year saw the release of her new song “I’m Right Here”, but there were then rumors circulating the internet, claiming that Samantha was dropped from Polydor Records; Samantha confirmed the rumors in 2003, and spent the following decade focused on her acting career, before finally returning to music in 2013.

On 25 June 2015, she performed at the Dublin Pride Festival, and has since released several songs, none of which have attracted a lot of attention. Most recently, on 27 November 2020, she released her new song “Cool”.

It follows a boy who has died and been revived by his mother, becoming a zombie, while he now wants to eat his girlfriend; the movie was nominated for seven awards.

The following year saw Samantha play Rita, in the popular action crime drama “Johnny Was”, which won two awards, and also in 2006, she portrayed Sapphire in the horror crime thriller “Nailed”. It was directed by Adrian O’Connell, starred Charles Porter, Wilson Jermaine Heredia and Sam Sarpong, and follows two men who have broken into a house when trying to hide from the police, and have there found a man covered in bandages.

A couple of Samantha’s following roles were in the short drama “Stay in the Middle” and the action thriller drama “Once Upon a Time in Dublin” both in 2009, and the 2011 action fantasy “Cross”.

In 2014, she was cast to star in the horror “Loftus Hall”, and two years later, she portrayed the lead character Samantha, in the horror thriller “Home”, written and directed by Frank Lin, and which also starred Heather Langenkamp and Kerry Knuppe. The movie follows Carrie who’s trying to rescue her sister from a haunted house.

Samantha’s most recent appearance has been in the 2017 short thriller drama “Casting”.

Samantha has been nominated for two awards, in 2001 for a Teen Choice Award for Music – Choice Breakout Artist, and was then in 2003 nominated for a DVD Exclusive Award for Best Original Song, for her song “Wish Upon a Star” which was featured in the animated family fantasy movie “Barbie as Rapunzel”.

In 2004 and 2005, Samantha was in a relationship with the popular American singer-songwriter Mark Althavan ‘Sisqo’ Andrews.

Not long after the two split for unknown reasons, she began dating the police officer Torray Scales, and in June 2011 the two announced that they were engaged. Samantha and Torray exchanged vows in a private ceremony attended by only their closest friends and family members, on 24 February 2012 in Los Angeles, California.

In September 2014, Samantha revealed on her social media accounts that she was pregnant; she was involved in a car accident in February 2015, but luckily was unharmed. She gave birth to her and Torray’s daughter Sage on 3 March 2015.

Samantha hasn’t mentioned any other men whom she has perhaps been with, and as of November 2021, she’s married to Torray Scales, and has a daughter with him.

Samantha is quite active on Instagram, and apparently enjoys the attention which she’s receiving from her more than 50,000 followers. She has uploaded close to 200 pictures onto the network, most of which feature her spending time with her husband and their daughter.

She’s into travelling, and her career has taken her all around the world. Samantha has performed in various European countries, as well as in Australia, several Asian countries, and many cities in various US states; she’s today living in Los Angeles.

She has her own favorite musicians, some of whom are Rihanna, Ed Sheeran and Lady Gaga.

Late at night, Samantha enjoys watching Hollywood movies, and her favorite actor and actress are Brad Pitt and Angelina Jolie, while a couple of her favorite films include “The Curious Case of Benjamin Button”, “Meet Joe Black” and “Lara Croft: Tomb Raider – The Cradle of Life”.

As of November 2021, her net worth has been estimated at over $5 million.