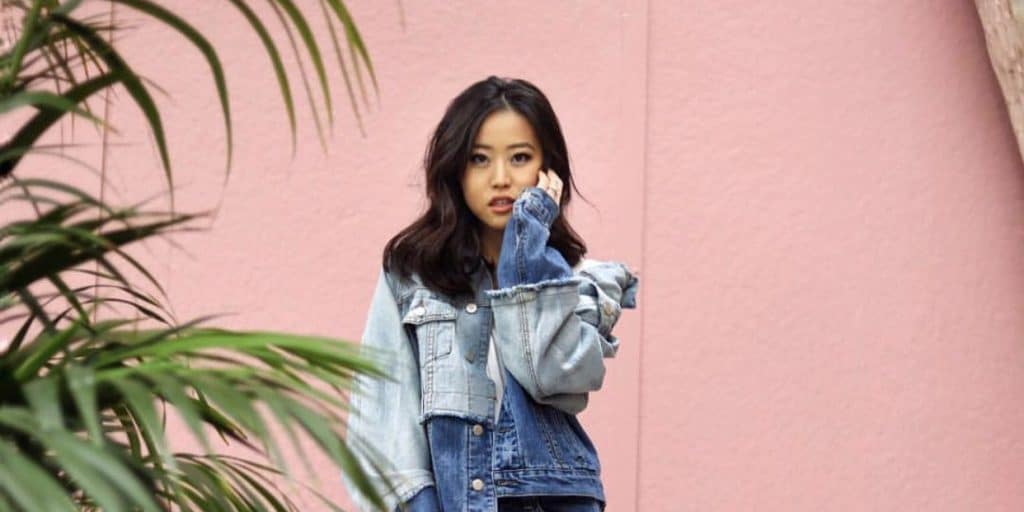 What happened to Stephanie Soo? Fiance, Age, Net Worth, Wiki

Who is Stephanie Soo?

Stephanie was born under the zodiac sign of Sagittarius on 27 November 1995, in South Korea; she holds Korean nationality, and her ethnicity is Asian. She is a social media star and YouTuber, perhaps known best for her videos on her eponymous YouTube channel, launched on 29 March 2017, on which she has over 2.5 million followers, and all of her videos combined have gained over 500 million views, mostly featuring mukbangs, some vlogs, and food tasting. She has another channel under the moniker ‘MissMangoButt’.

Stephanie was raised in Atlanta, Georgia since her parents moved to the USA from South Korea, however, there is no information about their names and occupations, but it’s known that Stephanie has one sister, Cindy.

Stephanie attended a local high school, and upon matriculating in 2013, she enrolled at a private university, from which she graduated with a Bachelor’s degree in Public Relations in 2017.

After graduation, Stephanie launch her YouTube channel since she couldn’t find a job no matter how hard she tried. She saw videos of her cousin known as Eatingwdaniel, and had the idea of trying mukbangs videos, so she uploaded her first video on her eponymous YouTube channel “The Best Burger in LA Mukbang I Eating Show” on 22 April 2018, which gained over 600,000 views.

Although she has her second YouTube channel which she uses for her vlogs videos, and the first video on that channel was uploaded on 11 September 2017, her mukbang videos brought her popularity. Mukbang – also known as an ‘eating show’ – is an audiovisual broadcast in which a host consumes various foods while talking about some specified themes; this trend started in South Korea in 2010, and has become global since then.

Since Stephanie’s main channel is credited with its popularity, we will mention her most viewed videos from her self-titled channel.

The number one most viewed video “5 PACKS OF 4X NUCLEAR NOODLE CHALLENGE ft. ZACH CHOI ASMR MUKBAN|Eating Show” was uploaded on 31 May 2019, and has gained over 14 million views; and as the title says she challenged Zach, who is also a YouTuber, to participate in the competition who can eat more of these spicy noodles.

Her second most viewed video – “Huge KFC Fried Chicken MUKBANG Eating Show” – was uploaded on 10 September 2018, and has over 1.8 million views, with people commenting how funny she was, eating fried chicken with chop sticks.

Stephanie’s third most watched video – “CRAZY KOREAN KIMCHI MUKBANG Eating Show” – was uploaded on 3 September 2018, and has amassed over 1.7 million views, with most people commenting how they liked it because she tells stories, so it isn’t just an ‘eating’ video, and how she eats slowly, and doesn’t talk with a mouth full of food.

Another reason why people like her is because she interacts with her subscribers, she likes and replies to their comments under videos.

On her second channel “MissMangoButt” she has over 1.1 million subscribers, and all of her videos combined have over 225 million views, mostly featuring her vlogs, some challenges, and her make-up advice.

Stephanie is also a host of the Apple Podcast entitled “Rotten Mango”, which is about true crimes, the psychology of killers, and stories about lesser known criminals, all with a dose of comedy.

Stephanie has an Instagram account that’s followed by nearly 600,000 people; she’s posted over 350 photos, mostly featuring her everyday life, some funny pictures with her fiancée, and her clothing combinations. Her own merchandise line is ‘FanJoy’ – items can be bought online.

Stephanie’s fiancée proposed to her in 2019 after several years of dating, and the funny thing about him is that he’s been hiding his face behind the mask of ‘panda’ for a long time, participating in Stephanie’s videos wearing a mask, and in photos posted onto her Instagram, she hides his face with stickers.

Stephanie hasn’t spoken about his name and occupation, however, according to some sources, his name is Rui Qian, and he works as a sales executive for Harry Winston, a company of famous jewelry and watchmakers; he has an Instagram account under the name of ‘mistermangobutt’, however, his face stays unrevealed.

What happened to Stephanie?

Stephanie had some collaboration mukbang videos with her fellow YouTuber known as Nikocado Avocado, and everything seemed great – the number of their subscribers had grown, and then in one video Nikocado started using bad words about another YouTuber, Veronica Wang, and he expected Stephanie to support him, however, it was obvious that she was uncomfortable with that conversation.

Later, Stephanie posted a video of her crying, saying that she’s afraid of him, that he was threatening her through text messages, and saying ‘It’s been a lot of Nikocado Avocado using his platform to threaten me and to bully me. At this point, my home safety is kind of in question.’ She talked about how he took pictures of her security feed while she was in the bathroom, and she also showed text messages which proved that he manipulated her, however, he answered that she lied to her subscribers.

One of Stephanie’s favorite hobbies is reading crime books – her favorite writers are Agatha Christie and Sir Arthur Conan Doyle, and a couple of her favorite books are “The Murder of the Vicarage”, “And There Were None”, and “The Valley of Fear”.

She also likes to watch crime documentaries, and crime movies such as “The Guilty”, “The Little Things”, and “The Informer”; her favorite actors are Robert De Niro, Jeff Goldblum, and Christian Bale.

Stephanie is into traveling, and has visited several US states, and her favorite travel destination is New York City, because her fiancée took her and her family on a trip to this city and proposed to her in front of all of them.

When it comes to her dream travel destination, she wants to visit her birth town in South Korea, and she dreams of meeting the members of the famous K-pop boy band Bangtan Sonyeondan, known better as BTS.

Since she likes food that much, and eats all kinds of fast food, she takes care of her health and body doing yoga, swimming, and working out every day; she also likes to spend time in nature, and likes sailing, walking the forest paths, and laying on the beach at the sunset.