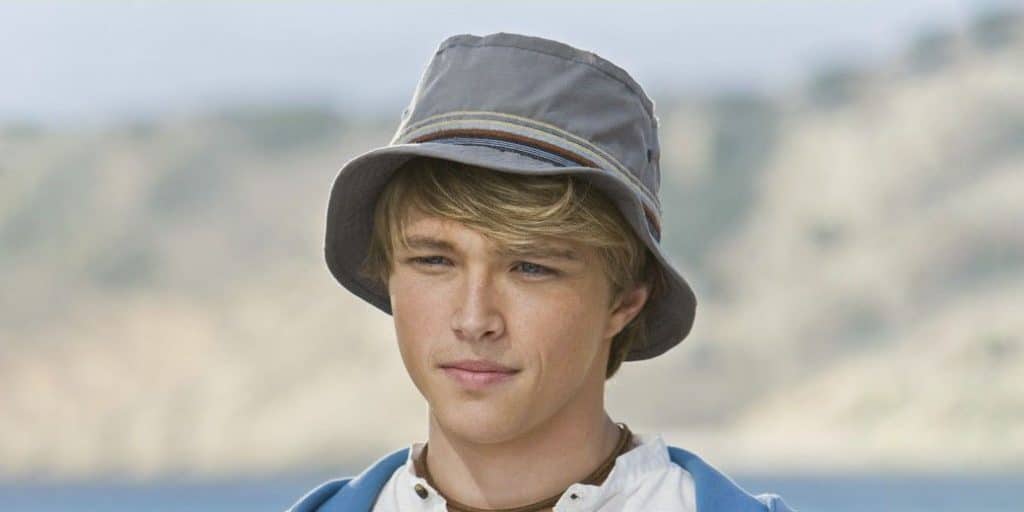 What happened to Sterling Knight? What is he doing now? Wiki

Who is Sterling Knight?

Sterling Sandmann Knight was born on Hilton Head Island, South Carolina USA, on 5 March 1989 – his zodiac sign is Pisces, and he holds American nationality. He’s an actor, dancer and a singer, who has appeared in close to 30 movies and TV series, while he’s perhaps still known best for his portrayal of Alex, in the 2009 fantasy comedy movie “17 Again”, directed by Burr Steers, and which starred Zac Efron, Matthew Perry and Leslie Man. The film follows Mike O’Donnell who has jumped into a time vortex and has become young again; it won three of the eight awards for which it was nominated.

Sterling was raised on Hilton Head Island alongside his brother Spencer Shuga and sister Samantha Scarlett, by their parents about whom nothing’s known, as they prefer to be left out of media.

Sterling became interested in acting at a quite an early age, and was a member of his elementary school’s drama club, playing lead characters in several plays performed at the school. He was 14 years old when he launched his acting career, with his portrayal of Noah in the comedy “Eve”; created by Meg DeLoatch, it starred Eve, Jason George and Ali Landry Monteverde, and follows the lives of Eve and her friends. The series aired from 2003 to 2006, and was nominated for eight awards.

Sterling attended a local high school from which he matriculated in 2007, and then chose to focus on his acting career, rather than to pursue a college degree.

Sterling made his debut film appearance in 2005, with his portrayal of Skater Boy in the short drama “Calm”; a couple of his following roles were in the 2008 short music video “Demi Lovato: La La Land”, the 2009 sports comedy “Balls Out: Gary the Tennis Coach” and the 2010 music video “Sterling Knight: Star Struck”.

In 2010, he played Ty Parker, one of the lead characters in the family drama “Elle: A Modern Cinderella Tale”, directed by John Dunson and Sean Dunson, and which also starred Ashlee Hewitt and Kiely Williams.

It follows the aspiring singer-songwriter Elle whose parents have just died, so she’s moved in with her uncle who has his own record label. The same year also saw Sterling appear in the comedy “Monster Heroes”, and the short thriller comedy “I Owe My Life to Corbin Blue”.

He was then cast to play Shane in the 2012 action crime thriller “Transit”, directed by Antonio Negret, and which starred Jim Caviezel, James Frain and Elisabeth Rohm. The film follows several people who have robbed a bank and have hidden the loot in the car of a family who have just gone camping, while their plan is to follow them, kill them and take the money. A couple of Sterling’s following roles were in the 2015 action crime drama “Landmine Goes Click”, the 2016 drama “It Snows All the Time” and the 2016 short adventure drama “Danny Boy”.

Sterling’s most recent movie role has been his portrayal of Philip, in the 2017 fantasy science fiction drama “The Man from Earth: Holocene”, written and directed by Richard Schenkman, and which starred David Lee Smith, Doug Haley and Davi Santos. It follows a college professor who is 14,000 years old, and has realized that he’s just started aging; the movie was nominated for three awards.

After Sterling finished shooting for the series “Eve” in 2006, the remainder of the 2000s saw him make a guest appearance in an episode or two of several series, including the musical family comedy “Hannah Montana”, the mystery crime drama “The Closer” and the romantic drama “Grey’s Anatomy”.

In 2009, he was cast to play Chad Dylan Cooper in the comedy “MacKenzie Falls”, which starred William Jonathan Georges, Leslie-Ann Panaligan and Ashley Jackson, and follows several teenagers who are trying to be funny while making fun of soap operas. Between 2009 and 2011, Sterling starred as the same character in the hit romantic family comedy “Sonny with a Chance”, created by Steve Marmel, and which also starred Demi Lovato and Tiffany Thornton. It follows Sonny who has moved to Los Angeles, California, after having been cast to appear in a popular TV series; it won two of the eight awards for which it was nominated.

His most recent role in a TV series has been his portrayal of the main character Cameron Fullbright, in the 2017 comedy “In the Rough”. It was created by Jason Wiles and Jeff Robison, also starred Ryan Merriman and Sunny Mabrey, and follows the life of a young professional golf player.

Sterling hasn’t been active in the film industry since 2017, but hasn’t officially retired.

He could have been seen featured in a couple of documentaries, including the 2008 film “Disney Channel’s Totally New Year”, and the 2009 short videos “Zac Goes Back” and “Going Back to 17”.

Sterling has sung many songs in various movies and TV series, including in the 2010 film “Star Struck” and in the 2010 episode “Walk a Mile in My Pants” of the series “Sonny with a Chance”.

He has made a guest appearance in a number of talk-shows, such as “Leo Little’s Big Show”, “The Bonnie Hunt Show” and “Next Week Now”.

He was also nominated for a 2010 Teen Choice Award for Choice TV Actor: Comedy, for his performance in “Sonny with a Chance”.

Sterling is quite open when it comes to talking about his love life, and it’s widely known that he’s today in a long-term relationship with Ayla Kell. The two met in 2014 while shooting for the series “Melissa & Joey”, and they started dating not long after that.

Ayla is an American actress and film producer, who has appeared in close to 30 movies and TV series, while she’s probably still known best for her portrayal of the main character Payson Keeler, in the sports series “Make It or Break It”, which aired from 2009 to 2012, and won three of the nine awards for which it was nominated.

There are rumors circulating the internet claiming that Sterling and Ayla have recently become engaged, and that they have already set the date for their wedding, but they’ve said nothing!

As of November 2021, Sterling’s in a relationship with his girlfriend of seven years Ayla Marie Kell, he hasn’t married, and doesn’t have children.

Sterling is quite active on Instagram, and seems to be enjoying the attention which he’s receiving from his close to 300,000 followers; he’s uploaded over 200 pictures onto the network, most of which have been taken during his everyday life.

He’s physically highly active, and has multiple training sessions at the gym each week, thus his muscular body; he has uploaded several pictures which feature him working out onto his Instagram account, and has also given his fans advice regarding exercising and dieting.

He plays the guitar, and a couple of his favorite musicians are Kanye West, Eminem and Lady Gaga.

Sterling is passionate about travelling, and has been to various US states for both work and pleasure, while he’s also visited several European countries, including Switzerland and England.

Late at night, he enjoys watching movies starring his favorite actors, Bruce Willis and Russell Crowe, such as “Pulp Fiction”, “12 Monkeys” and “Gladiator”.