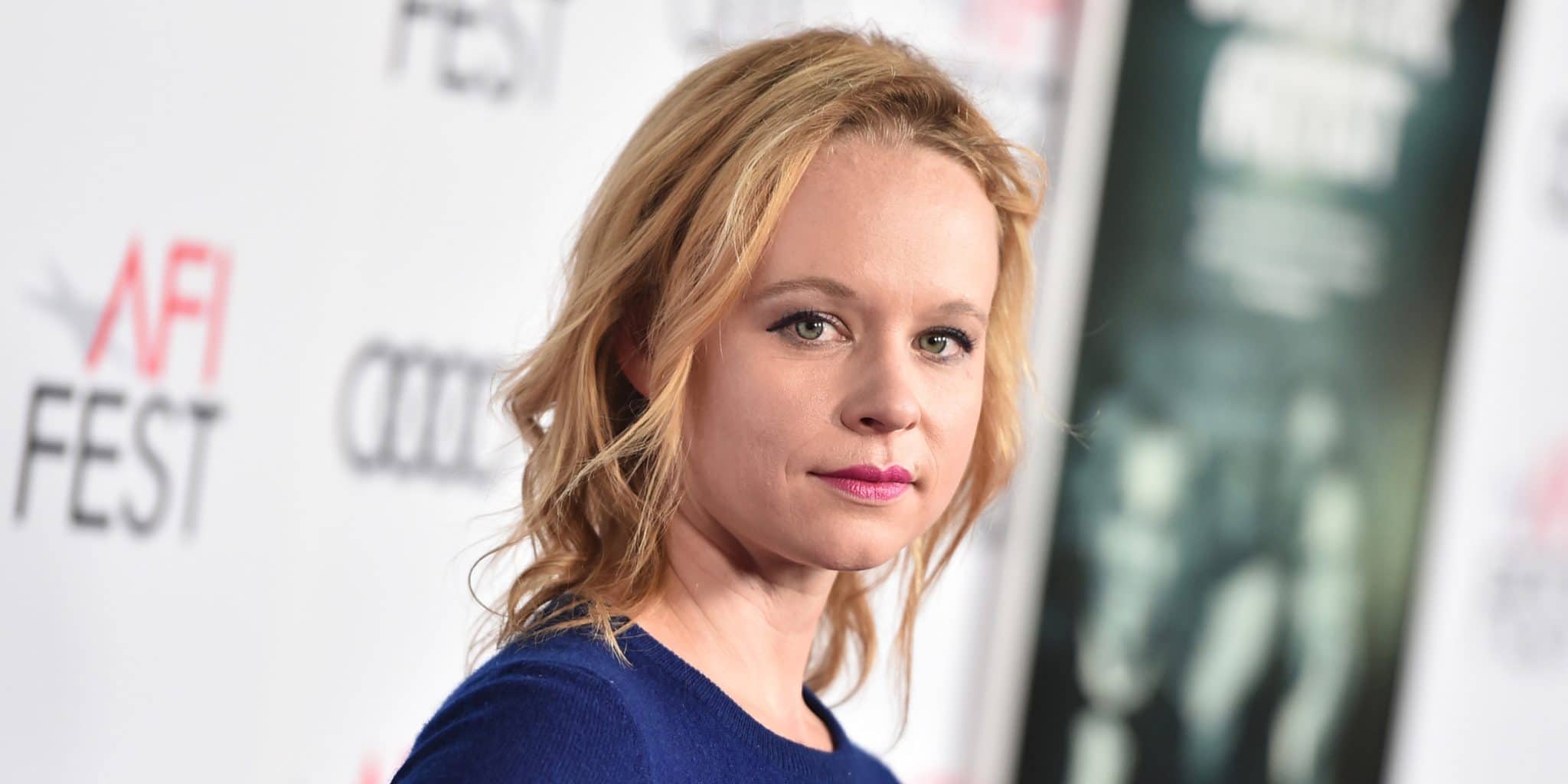 What happened to Thora Birch (Walking Dead)? Net Worth, Wiki

Who is Thora Birch?

Thora Birch is an American Primetime Emmy Award-nominated actress, probably best known to the world as Jane Burnham in the film “American Beauty” (1999), and as Enid in the film “Ghost World” (2001), among many other roles that she’s secured so far in her career.

What Happened to Tora Birch?

Thora has been away from acting a few times throughout her career, focusing on other interests. The most recent hiatus she took was from 2010 to 2015, but she is now in a full-on mode with the lead role in the action thriller-drama film “13 Minutes” (2021), and is now working on the TV fantasy-comedy series “Wednesday”, created and directed by Tim Burton, which is his first directing project for television.

Thora Birch was born on 11 March 1982 under the Pisces zodiac sign, in Los Angeles, California USA, the daughter of Jake Birch and Carol Connors, both pornographic actors. Of German-Jewish, Scandinavian, Italian, and French-Canadian ancestry, her parents thought she would be a boy and decided on the name Thor, however, once she was born into this world, her parents were struck by surprise and opted for the name Thora. She is the older of the two with a younger brother Kian Bolt. Her career began early on, so she didn’t focus on her education until later in life, and acquired a degree in legal studies through an online course.

Thora’s parents didn’t want their offspring to enter the entertainment world so early, but after they were persuaded by a babysitter to show Thora’s photograph to agents, young Thora made her debut in a Quaker Oats commercial. Thora enjoyed the early success by appearing in a number of commercials for such brands as California Raisins, Burger King, and Vlasic Pickles, among others, before she made her acting debut in the 1988 sci-fi comedy film “Purple People Eater”, written and directed by Linda Shayne, starring Ned Beatty, Linda Talcott, and Bobby Porter. Her marvelous performance in the film earned her the Young Artist Award in the category for Best Young Actress Under Nine Years of Age. The same year, she was chosen for the role of Molly Farrell in the Primetime Emmy Award-nominated comedy series “Day by Day”, co-starring alongside Doug Sheehan, Linda Kelsey and Christopher Daniel Barnes.

Although a child, Thora was making big steps forward in her career, and in the ‘90s became a true acting star, working on a number of successful projects. She started the decade by playing Taylor Buckman in the TV comedy-drama series “Parenthood”, and in 1991 starred in the award-winning drama film “Paradise”, which earned her a second Young Artist Award, this time in the category for Best Young Actress Starring in a Motion Picture, having beaten over 4,000 other applicants on her way to secure the role. She continued her career with the role of Sally Ryan, the daughter of CIA analyst Jack Ryan in the action-thriller film “Patriot Games”, which is the sequel to the 1990 film “The Hunt for Red October”, however, it starred different actors, with Harrison Ford portraying Jack Ryan.

The following year, Thora had another prominent role, this time as Dani in the fantasy-comedy film “Hocus Pocus”, and won the Best Youth Actress Leading Role in a Motion Picture Comedy, while in 1994 she reprised the role of Sally Ryan in the film “Clear and Present Danger”. The same year, Thora starred in the crime-comedy film “Monkey Trouble”, then in 1995 co-starred alongside Christina Ricci, Demi Moore, and Rosie O’Donnell in the romantic comedy-drama film “Now and Then”. In 1996 Thora starred with Vincent Kartheiser and Dirk Benedict in the adventure drama film “Alaska”, while she finished the decade with her extraordinary performance as Jane Burnham in the five-time Oscar award-winning drama film “American Beauty”, in which she co-starred with Annette Benning and Kevin Spacey.

She started the new millennium with the role of Empress Savina in the fantasy action-adventure film “Dungeons & Dragons”, in 2001 starred in the mystery thriller-drama film “The Hole”, and the same year starred alongside Steve Buscemi and Scarlett Johansson in “Ghost World”, and two years later portrayed Liz Murray in the biopic about the 15-year-old homeless girl, entitled “Homeless to Harvard: The Liz Murray Story”. This role earned her the only Primetime Emmy Award nomination and won her the Prism Award in the category for Performance in a TV Movie or Miniseries.

Thora enjoyed success until 2010, co-starring with Chris Cooper in John Sayles award-winning mystery comedy-drama film “Silver City” in 2004, then in 2005 she starred in the romantic crime-drama film “Slingshot”, and continued with roles in horror films, such as “Dark Corners” in 2006, and “Train” (2008). In 2009 she portrayed Barbara Hoffman, a notorious killer and a part-time employee at a massage parlor in the crime drama film “Winter of Frozen Dreams”, based on the novel by Karl Harter, and the same year starred in the horror thriller-drama film “Deadline”, alongside Brittany Murphy and Tammy Blanchard.

From 2010 to 2015, Thora took an hiatus from acting to resume studies, with an exception in 2012 when she portrayed Vivian Petunia, the titular role in the romantic comedy-drama film “Petunia”, co-starring Tobias Segal and Christine Lahti. In 2016 she returned to on-screen roles as Morgan in the TV series “Colony”, and two years later returned to acting full-time. She was Lauren, co-starring with Chris Klein in the romantic comedy film “The Competition”, and the same year starred in the award-winning drama film “The Etruscan Smile”, next to Brian Cox and JJ Felid.

Thora was very busy in 2019, starting the year by working on the action crime film “Above Suspicion”, with Emilia Clarke, Jack Huston, and Sophie Lowe, and then worked with Caitlin Stacey and Sasha Frolova in the horror thriller-mystery film “Kindred Spirits”. Moreover, she appeared in the award-winning drama film “The Last Black Man in San Francisco”, with Jimmie Fails, Jonathan Majors, and Rob Morgan in the lead roles, and was selected for the double role of Gamma/Mary in the eponymous Primetime Emmy Award-winning horror thriller-drama TV series “The Walking Dead” (2019-2020). Although she appeared in just nine episodes of the critically-acclaimed show, her portrayal was remembered, and her character’s tragic end will be talked about long after the event.

As of late 2021, Thora Birch’s net worth has been estimated to be around $8 million, earned through her successful acting career, during which she’s appeared in more than 50 film and TV titles.

Thora Birch has been married to talent manager Michael Benton Adler since 21 December 2018. The two don’t have children.

The popular actress is known for her long, wavy blonde hair, though she sometimes dyes it red, and her green eyes. She stands at a height of 5ft 4ins (1.63m), while she weighs approximately 125lbs (57kgs), and her vital statistics are 38-26-36, bra size 34D.

Thora is a green belt in karate and has always been physically active, now combining strength, cardio and conditioning into her training routine.

She’s a vegetarian, looking out on her balanced diet and keeping her perfect figure. The reason behind her vegetarianism isn’t just a healthy diet, but also her concern for animals, and has spoken in support of animal and environmental rights.

Thora is a long-time Democrat, and at the 2012 Democratic National Convention was one of the delegates to nominate Barack Obama and Joe Biden for re-election.