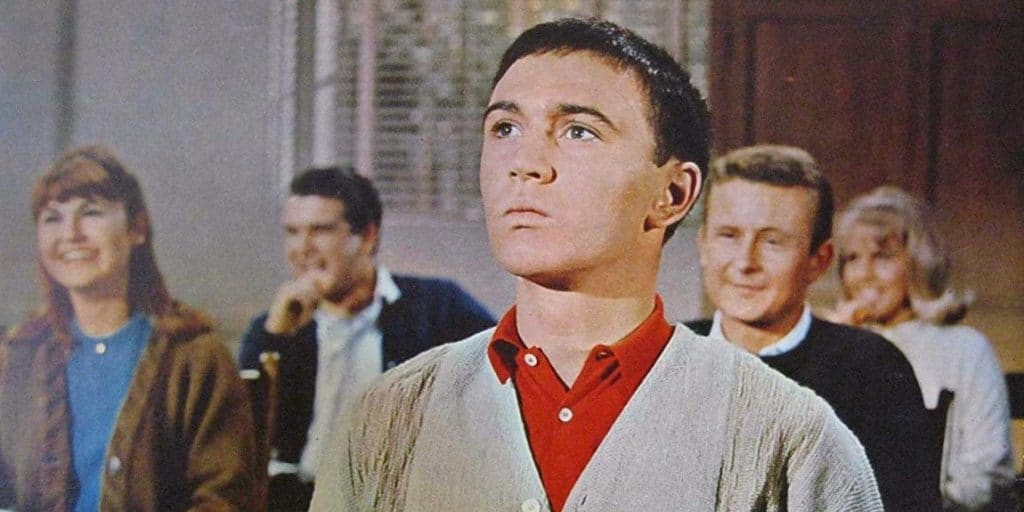 What happened to Tommy Kirk? Where is he today? Biography

Who is Tommy Kirk?

Tommy Kirk was an actor who gained popularity portraying various characters in several movies by Disney Walt Studios, including “The Shaggy Dog”, “Old Yeller”, and “The Absent-Minded Professor”. He was born under the Zodiac sign Scorpio on 10 December 1941, in Louisville, Kentucky, USA, and died on 28 September 2021 at the age of 79, in Las Vegas, Nevada, USA.

He was born to Louie Kirk, a mechanic, and Lucy Kirk who worked as a legal secretary. When he was very young, his family relocated from Louisville to Downey, California, in search of better job opportunities. Regarding his siblings, he has three brothers; his brother Joe also tried to launch an acting career, but later found success working as a dentist.

Tommy developed an interest in acting in his early teens, when he landed a small part in a production of the comedy play “Ah, Wilderness” by Eugene O’Neill, at the Pasadena Playhouse. Following the premiere of the play, he was discovered by an agent who offered him a contract; he subsequently appeared in two more plays, “Barefoot in Athens” and “Portraits in Black” at the Pasadena Playhouse, followed by his first TV appearances in “Big Town”, “The Loretta Young Show”, and “Gunsmoke”.

After his minor appearances in the short movie “Down Liberty Road” and the western “The Peacemaker” in 1954, Tommy guest-starred in an episode of the popular anthology series entitled “Matinee Theater”.

The memorable performance quickly garnered the freshly-scrubbed Tommy the attention of Walt Disney, the famous animator, mogul,and writer, who signed him in 1995, and during the same year, he joined the animated series “The Mickey Mouse Club” as a non-Mouseketeer, appearing in several dramatic segments. He then landed the role as Joe Hardy in the series’ “The Hardy Boys: The Mystery of the Applegate Treasure”, which catapulted his career into stardom and secured numerous roles in several commercially successful movies.

His next notable role came in 1957, when he starred in the Disney movie “Old Yeller” as Travis Coates, which earned him the status of a nationwide teen idol. Tommy followed up with the title role as Wilby Daniels in the comedy movie “The Shaggy Dog”, which was one of the highest-grossing movies in the ‘50s. After the filming ended, it seemed that Disney was going to drop Jimmy, as in one of his interviews he said: ‘I was thin and gangly and looked a mess. I thought the whole world had fallen to pieces.’

Following the movie’s huge commercial success, Disney extended the collaboration, and offered him the role of Ernst Robinson in the adventure movie “Swiss Family Robinson”, alongside John Mills, Dorothy McGuire and Janet Munro. This interesting expedition, which follows the Swiss family of four, was also a major success and has remained one of Disney’s most beloved films.

In 1961, he landed the role as Bigg Hawk in the sci-fi series “The Absent-Minded Professor”, which proved to be another hit for Disney. Soon afterwards, he shared the stage with Ray Bolger and Tommy Sands in the fairy tale movie “Babes in Toyland”, but which didn’t achieve the success of his previous movies. Tommy also starred in “Bon Voyage”, “Moon Pilot” and “Son of Flubber”, before in 1963, Disney made the sequel to “Old Yeller”, entitled “Savage Sam”, and cast Tommy as the lead character.

The movie received poor reviews, and it seemed that Tommy’s career might be near its end. However, in 1964 he turned things around after he starred in the sci-fi comedy movie “The Misadventures of Merlin Jones”, which was a huge box office hit. Unfortunately, his luck would not last for long, and during the same year, Disney terminated Tommy’s contract.

Why was he let go from Disney?

While Tommy worked on “The Misadventures of Merlin Jones”, he was found in a pool having sex with an underage boy in Burbank. The boy’s mother informed Disney of this incident, and the studio had no other choice but to terminate his contract. In an interview, Tommy talked about his sexuality and said: ‘I consider my teenage years as being desperately unhappy. I knew I was gay, but I had no outlet for my feelings. When I was about 17 or 18 years old, I finally admitted to myself that I wasn’t going to change. I had the definite feeling that it was going to wreck my Disney career.’

Despite the scandals, he was rehired by Disney in 1965, to film the sequel for “Merlin Jones”, entitled “The Monkey’s Uncle”. Tommy disclosed: ‘Disney was the most conservative studio in town. The studio executives were beginning to suspect my homosexuality. In 1964 Disney let me go, but Walt asked me to return for the final Merlin Jones movie because the Jones films had been moneymakers for the studio’.

Considering that the news of termination of his contract with Disney studio wasn’t made public, he was quickly signed by American International Picture (AIP), who cast him as Martian in the movie “Pajama Party”, achieving great success.

In 1964 the actor attended a Christmas party that was raided by the police, and Tommy was subsequently arrested for possession of marijuana.

Following the police’s search of his vehicle, the cops also found a vial of barbiturates; even though the charges were dropped, the damage was done.

Reportedly, he was supposed to appear in the western “The Sons of Katie Elder”, but the role was passed on to another actor, as well as the sequel for “Pajama Party”, entitled “How to Stuff a Wild Bikini”.

Although his career took a heavy blow, he still managed to land some roles in movies such as “Village of the Giants” and “Catalina Caper”. After “The Monkey’s Uncle” became a popular movie with numerous positive reviews, the AIP Studio cast Tommy in the film “The Ghost in the Invisible Bikini” and the TV Special “The Wild Weird World of Dr. Goldfoot”, however, they n proved to be major flops, and the bubble was completely shattered.

In one of his interviews, Tommy reflected on his roles in these movies saying: ‘I did some of the worst movies ever made and I got involved with a manager who said it didn’t matter what you did as long as you kept working. He put me in every piece of shit that anybody offered. I did a series of terrible things, but it was only to get the money.’

Despite his dying career, he appeared in “Unkissed Bride”, “Mars Needs Women”, and “It’s Alive!”. However, Tommy felt that these roles didn’t do much for his career, and in 1967 he starred in the action-drama “Track of Thunder”.

Unfortunately, his long-lasting mental issues and prolonged drug abuse were visible at the time, and it was clear that his fragile mental health was taking a toll on his career. He officially hit rock bottom in 1970 when he appeared in a film that was not Screen Actor Guild, subsequently losing his SAG card which showed that he was a member of the TV and film actors union.

Three years later, he enrolled at the Lee Strasberg Theater and Film Institute, while simultaneously working as a busboy at a restaurant in Los Angeles. He last appeared in the 1975 western movie “My Name is Legend” and an episode of the series “The Streets of San Francisco”.

After his prolific and promising career as an actor came crashing down, he turned to drugs for solace, and at one point nearly died from an overdose. In the mid-’70s, he officially gave up on acting and disappeared from the limelight. Reportedly, he was admitted to rehab and began his journey to sobriety. Working mainly as a waiter and chauffeur, in the ’80s he founded a carpet and upholstery cleaning company entitled Tommy Kirk’s Carpet and Upholstery, in San Fernando Valley, which stayed in business for over 20 years. In 1990, he briefly returned to the screen, appearing in several low-budget movies including “Streets of Death”, “Attack of the 60 Foot Centerfold”, and “Little Miss Magic”.

He last appeared in “Billy Frankenstein”, “Club Dead”, and “The Education of a Vampire”. In 2006 he retired from both the entertainment industry and his cleaning company, but during the same year, he was inducted as a Disney Legend. Reflecting on his career, he disclosed “I don’t blame anybody but myself and my drug abuse for my career going haywire. I’m not ashamed of being gay, never have been, and never will be. For that, I make no apologies. I have no animosity toward anybody because the truth is, I wrecked my career.”

In 1973, he came out from the closet and revealed to the world that he was gay in the interview with Marvin Jones. Considering the stigma and negativity surrounding homosexuality at the time, he never disclosed any of his romantic partners.

What was his net worth?

Even though his acting career went down the drain in the ’90s, at the time of his death, his estimated net worth was around $500,000.