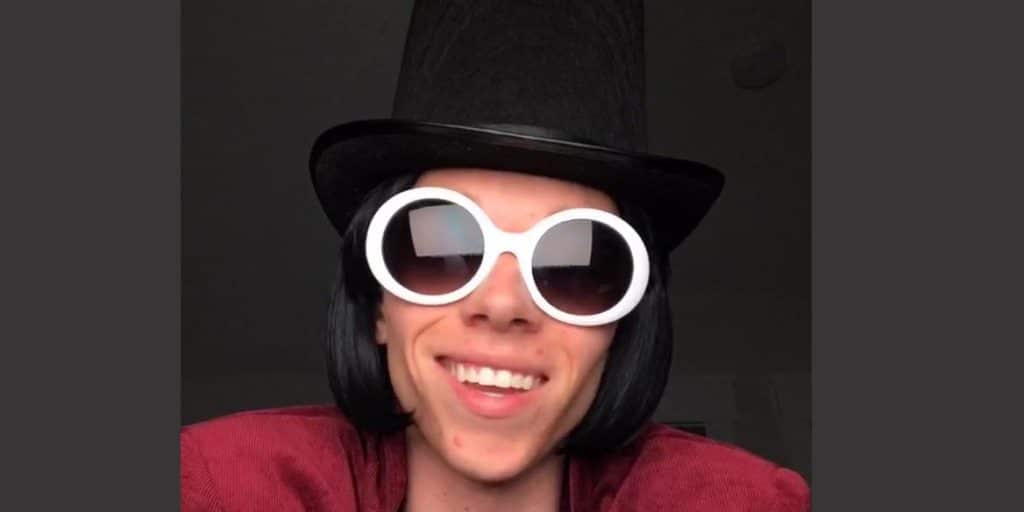 What happened to Willy Wonka TikTok? Canceled, Age, Net Worth

Who is Willy Wonka TikTok?

Tyson Duke Charlesworth, better known by his online names Duke Depp and Willy Wonka TikTok, was born on 12 December 2000 under the zodiac sign of Sagittarius, in Salt Lake City, Utah USA. He’s a 21-year-old social media sensation and comedy content creator, who gained fame for dressing and acting like Willy Wonka, a fictional character from the film “Charlie And The Chocolate Factory” in his videos on TikTok.

How rich is he, as of now? Willy Wonka TikTok Net Worth

As of early 2022, Willy Wonka TikTok’s net worth is estimated at over $1 million, acquired through his successful involvement on the social media scene as a TikTok star. He increases his fortune through various advertisements, sponsorships, and video monetization.

Willy Wonka TikTok spent his early years in his hometown of Salt Lake City, where he was raised by his father, Brian Charlesworth, a businessman who works in the real estate field, and his mother Spring Bengtzen, a housewife.

He has a sister named Kaestle Charlesworth who is a blogger specialized in finance and home projects, and a brother named Chase Charlesworth. He holds American nationality, belongs to White Caucasian ethnic group, and is a Christian. Regarding his education, he attended a local high school in Utah, and upon matriculation furthered his education at a local private university.

Rise to Fame on TikTok

Although he’s always been interested in acting and performing, Duke initially pursued his career as a professional photographer, traveling the globe and visiting such places as New York City, Greece, and Hawaii, where he took wedding photos.

With the rise of various social media platforms, Duke came up with an idea of connecting his love for acting and TikTok. So, he chose to create videos in which he acts as Johnny Depp’s version of the famous Willy Wonka fictional character, from Tim Burton’s film adaptation of Roald Dahl’s children’s novel “Charlie And The Chocolate Factory”, and created his official account on the platform under the username ‘willywonkatiktok’ in May 2020.

His life completely changed in a short time since he quickly got a boost in followers and became one of the most popular TikTok personalities thanks to his excellent portrayal of the role. He refers to his fans as his Dear Children and Oompa Loompas.

In June 2020, he filmed a face reveal video, after which he expanded his content and started filming videos without his Willy Wonka costume. One of his most popular videos is a lip-sync to a scene from the film which he filmed in a collaboration with TikTok star Lexlyfe in August 2020.

Duke launched his official account on YouTube under the name ‘Willy Wonka Tiktok / Duke Depp’ on 20 May 2020.

He’s also active on Twitter, on which he goes by the nickname ‘@WonkaTikTok’, on which he has nearly 50,000 followers.

Duke has also launched his own line of merchandise, which includes such items as hoodies, T-shirts, mugs, ‘phone cases, and other items.

Willy Wonka TikTok has short light brown hair and blue eyes. He stands at a height of 5ft 9ins (1.75m), while his weight is around 128lbs (58kgs). Information about his vital statistics and biceps size isn’t available; his shoe size is 7.5 (US).

Willy Wonka TikTok isn’t very open when it comes to speak about his personal life and there is no information about it to the public. Many of his fans believe that he’s single at the moment, and focused on a professional career rather than love affairs, but is an avid animal lover, and has a dog named Willy Jr.

His current residence is in Los Angeles, California.