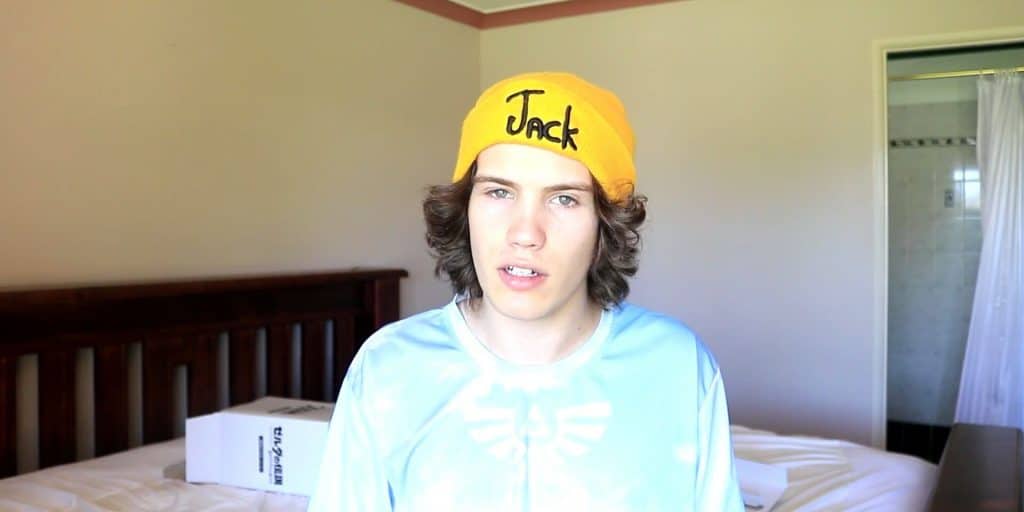 Maxwell Joseph ‘Max’ Stanley, better known by his online alias Maxmoefoe, was born on 10 August 1993 under the zodiac sign of Leo, in Nannup, Western Australia. He is a 28-year-old social media sensation and YouTuber, probably best recognized for creating a variety of content including pranks and challenge videos, and as the co-host of the podcast “Cold Ones”.

How rich is he, as of now? Maxmoefoe Net Worth

As of mid-2021, Maxmoefoe’s net worth is estimated at over $1 million, earned through his successful Internet-based career, which includes sponsored posts, video monetization, and collaborations with other famous social media personalities. He has also increased his wealth through the sales of his merchandise line.

Maxmoefoe spent his early years in his hometown of Nannup; it was reported that his biological parents abandoned him, but he once revealed that he has four siblings – three brothers and a sister, one of his brothers is named Earl. He holds Australian nationality and belongs to White Caucasian ethnic group. Max hasn’t shared any details regarding his education.

Max became an active member of the social media scene when he launched his YouTube channel called ‘maxmoefoe’ on 15 November 2007.

His career officially began in September of the following year, when he uploaded his first video entitled “Stick Man – Breaking Free”, which was an animation; he didn’t start creating videos of comedy content until three years later. His content mostly included prank calls, mail opening videos, and various challenges, all of which earned him a huge number of views and subscribers – Max reached a million subscribers by early 2015. His fan base continued to increase, although he stopped uploading videos in late 2016, but so far he’s garnered over three million subscribers, while his videos have been viewed nearly 295 million times in total.

Some of his most popular videos include “Slip ‘N’ Slide of Death – (Feat. HowToBasic) – World Cup”, “Deadly Twister 2”, and “Super Trash Bros. VS. Dankey Kang”, to name a few.

Max also has a second YouTube channel created on 4 December 2011 under the name ‘maxmoefoetwo’, on which he uploaded comedy videos as well, later expanding his content by adding vlogs. It’s inactive at the moment since he stopped uploading videos in March 2020. As of late-2021, he’s amassed over 1.7 million subscribers, and over 210 million views in total.

Some of the videos that have been viewed over 10 million times are “WINNING THE MEGA JACKPOT!!! – JAPAN ARCADE”, “Glowing 1000 Degree Knife VS Frozen -1000 Degree Knife EXPERIMENT (BELOW ZERO) (NOT CLICKBAIT)”, and “Shiba Puppys First Bath (Not Happy)”, among many others.

Max runs two more channels on YouTube. On 20 March 2020, he created his third channel under the name ‘maxmoefoegames’, and started uploading gameplay videos and other content related to video games. He has played such video games as “Fortnite”, “GTA 5”, “South Park – The Stick Of Truth”, “Pokemon Go”, and many others.

Since he is a huge fan of the Pokémon franchise, Max also has another YouTube channel, called ‘maxmoefoePokemon’, on which he still posts related videos . The channel was launched on 4 July 2012, and has amassed over 1.7 million subscribers and more than 340 million views to date.

Some of his most viewed videos on the channel include “IDUBBBZ IS LITCHERALLY THE LUCKIEST MAN ON THE ENTIRE INTERNET (PULLS BUNCH OF ULTRA RARE CARDS!!)”, “30 Spongebob Meme Toy Capsules – (Yes, actual meme toys)”, and “Opening Every Amiibo Ever Made”, among others.

In addition to his career on YouTube, Maxmoefoe expanded his influence across other social media platforms, which he uses to promote his YouTube videos and other projects. He is active on Instagram under the username ‘maxmoefoeofficial’, on which he has more than 770,000 followers. He also runs his official Twitter account under the nickname ‘@maxmoefoe’ with nearly 950,000 followers, plus he has a line of merchandise, which includes sweatshirts, t-shirts, caps, and others.

Recently, Max became the co-host of the podcast entitled “Cold Case” on the channel of the same name, along with Chad Roberts, better known online as anything4views. They interview various social media personalities; all hosts and guests drink heavily during the interviews. They also live stream and communicate with their audience.

Maxmoefoe has medium-length light brown hair and green eyes. He stands at a height of 5ft 11ins (1.80m), while his weight is around 160lbs (72kgs). Information about his vital statistics, biceps size, and shoe size isn’t available.

Maxmoefoe was romantically involved with social media star XantiaJams, but they eventually separated. He then went on to date a girl named Katharine Foxx., who’s a social media personality as well. They took a step closer to marriage when they became engaged in 2021; she frequently appears in his videos. Their current residence is in Perth, Western Australia.

Max is an avid animal lover, and has a Shiba Inu dog named Kevin who has an Instagram account, and a black cat named Kyo.

He can play the drums as well as the bass guitar. As a teenager, he was a member of a punk band called Your Judgement Means Nothing.