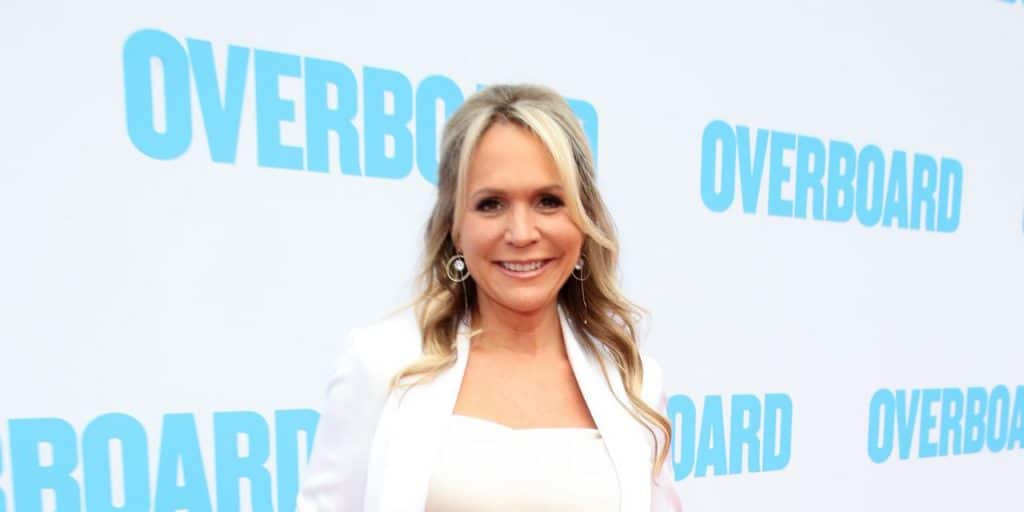 Who is Barbara Alyn Woods?

Barbara Alyn Woods was born in Chicago, Illinois USA, on 11 March 1962 – her zodiac sign is Pisces, and she holds American nationality. She’s an actress with over 50 credits to her name, perhaps known best for her portrayal of Deb Scott (Deb Lee) in the romantic sports series “One Tree Hill”. Created by Mark Schwahn, it starred Chad Michael Murray, James Lafferty and Hilarie Burton, and follows the half-brothers Nathan and Lucas Scott, who are competing on the basketball court, as well as in various other activities; the series aired from 2003 to 2012, and won four of the 31 awards for which it was nominated.

Barbara was raised in Chicago by her parents, about whom nothing’s known as she respects their privacy; she hasn’t spoken of having any siblings, so is believed to be an only child.

Barbara became interested in acting while attending Hinsdale South High School; she was a member of its drama club, and her drama teacher cast her in most of the school plays, often in lead roles. Although she wanted to pursue an acting career straight away, Barbara was urged by her parents to focus on her education, and thus upon matriculating in 1980, she enrolled at Northern Illinois University, from which she graduated with a Bachelor’s degree in 1984. Barbara appeared in various plays in the following four years, before launching her career on TV.

Barbara made her debut TV series appearance with her portrayal of Cheri in the 1988 episode “Mob” of the adventure drama “Sable”, and the following years saw her make a guest appearance in an episode of various hit series, such as the action mystery adventure “Star Trek: The Next Generation”, the comedy “Married… with Children”, and the comedy drama “Hooperman”.

She gained recognition in 1993, when cast to play the lead character Even Sinclair in the popular romantic drama “Eden”, created by Steve Johnson, and which also starred Jeff Griggs and Steve Chase. The series follows the widow Eve who has to remarry if she wants to keep her late husband’s share of the resort Eden.

The remainder of the ‘90s saw Barbara appear in an episode or two of various series, including the drama “One West Waikiki”, the family crime drama “Picket Fences”, and the comedy “Seinfeld”. Between 1997 and 2000, she starred as Diane Szalinski, and also played Jamie Haroofenoogershtein and Druid Princess, in the action adventure comedy “Honey, I Shrunk the Kids: The TV Show”, created by Ed Ferrara and Kevin Murphy, and which also starred Peter Scolari and Hillary Tuck. It follows the genius Wayne Szalinski who has mistakenly shrunken his children, and now has to find a way to return them to their regular size; the series won three of the seven awards for which it was nominated.

Barbara had appeared in only three series in the 2000s: the romantic drama “Providence”, the historical family drama “American Dreams”, and the mystery comedy drama “Desperate Housewives”.

Her most recent TV series role has been her portrayal of Mrs. Caldwell in the 2014 episode “You’re Under Foot” of the comedy “The Goldbergs”; she’s currently shooting for the upcoming episode “Death by Misadventure” of the horror mystery thriller “Chucky”.

She gained recognition in the same year, when she portrayed the supporting character Julie, in the crime thriller drama “Delusion”, written and directed by Carl Colpaert, and which starred Jim Metzler, Jennifer Rubin and Kyle Secor.

It follows a man who has stolen his company’s money, and has picked up a pretty girl and a professional killer while driving through the Nevada desert. A couple of Barbara’s other notable performances in the ‘90s were in the 1992 romantic drama “The Waterdance”, the 1995 science fiction fantasy comedy “Dead Weekend”, and the 1996 romantic comedy “Just Friends”.

In 2009, we saw her play Hannah in the comedy “Port City”, written and directed by Andy Brown, and which starred Matt Lutz, Micah Shane Ballinger and Jodie Sweetin; it follows several people who are living in Wilmington in North Carolina.

Barbara has appeared in only a couple of movies since then – her three most recent roles were in 2019, in the biographical drama “Walk. Ride. Rodeo.”, the family comedy drama “A Christmas Wish”, and the horror comedy “(Future) Cult Classic”.

She performed the song “Big Spender” in the 1998 episode “Honey, It’s Doomsday” of the series “Honey, I Shrunk the Kids: The TV Show”.

Barbara could have been seen featured in the 2011 TV special “The 16th Annual Satellite Awards”.

In 2017, Barbara was nominated for a 168 Film Festival Award for Best Supporting Actress in Non-Speed Film, for her performance in “Remember Me”.

Barbara prefers to keep the details of her love life to herself, but it’s known that she has been married for over two decades now. In 1999, Barbara exchanged vows with the director John Lind, in a private ceremony attended by many of their friends and family members; the two had met two years prior on the set of the series “Honey, I Shrunk the Kids: The TV Show”.

On 21 June 1999, their daughter Natalie Alyn Lind was born, who’s today a popular actress, perhaps known best for her portrayal of Dana Caldwell, in the comedy series “The Goldbergs”.

On 6 May 2002, Barbara gave birth to their second daughter Emily Alyn Lind, who has also become an actress, and is probably known best for her portrayal of Young Amanda Clarke, in the popular drama series “Revenge”.

On 27 July 2007, their third daughter Alyvia Alyn Lind was born, and who has followed in her sisters’ footsteps, and is today known best for her portrayal of Faith Newman, in the soap opera “The Young and the Restless”.

Barbara hasn’t spoken of any other men whom she has perhaps been with, and as of September 2021, she’s married to John Lind, and they have three daughters together.

Barbara became interested in dancing at a very early age, and was six years old when she started taking lessons; she was a cheerleader during her four years at high school.

She’s passionate about travelling, and her acting career has taken her to various US states, many European countries, and several Asian countries; Barbara’s dream travel destination is Paris in France.

She’s a philanthropist, and has donated money to various charity organizations, mostly to those which aim to improve the quality of life for underprivileged children.

The lovely Barbara Alyn Woods, best know for her role on One Tree Hill, takes a beautiful selection of SeneGence skin care and cosmetics products in our exclusive gifting suite bag with her.

Posted by SeneGence on Saturday, February 8, 2020

Barbara was physically highly active during her 20s and 30s, as it was important for her career to stay in shape, however, she no longer works out today.

She has her own favorite actors and actresses, some of whom are Al Pacino, Leonardo DiCaprio and Meryl Streep, and a couple of her favorite movies are “Scent of a Woman”, “Titanic” and “Kramer vs. Kramer”.