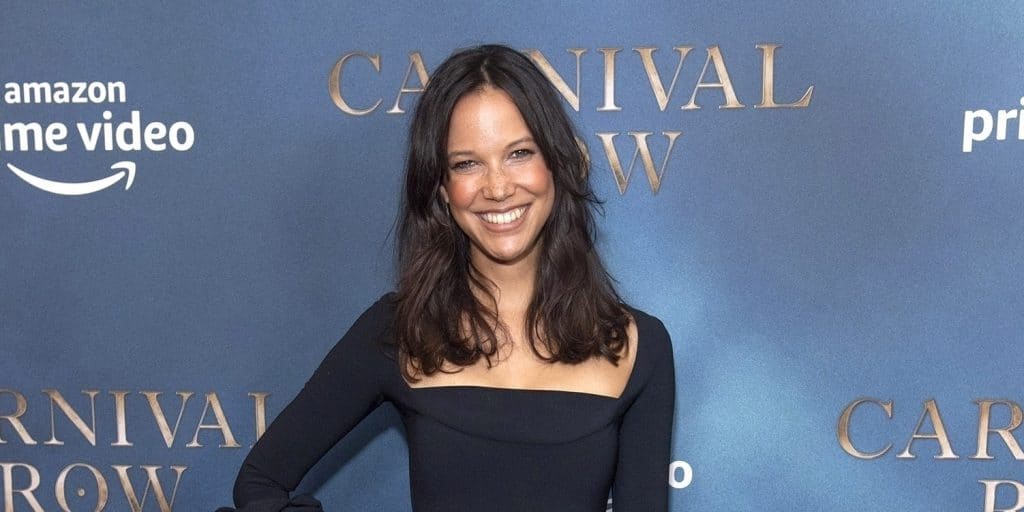 Who is Caroline Ford?

Caroline Ford was born in Chorleywood, Hertfordshire, England, on 13 May 1988 – her zodiac sign is Taurus, and she holds British nationality. She’s an actress and a film director, with 19 acting credits to her name, perhaps known best for her portrayal of Sophie Longerbane in the fantasy crime series “Carnival Row”. It was created by Travis Beacham and Rene Echevarria, stars Jamie Harris, Orlando Bloom and Cara Delevingne, and follows a fairy and a human detective who have fallen in love; the series has been airing since 2019, and has been nominated for 14 awards, including three Primetime Emmy nominations.

Caroline was raised in Chorleywood by her British father and her mother of Trinidadian, Chinese and Scottish descent. Nothing more is known about her parents, as Caroline respects their privacy, and she hasn’t spoken of having any siblings, so is believed to be an only child.

She became interested in acting at a very early age, which was why her parents enrolled her at Carol Kristian Theatre School; Caroline appeared in various plays performed at the school, most often portraying lead characters. Upon matriculating in 2006, she enrolled at St Andrews University, from which she graduated with a Bachelor’s degree in 2010; Caroline continued her education at the same university, and graduated with a Master’s degree in history of art in 2012.

She then launched her modelling career, signing her first contract with the Edinburgh modelling agency Stolen, but also in 2013 attending The Royal Academy of Dramatic Art.

Caroline has appeared in five TV series, including the above mentioned “Carnival Row”. She made her debut TV series appearance with her portrayal of Miriam Creswell in the 2010 episode “Reasons Unknown” of the hit drama “Casualty”, created by Jeremy Brock and Paul Unwin, and which stars Derek Thompson, Tony Marshall and Suzanne Packer. It follows the people who have found themselves in the Accident and Emergency department of the Holby City Hospital’; the series has been airing since 1986, numbering over 1,200 episodes, and has won 13 of the 49 awards for which it has been nominated.

In 2014, Caroline appeared as Lilith in the episode “Heartless” of the action crime adventure “Sleepy Hollow”, and the following year saw her portray Nimue, in three episodes of the critically acclaimed romantic fantasy adventure “Once Upon a Time”, created by Edward Kitsis and Adam Horowitz, and which starred Ginnifer Goodwin, Lana Parrilla and Jennifer Morrison. The series follows a woman who has moved to a small city in Maine, aired from 2011 to 2018, and won 13 of the 114 awards for which it was nominated, including seven Primetime Emmy nominations.

Caroline’s only other TV series role has been her portrayal of Sam in 10 episodes of the action adventure comedy “Free Rein”, which follows the friendship between the 15 years old Zoe and a horse; the series won four of the 15 awards for which it was nominated, airing from 2017 to ‘19.

She gained recognition in 2014, when she was cast to play Halloway in the horror comedy “Asylum”, directed by Todor Chapkanov, and which starred Stephen Rea, Bruce Payne and Dimo Alexiev. It follows a veteran hostage negotiator, who has found out that a supernatural force is forcing asylum patients to commit various atrocities. The same year saw Caroline portray Susanne in the thriller “Still”, as well as Peshet in the action adventure “Hieroglyph”.

The year 2015 saw her play Rochelle in the popular crime drama “Anti-Social”, written and directed by Reg Traviss, and which starred Gregg Sulkin, Meghan Markle and Josh Myers. It follows the lives of two brothers, one a street artist, the other an armed robber.

Three of Caroline’s most recent roles in movies have been in the 2017 short action horror “Crypt”, the 2018 action horror comedy “Nekrotronic”, and the 2019 short drama “No 89”; she’s currently shooting for the upcoming short films “In the Morning” and “Diana”.

Caroline received special thanks for the short drama movie “Her Majesty”.

Caroline prefers to keep the details of her love life to herself, but has still allowed her fans to have a glimpse at it. She has been in a relationship with the British actor and film director Freddy Carter for a couple of years now, but neither has spoken of when exactly they started dating. Freddy’s perhaps known best for his portrayal of Pin Hawthorne, in the series “Free Rein”, and it’s widely believed that they met on its set. The two have uploaded numerous pictures featuring themselves together onto their Instagram accounts – it’s also been revealed that Freddy and Caroline are spending the covid-19 pandemic living together.

Neither has spoken of any other people whom they had perhaps been with prior to meeting each other, so as of September 2021, Caroline’s dating Freddy Carter, she hasn’t married, and doesn’t have children.

Caroline’s a fashionista and a shopaholic, as she goes shopping for clothes multiple times every week.

She’s passionate about traveling, and has been all around Europe as well as to several US states for both work and pleasure; her dream travel destination is Miami in Florida.

Caroline’s favorite season is summer, as she loves to sun tan at the beach, swim in the ocean and play beach soccer. She also likes winter, as she is a skier and snowboarder.

She prefers spending her spare time in nature, rather than in overcrowded cities, and her Instagram account is filled with pictures taken at various natural locations.

Caroline has her own favorite actors and actresses, some of whom are Jim Carrey, Eddie Redmayne and Julia Roberts, and a couple of her favorite films include “Ace Ventura: Pet Detective – When Nature Calls”, “Les Miserables” and “The Runaway Bride”.

As of September 2021, her net worth has been estimated at close to $2 million.