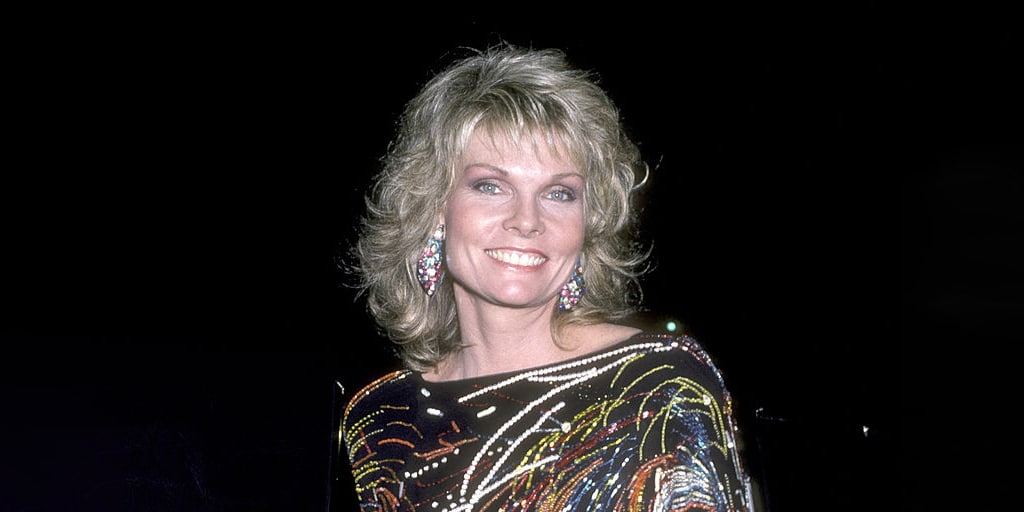 Who is Cathy Lee Crosby?

Cathy Lee Crosby was born on 2 December 1944 under the zodiac sign of Sagittarius, in Los Angeles, California USA. She is a 76-year-old actress and former professional tennis player, probably best recognized for her work on such film and TV titles as “The Laughing Policeman”, “The Player”, and “Ablaze”. She is also known for having been a co-host of the ABC reality show “That’s Incredible!” from 1980 to 1984.

How rich is she, as of now? Cathy Lee Crosby Net Worth

As of mid-2021, Cathy Lee Crosby’s net worth is estimated at over $50 million, acquired through her successful involvement in both sports and entertainment industries. She has garnered nearly 40 television and film acting credits during her acting career from 1968 to 2016.

Cathy Lee Crosby spent her early years in her hometown of Los Angeles, where she was raised by her parents. Her father, Louis Clayton Crosby, was a scriptwriter-songwriter as well as the National Commercial Spokesman for Dodge Automobiles in the ABC variety show “The Lawrence Welk Show”, while her mother, Linda Hayes, was an actress. Her parents eventually divorced, and her father moved to Australia. She is the middle three daughters – her sisters are Lucinda Crosby and Linda Lou Crosby. Cathy holds American nationality and belongs to White Caucasian ethnic group. Regarding her education, Cathy attended the University of Southern California, from which she graduated cum laude with a degree in Psychology in 1968.

Cathy Lee Crosby started playing tennis when she was 12 years old, and eventually distinguished herself as a professional tennis player, ranking No. 7 in singles in tUS junior tennis, and No. 4 in doubles, which she mostly played with her sister Linda Lou. She competed at Wimbledon twice before she retired from the sport in the late 1960s.

Cathy’s professional acting career began in 1968, when she made her debut TV appearance as Susan in the episode “The Lay Of The Land” of the ABC action-adventure series “It Takes A Thief”, while she made her feature film debut as Ann Chris in a film version of Michael Shurtleff’s three-act play “Call Me By My Rightful Name” in 1972. She then shared the screen with Walter Matthau and Bruce Dern in the 1973 police procedural film “The Laughing Policeman”, directed by Stuart Rosenberg.

At the time, she also made guest appearances in such TV series as “Marcus Welby, M.D.”, “Emergency!”, and “Cannon”, among others.

Cathy Lee Crosby’s big break came in 1974 when she was chosen to portray the title character in the made-for-TV superhero film “Wonder Woman”, directed by Vincent McEveety and based on the DC Comics character. It was a pilot for TV series considered by ABC but eventually rejected. In 1975, she guest-starred as Helen of Troy in an episode of the ABC sci-fi series “Kolchak: The Night Stalker”, after which she played Lynn Strong in the 1976 crime drama film “Trackdown”, next to James Mitchum. It was followed by her portrayal of Angel in the made-for-TV action thriller film “Keefer” in 1978, and her next remarkable appearance came later that year, with the role of Randy Rawlings in the sports comedy film “Coach”, sharing the screen with Michael Biehn.

By the end of the decade, Cathy had also starred as Zoe Owens in the sci-fi horror film “The Dark” (1979), next to William Devane, and Tracy Carter in the made-for-TV action thriller film “Roughnecks” (1980).

Between 1980 and 1984, along with John Davidson and Fran Tarkenton, Cathy served as a co-host of the ABC reality show “That’s Incredible!” in which people with unusual talents competed; the series was a major success. Concurrently, she continued her acting career, and was cast as Major Kate Breckenridge in the 1982 NBC thriller miniseries “World War III”, sharing the screen with Brian Keith, Rock Hudson and David Soul. From 1983 to ‘87, she took the supporting role of Janet Weaver McDermott in the ABC primetime soap opera “Hotel”.

In the meanwhile, she also played Shauna in the 1986 made-for-TV drama film “Intimate Strangers”, after which she appeared as herself in the 1992 Academy Award-nominated satirical black comedy film “The Player”, directed by Robert Altman. It was followed by her portrayals of Maggie Bernard in the Lifetime drama film “Untamed Love”, for which she also served as an executive producer, and Judith Main in the ABC miniseries “North And South: Book 3, Heaven & Hell”, which is the third installment of the “North And South” miniseries, both in 1994.

Two years later, she featured as Lynn Wyman in the made-for-TV drama film “A Memory In My Heart”, and portrayed Sandy Holmestead in the made-for-TV thriller film “Final Run”. It was followed by her portrayals of Elizabeth Sherman in the direct-to-video action disaster film “Ablaze”, alongside John Bradley and Tom Arnold, and Mary in the made-for-TV family drama film “The Sons Of Mistletoe”, both in 2001. In the next year, she was cast as Nancy in the made-for-TV romantic drama film “Dancing At The Harvest Moon”, but it went uncredited. She then retired from acting. but briefly returned to play Nona in the drama film “Prayer Never Fails” in 2016, but hasn’t been active since then.

Pardon me miss Crosby icant help but tell you how much I♥️🌹🌹🌹🌹🌹🌹🌷the episode of the night stalker show youth killer you had a powerful exhilarating, convincing character Darrin McGavin was a card i bet he was cool to work with your wonder woman's a very good movie . pic.twitter.com/ME4oCxLO6D

Apart from her career in film and on TV, Cathy Lee Crosby is also known for her stage work. She made her debut in an Off-Broadway production of the play “Almost Perfect” in New York City. She later wrote, directed, and appeared in the play “Zoot Suit: The Real Story”, as well as the play “They Shoot Horses, Don’t They?”, for which she was awarded the Outstanding Contribution to the Arts Award from the City of Los Angeles.

Furthermore, Cathy Lee is known for being the founder and CEO of the production company called CLC Entertainment Studios.

Besides that, she’s an author – her first book, “Let The Magic Begin: Opening The Door To A Whole New World Of Possibility”, was published in 1997. She is currently writing the book entitled “Life Is A Work Of Art, So Why Not Make It A Masterpiece!”.

Cathy Lee Crosby has dated many men. She was also married to a non-celebrity man named Alexander W. Ingle – the couple tied the knot on 30 July 1966, but their marriage was short-lived since they divorced within two years. She then dated music artist Don Henley for a couple of months, and was briefly romantically linked to actor Michael Dante. In the mid-1970s, Cathy was in a relationship with actor Richard Roundtree, then following their split, Cathy briefly dated Prince Albert of Monaco.

In the early 1980s, she became romantically involved with professional gridiron football player Joe Theismann; however, they called it quits in 1991, after which she sued him for $4.5 million because he “abandoned his promise to financially support her”; he responded with a countersuit and they eventually settled out of court. Since then she’s managed to keep her private life for herself; it’s believed that she’s single as of late-2021.

Cathy Lee is known for her philanthropy. She has collaborated with many charitable organizations, such as Juvenile Diabetes Foundation, City of Hope, the USO, and Babies with Aids, to name a few. She also served as a Special Ambassador to Children for the United Nations and was a member of the Board of Directors of the Congressional Awards.

She launched and served as Chairperson of the Get High on Yourself Foundation – for her efforts, she’s been knighted Lady Cathy Lee Crosby by the Royal Order of Saint John.

Cathy Lee Crosby is an avid art collector, and has some pieces from such artists as Picasso, Miro, and Dali, among others.

In her spare time, she enjoys racing cars and skydiving.

She trained in all forms of ballroom dancing, and learned to perform some tricks and aerial stunts.

Her favorite actors and actresses are Clint Eastwood, the late Marlon Brando, and Meryl Streep.

Some of her favorite film titles include “Gran Torino”, “Kramer Vs. Kramer”, and “A Streetcar Named Desire”.

She was a follower of Scientology for a short period.