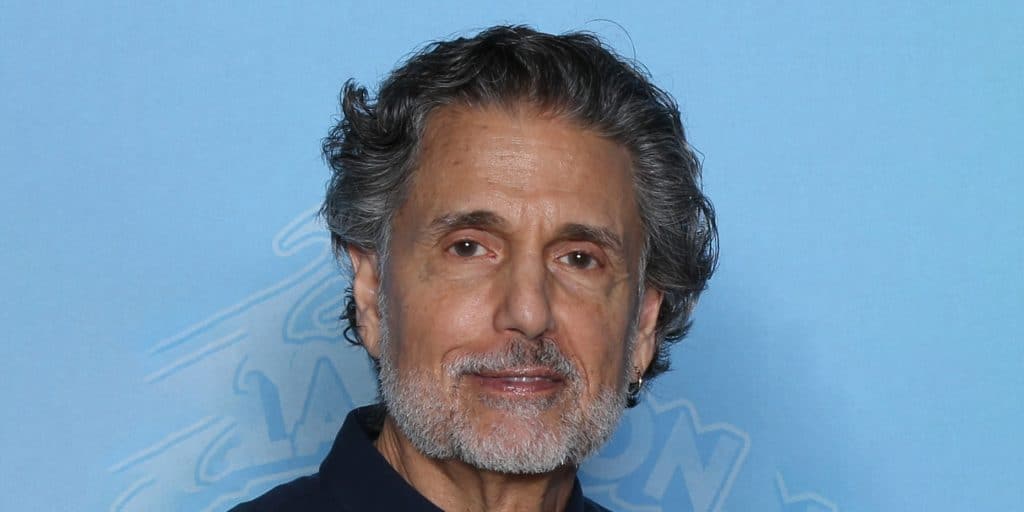 Chris Sarandon is an American actor, perhaps still best known for playing the role of Jerry Dandridge in “Fright Night” (1985), and Jack Skellington in “The Nightmare Before Christmas” (1993). Now retired after several decades of acting, the actor has kept a low profile since 2016.

All you need to know about Hollywood’s veteran actor is outlined in the biography below.

Christopher ‘Chris’ Sarandon was born on 24 July 1942 under the zodiac sign of Leo, in Beckley, West Virginia USA. His parents, Chris Sarandon and Cliffie Cardullias, were of Greek descent – his father’s surname was originally Sarandonedes – therefore Chris has Greek ancestry and holds American nationality.

Chris’ parents were famous restaurateurs in West Virginia, where Chris and his siblings were raised. He matriculated from Woodrow Wilson High School, Beckley, and subsequently obtained his Bachelor’s Degree in Speech from West Virginia University. While in college, Chris was active in campus politics, and also took acting classes; however, at that point he didn’t consider acting professionally.

He went on to gain his Master’s degree in education at The Catholic University of America, Washington, D.C.

Upon graduation from college, Chris delved fully into theater, and toured with improvisational companies, making his acting debut in “The Rose Tattoo” (1965).

In 1970, he landed the role as Jacob Rothschilds in the Broadway musical “The Rothschilds”, cast alongside Hal Linden, Jill Clayburgh, Keen Curtis and Paul Hecht.

In 1971, he played on Broadway as Proteus, in the adaptation of William Shakespeare’s “Two Gentlemen of Verona”. In an off-Broadway production of  John Guare’s “Marco Polo Sings a Solo” (1977), Sarandon portrayed Tom Wintermouth opposite Madeline Kahn, Anne Jackson, and Joel Grey.

Chris Sarandon returned to the theater in 2005 after a 14-year hiatus, to play Signor Naccarelli in “The Light in the Piazza”, a Broadway musical based on the 1960 novella by Elizabeth Spencer.

Two years later, he was cast as Comte de Guiche in the Broadway Revival of “Cyrano de Bergerac” (2007), and returned to theater yet again in 2011, to perform in an off-Broadway production of “Through a Glass, Darkly”, and to play the role of Karry Max Cook in Broadway’s “The Exonerated” (2012).

Sarandon’s most recent theater performance was in Dave Malloy’s musical “Preludes” in 2015, in which he portrayed Tchaikovsky, Leo Tolstoy, Anton Chekhov, Tsar Nicholas II, Alexander Glazunov, and The Master.

Chris Sarandon is currently on the Advisory Board of the Greenbrier Valley Theatre in Lewisburg, West Virginia.

Three years after his theater debut, Sarandon relocated to New York City, where he landed his first on-screen role as Dr. Tom Halverson for the American soap opera, “The Guiding Light,” between 1973 and 1974.

Subsequently, he appeared in film roles, including in “The Satan Murders” (1974) and “Dog Day Afternoon” (1975), the latter earning him nominations for a Golden Globe Award and an Oscar. He then played Gordon Stuart in the thriller “Lipstick” (1976), and took the role of a demon in the American horror “The Sentinel” (1977).

To prevent the typecasting trap that most actors fall into, Sarandon took a break from playing villainous roles, and appeared in the titular role of Christ in “The Day Christ Died” (1980). He then co-starred with Dennis Hopper and Craig T. Nelson in “The Osterman Weekend” (1983), based on Robert Ludlum’s novel of the same name, followed by playing Jacque Marchant in the film “Liberty” (1986), which centered around making New York City’s Statue of Liberty.

In Tom Holland’s directorial debut “Fright Night” (1985), Sarandon played Jerry Dandridge, the vampire responsible for the disappearance of several victims. He was subsequently nominated as the Best Actor at the 13th Saturn Awards, but lost to Michael J. Fox. Then he portrayed Prince Humperdinck, heir to the throne of Florin, in “The Princess Bride” (1987).

In 1993, Chris had the voice role of Jack Skellington in the animated dark fantasy holiday film, “The Nightmare Before Christmas”. Jack, also known as the Pumpkin King, helps the citizens of Halloween Town to prepare for the annual Halloween celebrations, until he walks into Christmas Town through a tree door. He reprised his voice role as Jack in numerous video games, such as “Kingdom Hearts” (2002), “The Nightmare Before Christmas: Oogie’s Revenge” (2005), and “Disney Infinity” (2013).

In 1993 and 1994, he guest-starred as Cole in the American family drama “Picket Fences” and Martuz Mazur in “Star Trek: Deep Space Nine”.

According to Rotten Tomatoes, his highest rated film is “The Princess Bride”, with a 98% rating, and his lowest-rated is “Frank The Bastard” (2013) with a 10% score.

Chris Sarandon has been married thrice. He met actress Susan Tomalin while he studied at the Catholic University of America. They married in 1967, and they were together until 1979 when they divorced; Susan retained her married name and is still known as Susan Sarandon.

The following year, he married the famous fashion model Lisa Ann Cooper. They had three children together, namely Stephanie (born in 1982), Alexis (1984), and Michael (1988). After nine years of marriage, they divorced in 1989, but continued to co-parent.

Chris Sarandon married his third wife, actress/singer Joanna Gleason, in 1994. Since meeting on the set of Broadway’s 1991 musical “Nick & Nora”, the couple have co-starred in various films and theater productions such as “Thorn and Bloom”, “Edie & Pen”, and “American Perfekt”.

In a 2018 interview with Cryptic Rock, Chris shared that he was writing a memoir of his early life and career. However, he has yet to give recent updates about the book.

He and his wife currently live in his hometown of Beckley, West Virginia.

Chris Sarandon is 6ft 1in (1.85m) tall and weighs around 165lbs (75kgs); he has short brown hair and brown eyes. For most public appearances, you’ll find Chris dressed in a button-down shirt or a tailored suit.

At the time of this writing, the 79-year old actor has an estimated net worth of over $5 million. Details of property owned by the actor and his family remain private.