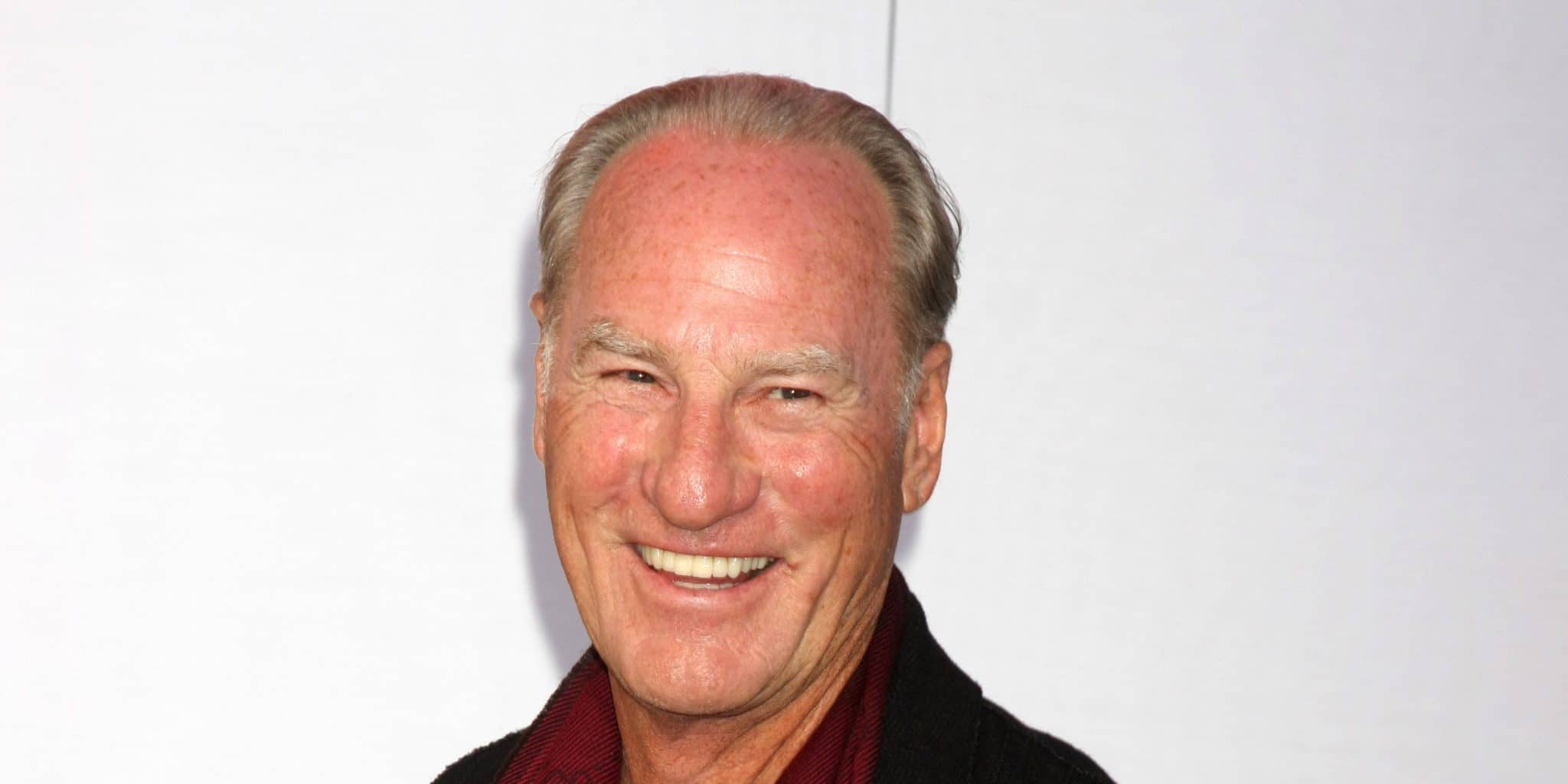 Who is Craig T. Nelson?

Craig Theodore Nelson was born in Spokane, Washington State USA, on 4 April 1944 – his zodiac sign is Aries, and he holds American nationality. He’s an actor, film producer and director, who has appeared in over 100 movies and TV series, while he’s perhaps still known best for his portrayal of the lead character Coach Hayden Fox, in the critically acclaimed sports comedy series “Coach”. It aired from 1989 to 1997, also starred Jerry Van Dyke and Bill Fagerbakke, and follows Hayden Fox who’s coaching football at a university; the series won 14 awards, including two Primetime Emmys, while it was nominated for 27 other awards.

Craig was raised in Spokane alongside his brother Dayle Cole, by their father Armand Gilbert Nelson, and their mother Vera Margaret; Armand was a businessman who died in 1964, aged 64, while Vera was a dancer, and she died in 1971, also aged 64.

Craig T. Nelson has been a familiar face for 50 years on shows like COACH. See him on CHARLIE'S ANGELS — 8p ET on getTV. What's your favorite role?

Craig became interested in sports at a very early age, and played various during his four years at Lewis and Clark High School, including baseball, basketball and football. Upon matriculating in 1962, he enrolled at Central Washington University, however, he was eventually expelled, and then enrolled at Yakima Valley College. It was during his time at Yakima that Craig became interested in acting, mostly because he was encouraged by his drama teacher Mr. Brady, who urged Craig to appear in plays; he then received a scholarship to the University of Arizona, at which Craig studied drama. He graduated in 1969, and then focused on his acting career.

Craig’s initial desire was to become a comedian; he was amongst the first members of the comedy troupe The Groundlings, and then in the early ‘70s was a member of a comedy team comprising Craig, Rudy De Luca and Barry Levinson.

His first role in a TV series was his portrayal of multiple characters in the 1970 musical comedy “The Tim Conway Comedy Hour”, while a couple of his following appearances were in a 1973 episode of the comedy “The Mart Tyler Moore Show”, the episode “Angels on the Run” of the action crime adventure “Charlie’s Angels”, and the episode “The Deadly Sting” of the action adventure fantasy “Wonder Woman”, both in 1978.

Craig gained recognition in 1982, when cast to play Kenneth A. Dutton in the drama “Chicago Story”, created by Eric Bercovici, starred Maud Adams, Vincent Baggetta and Molly Cheek, and which follows several people who are living in the Windy City, including two doctors, two detectives and three lawyers. In 1984 and 1985, Craig played Colonel Raynor Sarnac, one of the main characters in the drama “Call to Glory”; the remainder of the ‘80s saw him appear solely in movies.

In 1990, Craig starred as Harley Steimetz in the crime mini-series “Drug Wars: The Camarena Story”, which went on to win two awards, including a Primetime Emmy, while it was nominated for two other awards. The rest ‘90s saw him appear in only a couple of other series, such as the adventure science fiction mini-series “The Fire Next Time”, the action science fiction horror “Creature”, and the crime thriller drama “To Serve and Protect”.

Between 2000 and 2004, Craig starred as Chief Jack Mannion in the crime comedy drama “The District”, created by Terry George and Jack Maple, and which also starred Roger Aaron Brown and Sean Patrick Thomas. It follows the life of police chief Mannion who’s working in Washington D. C., and the series won two of the 17 awards for which it was nominated, including a Primetime Emmy nomination.

Craig has since appeared in only a couple of TV series, with some of his most recent roles having been in the comedy “Grace and Frankie” in 2015, the short animated comedy “Pixar Popcorn” (voice role) and the comedy “Young Sheldon” both in 2021.

Craig made his debut film appearance in the 1971 horror “The Return of Count Yorga”, written and directed by Bob Kelljan, and which starred Robert Quarry, Mariette Hartley and Roger Perry; it follows Count Yorga who’s killing local people, and is looking for a new wife. The remainder of the ‘70s saw him appear in only a couple of other films, such as the comedy “Bachelor-at-Law”, the  fantasy horror “Scream Blacula Scream” both in 1973, and the 1974 science fiction comedy “Flesh Gordon”.

In 1980, Craig was cast to play Deputy Ward Wilson, in the crime comedy “Stir Crazy”, directed by Sidney Poitier, and which starred Gene Wilder, Richard Pryor and Georg Stanford Brown; it follows two friends who have been sent to jail for something they haven’t done.

In 1982, he was Steve Freeling, in the evergreen horror thriller “Poltergeist”, which won four of the 14 awards for which it was nominated, including three Oscar nominations; a couple of Craig’s other notable performances in the ‘80s were in the 1983 romantic sports drama “All the Right Moves” (starred alongside Tom Cruise and Lea Thompson), the 1984 biographical historical drama “The Killing Fields”, and the 1988 action crime comedy “Action Jackson”.

Craig starred in the 1996 thriller drama “If These Walls Could Talk”, alongside Demi Moore and Shirley Knight, which follows three women who had problems with abortion in 1952, 1974 and 1996 – the movie won four of the 23 awards for which it was nominated, including four Primetime Emmy nominations. The ‘90s also saw Craig appear in the hit historical drama “Ghosts of Mississippi”, and the evergreen comedy “Wag the Dog”, which starred Robert De Niro and Dustin Hoffman.

He has sung songs in several movies and TV series, including the 1987 film “Red Riding Hood”, the 2000 pilot episode of the series “The District”, and the 2011 episode “A House Divided” of the series “Parenthood”.

Craig has made a guest appearance in numerous talk-shows, such as “The View”, “Entertainment Tonight” and “The Talk”.

Craig has won five of the 21 awards for which he’s been nominated; he has been nominated for three Primetime Emmys, winning one in 1992 for Outstanding Lead Actor in a Comedy Series, for his performance in “Coach”.

He also won a 2005 Visual Effects Society Award for Outstanding Performance by an Animated Character in an Animated Motion Picture, for “The Incredibles”, and a 2012 Prism Award for Male Performance in a Drama Series Multi-Episode Storyline, for “Parenthood”.

Craig exchanged vows with his first wife Robin McCarthy on 12 June 1965, in a private ceremony attended by their closest friends and family members. They have three children together: Noah, Tiffany and Christopher.

Noah has become a popular actor, film writer and producer, who’s probably known best for having written numerous episodes of the series “Hawaii Five-0”, “Secrets and Lies” and “CSI: NY”.

In 1987, he married Doria Cook-Nelson, an American actress, karate instructor, freelance writer, and a tai chi teacher. The two have since been leading a seemingly happy life together.

As of October 2021, Craig’s married to his second wife Doria Cook-Nelson, and has three children with his first wife Robin McCarthy; he also has eight grandkids, and three great-grandkids.

Prior to becoming an actor, Craig dreamed about becoming a Hydroplane racer, which his father believed to have been impossible.

Craig’s into martial arts, and still practices Tae Kwon Do, in which he holds a brown belt.

He enjoys playing golf with his friends in his spare time, and is a member of Sherwood Country Club found in Thousand Oaks, California.

Craig’s passionate about motorsports, and is also a racer. He placed 9th at the 1991 Toyota Celebrity Long Beach Grand Prix, and a year later, Craig and John Christie founded Screaming Eagles Racing.

He has his own favorite actors and actresses, some of whom are Tom Cruise, Morgan Freeman and Amanda Seyfried, while a couple of his favorite films include “The Last Samurai”, “The Shawshank Redemption” and “Dear John”.