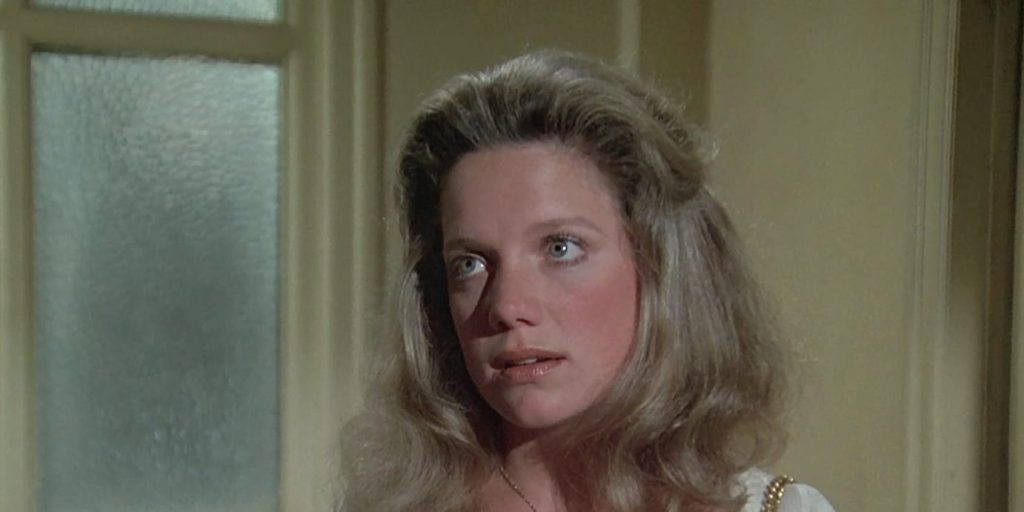 What Is Gretchen Corbett Doing Today? What Happened To Her?

Gretchen Corbett is an established American theatre director, and film, TV and stage actress who is probably best known for portraying Beth in the crime TV series “The Rockford Files.”

Born Gretchen Hoyt Corbett under the Leo zodiac sign on 13 August 1947, in Portland, Oregon, “The Rockford Files” star is currently 74 years old. Her parents were Katherine Minahen ‘Kay’ Corbett, a housewife, and Henry L. Corbett Jr., a successful businessman, who raised her alongside her two brothers and sister in Portland. Her grandfather, Henry L. Corbett was a politician and a civic leader, and her great-great-grandfather – Henry Winslow Corbett – was a popular businessman, and an Oregon senator.

She is of English descent from her paternal side, with her ancestors originating from Suffolk, Norfolk and Essex. Gretchen spent most of her childhood in Portland’s Camp Sherman village, until in her later childhood when her family returned to Portland, where her mother worked as an executive in the University of Portland.

Gretchen’s parents took her to the Oregon Shakespeare Festival when she was seven years old – she was so captivated by the plays that she instantly developed a knack for acting, and when she attended Catlin Gabel School, joined the drama club and appeared in almost all of the plays that the school held.

During an interview, the Oregonian actress revealed that she rode her horse for close to eight miles (approximately 13 kilometres) to school everyday; she didn’t like the experience at that time, but looking back at her early life, she confessed that it was captivating and adventurous. She was also apprenticed as a teenager to the Carnival Theatre Camp, situated in Oregon University, before she was enrolled in Pittsburgh’s Carnegie Tech, where she studied drama after matriculating in 1965, however, she quit before graduating to pursue her acting career.

Hoyt is a philanthropist, and has donated to several foundations. She is the Haven Project’s artistic director, the foundation created to help disadvantaged children who are passionate about acting – she pays for their training in Portland theatres of their choice.

During her 30s and 40s, she enjoyed traveling and would regularly visit various US states. She’s also journeyed through various destinations, including Paris, Athens and Tokyo.

She likes watching films, and her favorite actresses and actors are Angelina Jolie, Matt Damon, Robert De Niro. Her favorite movies are “Good Will Hunting,” “Taxi Driver,” “Lara Croft: Tomb Raider – The Cradle of Life,” among others.

Gretchen made her stage debut in “Othello” as Desdemona, in 1966 at the Oregon Shakespeare Festival.

In the following year, she appeared in “Arms and the Man” and “Romeo and Juliet”, and in the same year portrayed Sonya in the play “After the Rain”, which was performed at the John Golden Theatre, marking her Broadway debut. Subsequently, she made a Broadway appearance as Iphigenia in “Iphigenia in Aulis.” Her next role was in 1972 in “Moonchildren”; she made her most recent stage appearance in 2019 in “The Breath of Life,” in which she portrayed Madeleine Palmer.

In her theatre career, Gretchen has more than 25 credits to her name and some of her other popular stage appearances include “Forty Carats” (Broadway) and “The Government Inspector,” among many others.

Hoyt made her film debut in 1969, as Barbara in the comedy movie “Out of It,” which was directed and written by Paul Williams, before she portrayed The Girl in “Let’s Scare Jessica to Death” two years later. She landed the supporting role of Jenny in 1975’s “Knuckle” drama, and subsequently appeared in the historical war film “Farewell to Manzanar,” alongside Dori Takeshita, Nobu McCarthy and Yuki Shimoda.

Gretchen’s next supporting roles were in the films “The Savage Bees” and “The Fatal Weakness” comedy films, before she was cast to play the major role of Linda in the romantic biographical film “The Other Side of the Mountain: Part II.”

The Haven Project’s artistic director made her TV series debut in 1967. as Meg in the romance-war drama “Love Is a Many Splendored Thing”, before making guest appearances in 1968’s crime drama “N.Y.P.D.” and 1972’s “NET Playhouse” historical biographical drama series. She landed a guest-starring role in the “Town in Chains” episode of the “Gunsmoke” series, before she was selected to appear in the 1980’s “Family” drama, which starred Gary Frank, James Broderick and Sada Thompson. She subsequently appeared in a few episodes of 1981’s “One Day at a Time,” ” Today’s F.B.I.” in the following year, and 1983’s “The Mississippi” legal drama.

Corbett made her most recent appearance in 2017’s comedy “Portlandia,” in which she played the role of Gretchen Oliver, in the TV series created by Carrie Brownstein and Fred Armisen.

The Oregon-born star was previously in a romantic relationship with Robin Gammel, who is a famous Canadian actor known best for his applauded roles in the films “The Star Chamber,” “Raid on Entebbe,” and “The Concorde… Airport ’79” among others. The duo started dating in the ’70s, and welcomed their first child, a daughter named Winslow Corbett, in 1979 – she followed in her parent’s footsteps, and is now an established actress. The couple dated for several years before they parted ways.

Since then Gretchen hasn’t introduced anyone as her boyfriend or husband, however, she’s rumored to be dating several men, with some of her fans claiming to have seen her on dates in Los Angeles’ streets on several occasions. She hasn’t confirmed these rumours, so she’s single as of 2021, with one child.

Gretchen’s successful acting career both as an on-screen and stage actress has earned her fame and a fortune; she has more than 90 credits to her name. As of 2021, she is worth an estimated $1.5 million according to authoritative sources.