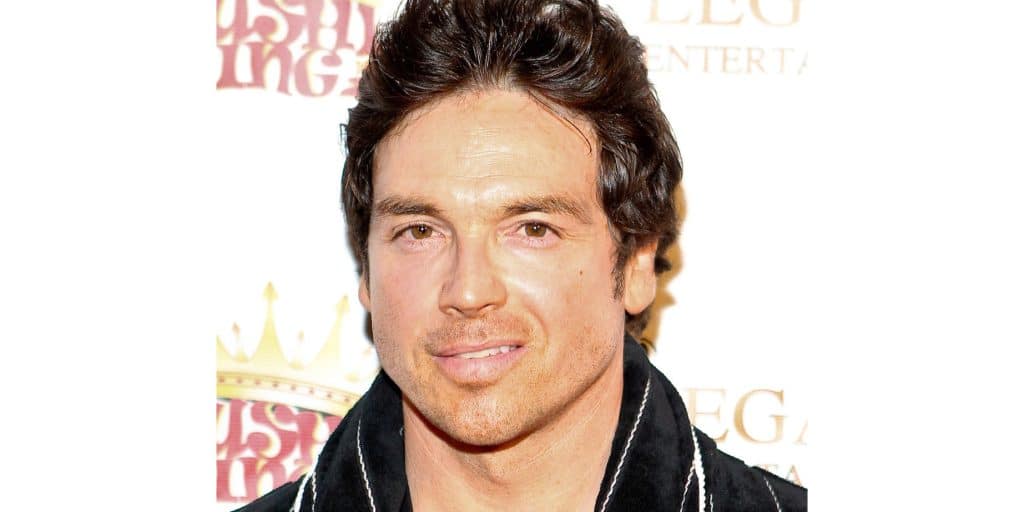 Who is Jason Gedrick?

Jason Michael Gedrick was born in Chicago, Illinois USA, on 7 February 1965 – his zodiac sign is Aquarius, he holds American nationality and is of Polish descent. He’s an actor, film writer and director, who has appeared in close to 100 movies and TV series, while he’s perhaps still known best for his portrayal of Jerry, in the sports drama series “Luck”. It was created by David Milch, starred Dustin Hoffman, Dennis Farina and John Ortiz, and follows the lives of several people who are all somehow connected to the same horse racing track; the series aired in 2011 and 2012, and won two of the seven awards for which it was nominated.

Jason hasn’t appeared in any movies or TV series in the past two years, but hasn’t officially retired from acting.

Jason was raised in Chicago alongside his brother Joel and sister Dawne, by their parents about whom nothing’s known, as Jason respects their privacy.

He became interested in acting while attending Gordon Technical High School, and it was during his four years there that his parents divorced; Jason’s siblings went on to live with their father, while he stayed with his mother. He matriculated in 1983, and wanted to pursue a career in the film industry straight away, however, Jason was urged by his parents to continue his education, and thus enrolled at Drake University, but dropped out after only a single semester, and moved to Hollywood, Los Angeles to chance an acting career.

It follows the boy Mick O’Brien who has become involved in criminal activities, and has accidentally killed another boy; the movie won Sean Penn a Los Angeles Film Critics Association New Generation Award. Jason appeared in a couple other popular movies in the ‘80s – the 1986 action war thriller “Iron Eagle”, the 1987 drama “Promised Land”, and the 1989 Oscar-winning biographical war drama “Born on the Fourth of July”.

He starred as Tim Reese in the 1992 comedy drama “Crossing the Bridge”, and played the lead character Patrick in the 1995 drama “Dare to Love”. He appeared in only two other movies in the ‘90s: the mystery crime drama “Silent Cradle” and the thriller “The Third Win”, both in 1997.

He started the 2000s with a starring role in the 2001 romantic comedy drama “Summer Catch”, while a couple of Jason’s following roles were later that year in the  crime thriller drama “One Eyed King”, the 2002 fantasy horror drama “Strange Frequency 2” and the 2005 romantic comedy “Jesus, Mary and Joey”. Jason portrayed one of the main characters, Franko Russo, in the 2008 biographical crime drama “Wisegal”, directed by Jerry Ciccoritti, and which also starred Alyssa Milano and Janet Wright. It follows the widowed mother of two, Patty Montanari, who is now in a relationship with Frank Russo, a member of a New York City crime family.

Jason appeared in only a couple of movies in the 2010s – his three most recent film roles have been in the 2016 thriller “The Turn”, the  drama “Bella’s Story” and the thriller “Acts of Desperation” both in 2018.

He made his debut TV series appearance with his portrayal of Gary Connaloe in the 1987 episode “Stacking” of the romantic comedy drama “American Playhouse”.

His first lead role was in the 1993 drama “Class of ‘96”, which also starred Megan Ward and Brandon Douglas, and follows seven students who have just enrolled at Havenhurst College. Jason also starred as Bailey Connors in the 1994 drama “Sweet Justice”, and as Neil Avedon in the 1996 mystery crime drama “Murder One”. Some of his other notable performances in the ‘90s were in romantic crime drama “EZ Streets”, the crime drama “The Last Don” and the crime action “The Last Don II”.

Each episode follows a single crime from multiple points of view, and it won seven of the 16 awards for which it was nominated, including a Primetime Emmy nomination. Jason spent the remainder of the 2000s guest starring in an episode or two of various series, such as the romantic drama “North Shore”, the drama “S. O. S. 18”, and the mystery crime drama “Crossing Jordan”.

He’s also known for his portrayal of George Novikov in 10 episodes of the critically acclaimed mystery crime drama “Dexter”, created by James Manos Jr., and which starred Michael C. Hall, Jennifer Carpenter and David Zayas. The series follows the American serial killer Dexter Morgan, who’s committing crimes at night and solving others during the day; it aired from 2006 to 2013, and won 57 awards, including four Primetime Emmys, while it was nominated for 196 other awards.

Three of Jason’s most recent roles in TV series have been in five episodes of the 2017 mystery drama “Trouble Creek”, the 2018 episode “The Dance of Love” of the mystery crime drama “Criminal Minds”, and the 2019 episode “The Roger and Me” of the action crime comedy “Lethal Weapon”.

Jason worked as an executive consultant on the 2000 crime series “Falcone”.

He received special thanks for the 2008 documentary movie “Witnessing Headlines”.

Jason has been featured in a number of documentaries, such as the 2006 short video “Backdraft: Bringing Together the Team”, the 2008 series “Make or Break TV”, and the 2012 series “Marie”.

He sang the song “Hark, The Herald Angels Sing” in the 2015 episode “Chapter Four: Fugazi” of the crime series “Bosch”.

Jason has made a guest appearance in a couple of talk-shows, such as “Crook & Chase”, “The Daily Show” and “The Rose O’Donnell Show”.

Jason prefers to keep the details of his love life to himself, but it’s still widely known that he was once a married man.

He exchanged vows with the non-celebrity American Dana Lavas in 1989, in a private ceremony attended by only the closest of their friends and family members.

Prior to meeting his future wife, Jason was in a relationship with the American actress Daphne Zuniga in 1986, and dated another American actress, Tracy Scoggins, in 1988.

He hasn’t spoken of any women whom he has perhaps been with since his divorce from Dana, so as of February 2022, Jason is single, was once married and has three sons.

Jason was physically quite active in his 20s and 30s, and worked out at the gym nearly every day; he still works out today, as its important for his acting career, but not as often as before.

Jason is into travelling, and his acting career has taken him to various US states, as well as to many European countries, including France and Italy.

He enjoys watching various sports on TV, and his favorites are football, basketball and European soccer.

Jason has his own favorite actors and actresses, some of whom are Jim Carrey, the late Robin Williams, and Scarlett Johansson, while his favorite movies include “Ace Ventura: Pet Detective”, “Patch Adams” and “Good Morning, Vietnam”.

As of February 2022, his net worth has been estimated at more than $1.5 million.