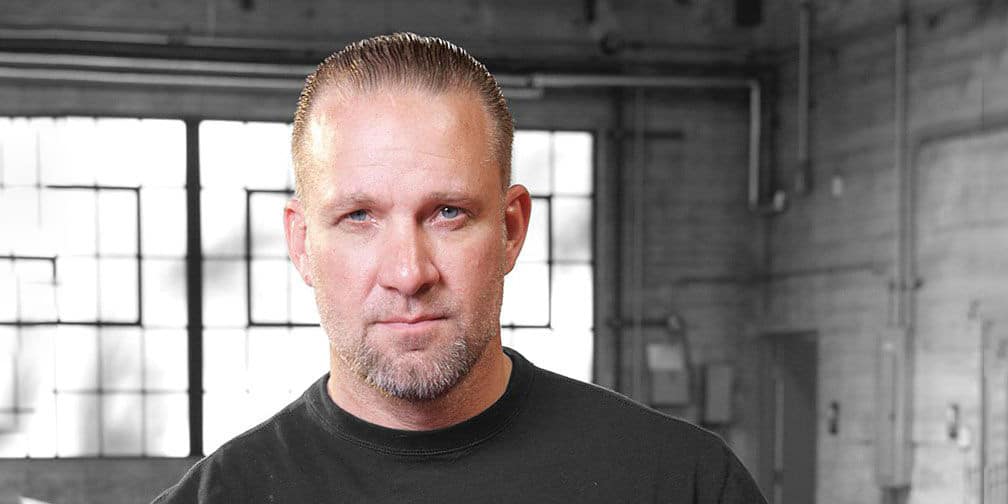 What is Jesse James from “Monster Garage” doing now?

Jesse James was primarily known to be the owner of the motorcycle manufacturing company, West Coast Choppers, but gained prominence when he became the host of the reality-television show “Monster Garage.” It wasn’t his first foray into television entertainment, but it was this show that catapulted him to fame which translated into a sales boost of his merchandise and brand. It was canceled in 2006 after five seasons on Discovery Channel, but the cable network officially greenlit its’ reboot in 2019, with plans of airing it in the first quarter of 2020. However, due to the pandemic caused by the Covid-19 virus, it was delayed and only had its premiere in January 2021.

Jesse Gregory James is an American, born on 19 April 1969, in Lynwood, Los Angeles, California. Early on in life, he experienced regular physical and emotional abuse from his father, Larry, who mostly raised him when his parents divorced, although he would shuttle back and forth to his mom’s house as well.

He never enjoyed his childhood, as he was always scared of his father’s moods, thus he never experienced how to be a regular kid.

His interest in motorcycles started when he was quite young, as his father had an antique shop next to a Harley-Davidson motorcycle parts shop. He could distinctly remember that at the age of six, it was a regular thing to see the members of the motorcycle club Hells Angels, making all that noise alongside his family’s car on the street. He knew instinctively that he would one day somehow be involved with all that chrome and loud machines. Larry, for all his faults, would always provide him toys to play with, and at the age of seven, Jesse was given a dirt bike which he treasured. His father said that Jesse even as a kid would like to tear his toys apart, just to see if he could rebuild them or make them better.

Jesse matriculated from La Sierra High School in Riverside, California in 1987, after having a great time being the star linebacker in his high school football team.

His talent in football was his motivating factor to do well at Riverside Community College, and then make it to the National Football League, no matter how impossible it might seem to be at that time. However, he was injured twice and knew that he wouldn’t be able to pursue his football dream any longer, so he quit not only his team but also the school.

His life before he became a Reality-TV star

Jesse was never afraid of hard work, and was smart enough to use his massive build to earn money. He became a bodyguard for a couple of hard rock bands in the Los Angeles alternative music scene, such as Soundgarden and Slayer. Unfortunately, during one of his nightly gigs, he fell off the stage and broke his arm, and the injury temporarily stopped him from doing his job.

While Jesse was on leave from work, he took the opportunity to see if he could fulfill his lifelong dream of opening his own motorcycle shop, wherein he could customize and restore bikes.

However, he knew that the first step was to learn how to build them, so he looked for a reputable motorcycle manufacturer. He became an apprentice to Ron Simms, an American custom motorcycle builder, and owner of Simms Custom Cycles in Hayward, California.

After gaining enough experience, in 1992 Jesse opened his own shop called West Coast Choppers, which was initially located in his mother’s garage, later renting a commercial space in Long Beach, California. While he had the talent and skill to build motorcycles, it was hard to start this type of business, as it wasn’t only expensive, but each project took a while to finish. James had a difficult time making ends meet, that out of his frustration, he had tattooed the words “Pay Up Sucker” on his hand, a reminder that he needed to work doubly hard to pay his bills.

He got a break in 2000, when Discovery Channel featured his shop as part of their documentary series “Motorcycle Mania”.

The success of the series, particularly the second one, helped in promoting Jesse’s brand, and it started the chopper craze, one of the reasons why his shop survived during its tumultuous times.

In 2001, Discovery Channel offered Jesse a chance to host his own reality-TV series, “Monster Garage”. The premise of the show was to challenge a team of five builders to modify, convert, and transform ordinary vehicles into monster machines in just a week. The first day was allotted to the design, the next five days were for building the machine, and the seventh day was for the great reveal, to see if the teams had completed their projects. They had rules to follow, such as each team initially being given a limited budget of $3000 for the parts that they would use for each project; the amount was later raised to $5000.

The teams who finished their projects successfully were given pricey tool kits as a reward, and bragging rights. However, if any of the teams failed to complete a project, Jesse would destroy the machine at the end of the show, using outrageous methods such as a dynamite explosion, being crushed by an army tank, death by steel smelter, or being smashed by a large metal box using a crane.

“Monster Garage” premiered on 23 June 2002 on the Discovery Channel, and became one of the most-watched series on the network. It was the show that made Jesse and his brand famous; his auto shop merchandise benefited immensely from this. Still, sometimes he couldn’t understand his appeal to the general public, as he claimed that his TV show was full of people who one wouldn’t normally see on TV. He said that he never wanted to seek celebrity status, as he was just a regular Joe, a blue-collared worker who was passionate about his craft.

Thom Beers, one of the executive producers of the show, said that many celebrities, designers and engineers wanted to be on the show, but they couldn’t accommodate everyone since they wanted the show to remain authentic without the viewers being distracted by celebrities, however, there were exceptions: TV host and car aficionado Jay Leno, professional skateboarder Tony Hawk, interior designer Christopher Lowell, and BMX biker Rick Thorne.

Fans of “Monster Garage” realized from the get-go that creativity knew no bounds. The viewers witnessed imaginative auto builders create amazing oddities out of ordinary vehicles, while being hampered by limited time and budget. Here are some of the fascinating and coolest vehicles that they transformed over the years:

Jesse gave his approval to the finished product, as no one imagined that a 1984 Ford ambulance could be converted into a wheelie car.

It was one of Jesse’s favorite transformations in the show. The viewers also loved the way the ambulance did vehicle acrobatics, or a wheelie in which the front wheels came off the ground, propelled by the torque coming from the rear wheels. It was one of the most-talked-about car transformations at that time.

The challenge was to redesign the decrepit 1975 Chevy Camaro and rebuild it to a dirt track car. While it didn’t come out as flashy as compared to the other cars, the way the team reconfigured everything was quite impressive. Gearheads appreciated that an old car in a dilapidated state was turned into a dirt track monster.

Viewers were impressed when a team was successful in turning a 2002 Chrysler PT Cruiser into a wood chipper. Initially, Jesse didn’t like it at all, but then during the reveal – it was chipping wood, and the premise of the show was to change a vehicle into something different. Some fans thought it was a stupid idea, but were impressed that the builders were able to make it work.

A Milking Station out of a beat-up 1959 Chevy Truck

While vending machines giving out a wide variety of hot and cold beverages could be found everywhere, a milking station out of a moving car was just extraordinary. Instead of just getting milk out of cartons, how about getting fresh milk from the cow and have it pasteurized while you wait? There’s even an option for milk chocolate when it was time for dispensing it to the waiting customer. Jesse and the team had a hard time working on the floor to make it stable, so that when the cow was inside it would be comfortable giving milk. Called “Milk Bomb”, this was a “Monster Garage” fan favorite.

A custom “Switchblade” from a 1990 Ford Mustang

Every house with a lawn should have one of these monsters. Jesse and his team turned a 1990 Ford Mustang GT into a lawnmower, and christened it “Switchblade.” They removed the back seat along with the catalytic converter and muffler, so that they could fit a mower engine at the back of the rear wheels. They also fitted a couple of cylindrical blades near the doors. Jesse jokingly said that cutting grass at 100 miles per hour ‘rules’!

Most of these monster machines were among the 42 vehicles that were created in the TV show, and ended up being auctioned at the Barrett-Jackson auction house located in Scottsdale, Arizona in January 2008.

After five seasons on Discovery Channel, “Monster Garage” aired its final episode on 12 June 2006. While there was no official statement by the executive producers as to why it was canceled, fans assumed that it was because of low ratings. The series had run its course, and since reality television had always been an evolutionary market, no TV show was indispensable. The moment you lose numbers, no matter how popular it was once, it would be axed.

While Jesse never wanted the fame, it found him, and made him one of the richest reality-TV stars. His life in and out of the entertainment world had been an interesting topic, not just in legitimate auto magazines and websites, but more so on celebrity tabloids and gossip sites. Some stories about him were considered facts, but there were those that were padded creatively by some rumor mongers.

In 2019, Discovery Channel announced its plans to reboot “Monster Garage” with Jesse James. It was scheduled to make a premiere in 2020 on the TLC network, but was delayed. Finally, on 4 January 2021, the first episode entitled “Pulsating Power” was aired through Discovery, Inc.’s new streaming service, Discovery+. The new season was comprised of eight episodes, including one focused on the Delorean Hovercraft that haunted Jesse seventeen years previously. It was one of his failed projects, and his loyal fans appreciated the episode, as Jesse worked on it successfully along with the guy he booted out of the project. It was redemption at its best.

We couldn't be more excited to bring back such an amazing show! Monster Garage is back January 4th on @discoveryplus https://t.co/OMu5Qxw9aX

Where is Jesse James of Monster Garage now?

When Jesse decided to shut down the West Coast Choppers and Cisco Burger in 2010, as well as Garage magazine due to low profits, along with the cancelation of another of his TV shows, “Jesse James: Outlaw Garage,” in 2013, everyone thought that was the end of it for the motorbike builder. However, his auto shop business was saved due to the successful turnout of his branded merchandise, amounting to millions of dollars in sales. Jesse moved to Austin, Texas, and opened a smaller version of West Coast Choppers there, and launched another business dealing with firearms, called Firearms Unlimited.

Jesse is now single, after ending his seven-year marriage to drag racer Alexis DeJoria, daughter of billionaire and philanthropist John Paul DeJoria, in March 2020. According to authoritative sources, his net worth is estimated at over $100 million, and has the potential to increase after the renewal of another season of his TV show.