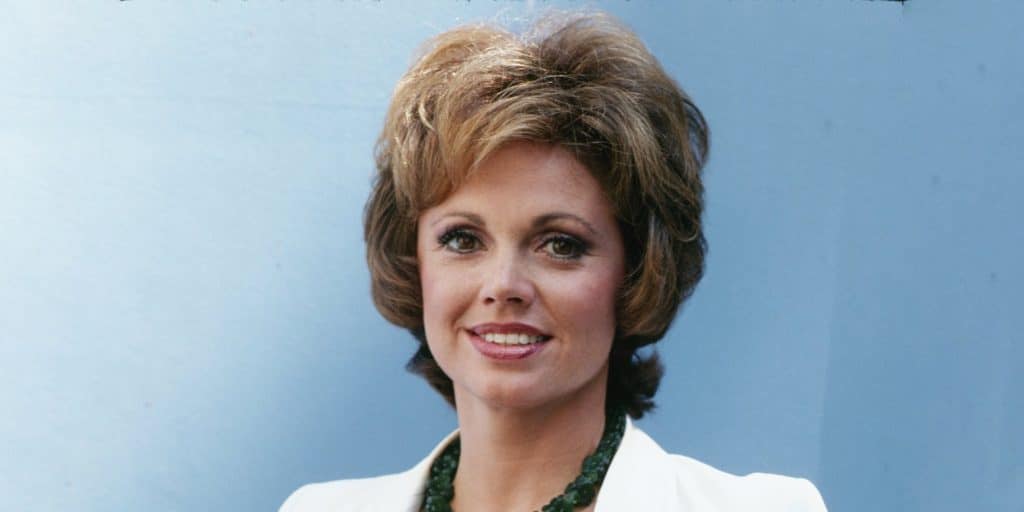 Who is Jo Ann Pflug?

Jo Ann Pflug is a retired actress, who gained popularity and recognition through starring in popular ‘70s and ‘80s movies and TV shows such as “M.A.S.H”, “Rituals”, and “The Night Strangler”. She was born under the Zodiac sign Taurus on 2 May 1940. in Atlanta, Georgia, USA. As of 2021, she is 81 years old and holds American nationality.

Jo Ann was born to parents J.Lynn, a former mayor and politician, and Kelly Pflug. Regarding her siblings, she has a brother whose name remains a mystery. Jo Ann spent most of her childhood and formative years in Winter Park, Florida, where she enrolled at Winter Park High School. After matriculating, she attended the private liberal arts Rollins College, then received her Bachelor’s degree in broadcasting with a minor in American history from the University of Miami.

Prior to launching her acting career, she worked as a storyteller at the weekly radio show entitled “The Magic Carpet”, followed by her four-year-long employment as a host for the talk show “Montage”. During her career in broadcasting, she interviewed a wide range of highly respected individuals, including Senator Barry Goldwater, astronaut Alan Sheppard, and actor Christopher Reeves.

Having displayed quality skills and great potential when it comes to conducting interviews, she was quickly recognized by TV producers, and subsequently became the first woman to host her own live TV talk show on KHJ-TV in the ‘60s.

Jo Ann started her career appearing in various TV sitcoms, such as “The Beverly Hillbillies” and “The Big Valley”. In 1966. she made her movie debut with a minor role in the sci-fi movie “Cyborg 2087”, followed by her voice role as Invisible Girl in Marvel’s comic book series “Fantastic 4”.

In 1970, she landed her breakthrough role in “MASH”, portraying US Army nurse Lt. “Dish”, garnering positive reviews and praise for her acting skills, wit, and also sex appeal. Following her colossal success, she appeared in the western movie “Catlow”, the comedy film “Where does It Hurt”, and the sitcom “McCloud”.

However, her lucky break also had a dark side to it, and to everyone’s surprise, the actress began turning down various roles.

In 1972 she was invited to star as Montana Whildhack in the comedy/drama sci-fi movie “Slaughterhouse-five,” which she turned down and the part was later offered to Valerie Perine. Additionally, she turned down another role as Ann Romano in the sitcom “One Day at a Time”, which was passed to Bonnie Franklin.

Her finicky and fastidious attitude role-wise posed a mystery for most of her colleagues in the entertainment business, but in an interview she explained the reasoning behind her decisions, saying: “After “MASH” I was sought to do nudity. All nude roles. I turned down a lot of pictures because of the nudity. I would not do nudity because of my upbringing. I’m not going to wait 30 years from now and have my children saying, ‘oh, there’s mommy on the screen, nude.”

Soon Jo Ann began landing other roles which didn’t include nudity, and the actress was back on track career-wise.

In 1973, she portrayed Louise Harper in the TV film sequel entitled “The Night Strangler”, followed by her role in the horror movie “Scream of the Wolf”, opposite Peter Graves and Clint Walker.

In addition to acting, she occasionally appeared as a panelist on the TV show “Match Game”, and also co-hosted the hidden camera reality TV series “Candid Camera”. During the ‘80s, she had memorable roles in various sitcoms such as “The Dukes of Hazzard”, “The Fall Guy”, and “Knight Rider”. One of her most notable roles was portraying Taylor Chapin in the TV series “Rituals”, which ran for one season but consisting of 260 episodes.

Before she retired from the entertainment business, she appeared in 1997 as Jack’s Wife in the crime drama movie “Traveller”, and as Cynthia Vaughn in the mystery movie “Midnight in the Garden of Good and Evil”.

While she worked periodically as an actress and host, she developed an interest in Bible studies and seminars, which she frequently attended in her friend’s houses. She shared quite a bond with Pat and Shirley Boones, who were known for organizing religious seminars, and this was where Jo Ann had her spiritual rebirth. Following her exit from the world of entertainment, Jo Ann began presenting training sessions on etiquette, and motivational seminars for women such as “Enterprising Women”.

She often tours with her motivational theatrical group, called “The Pflungie Group.”

In 1972, the actress married the game host and musician Chuck Woolery, best known for his roles in “Love, American Style” and hosting “Wheel of Fortune”. They tied the knot at the Knowles Memorial Chapel at Rollins College in Orlando, Florida, and later welcomed a daughter they named Melissa. However, the marriage did not last long, and they divorced after eight years.

Following the dissolution of the marriage, she and Mellissa moved in with Jo Ann’s mother, where they stayed until 14 May 1988 when Jo Ann married Charles Stuck Young. The couple hasn’t welcomed any children together, but are still going strong, residing in Tequesta, Florida.

During the pinnacle moments of her career, Jo Ann’s estimated net worth was around $5 million. However, after she retired, her only source of income has become seminars and training sessions, which makes it hard to establish her current net worth. Even so, it doesn’t seem that she’s struggling in any way, as she is the co-owner of a luxurious mansion in Tequesta.

Jo Ann is 5ft 8ins tall (173cm) and weighs around 155lbs (70kgs). Her natural hair is dark brown, while her eyes are brown. She has a very unique, classy and feminine fashion style, and often wears wigs and eye-catching make-up.

It appears that Jo Ann is old-fashioned when it comes to social media platforms, and doesn’t use them. There are a few indications that Jo Ann had a Facebook account, but gave up on it after a couple of posts in 2011. On the other hand, she has an official website on which she posts the latest updates regarding her motivational seminars.