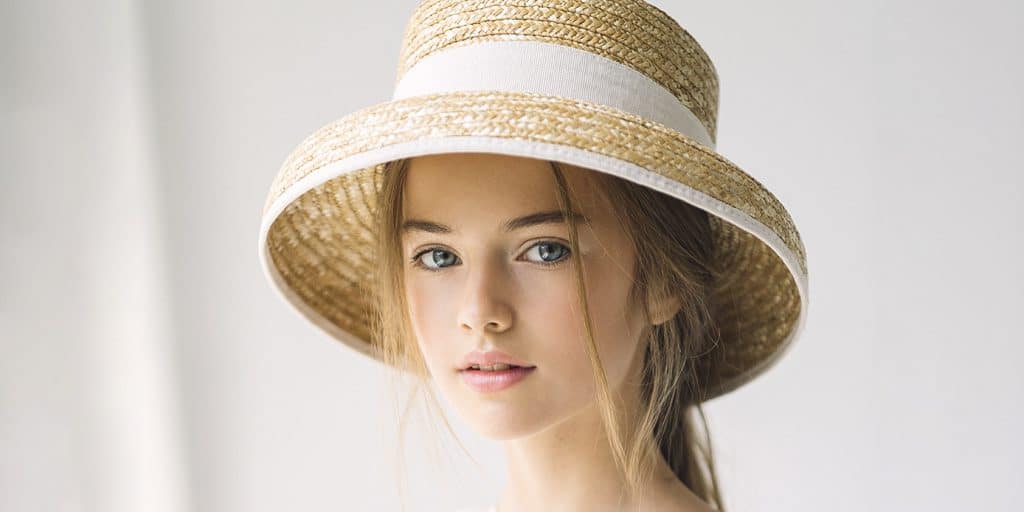 Kristina Ruslanovna Pimenova was born in Moscow, Russia, on 27 December 2005 – her zodiac sign is Capricorn, and she holds Russian nationality. She’s a model, actress and a social media star, who has been working as a model since a very early age, while in 2014 she was named The Most Beautiful Girl in the World by the magazine “Women Daily”.

Kristina was raised in Moscow alongside her older half-sister, by her father Ruslan Pimenov, a former professional soccer player, and her mother Glikeriya Shiokova, who’s a former model; after Kristina became somewhat popular in the modelling industry, the family moved to the USA.

Kristina was interested in numerous activities while she was attending a local elementary school in Moscow, and was mostly interested in rhythmic gymnastics, practicing under the world champion gymnast Olga Kapranova; in 2013, aged seven, Kristina won a gold medal at a gymnastics tournament organized in Tatarstan, Russia. Some of the other things in which she was interested include acting with the school’s drama club, dancing and singing.

She moved to California in the USA in 2015, aged 10, and in 2019 enrolled at a local high school, which she’s currently attending, and from which she should be matriculating in 2023.

Kristina was four years old when she appeared in her first commercial; her mother had previously sent her pictures to the modelling agency President Kids, and she thus signed her first modelling contract.

Kristina has since posed for numerous famous brands, including Roberto Cavalli, Burberry and Armani, and in April 2015, she was featured on the cover page of the magazine “Vogue Kids”.

In October 2016, a documentary movie about Kristina’s life was released, and aired on the German channel RTL.

Kristina is an Instagram star, and is today followed by close to three million people, while she’s uploaded over 1,500 pictures onto the network; her mother is supervising all of her social media accounts.

Kristina has revealed a lot about herself in these pictures, including that she loves to travel; her modelling career has taken her to various European countries, as well as to various American states, including New York and Nevada.

She’s also revealed that summer is her favorite season, as she enjoys sun tanning at the beach, swimming in the ocean and playing beach volleyball.

Kristina launched her Twitter account in March 2017, and has since tweeted only about 50 times, while she’s today followed by nearly 200 people; her most recent tweet was on 29 April 2017.

She’s also active on Facebook, and her page is today followed by more than five million people, while her most recent update was on 27 January 2020.

Kristina has a TikTok account, which is today followed by close to 5,000 people, while she’s amassed over 20,000 likes of all her videos combined.

Kristina launched her acting career in 2019, when cast to play Dasha, one of the lead characters in the popular horror thriller movie “The Russian Bride”. It was written and directed by Michael S. Ojeda, also starred Corbin Bernsen and Oksana Orlan, and follows a Russian woman who has travelled to the US with her daughter, after having met a billionaire on the internet. The man turns out to be a psychopath, and the two girls must now find a way to run away from him.

Kristina has appeared in only one other film: the hit 2019 fantasy science fiction drama “Creators: The Past”, directed by Piergiuseppe Zaia, and which starred William Shatner, Gerard Depardieu and Bruce Payne.

Set in 2012, the film follows eight aliens who are trying to find the crystal core which holds the truth to Earth’s creation, which humans mustn’t learn; the movie won 14 of the 17 awards for which it was nominated.

Kristina prefers to keep the details of her love life to herself, and hasn’t mentioned any boys (or girls) whom she has perhaps dated, however, there are some rumors circulating the internet, claiming that the popular model might today be in a relationship.

Kristina has apparently been spotted spending time with her high school friend, and some of her fans believe that the two might be in a relationship; no evidence has been provided to support these claims, nor has Kristina commented on this.

It’s said that Kristina is a highly sociable girl, who finds it very easy to make new friends. She’s believed to be amongst the most popular students at her high school, and apparently has also already made friends with several popular actors and actresses.

Kristina is a huge lover of animals, with her favorites being dogs, cats and zebras. She’s apparently volunteered at a local animal shelter on a number of occasions, and has also donated money to it.

She’s physically quite active, as still practices gymnastics, as well as dancing and volleyball.

Kristina enjoys watching movies in her spare time – her favorite actor and actress are Tom Hanks and Natalie Portman, while a couple of her favorite movies are “You’ve Got Mail”, “Sleepless in Seattle” and “Leon: The Professional”.

She’s also into watching TV series, and a couple of her favorites are “The Vampire Diaries”, “Queen’s Gambit” and “Squid Game”.

As of November 2021, her net worth has been estimated at already over $1 million.