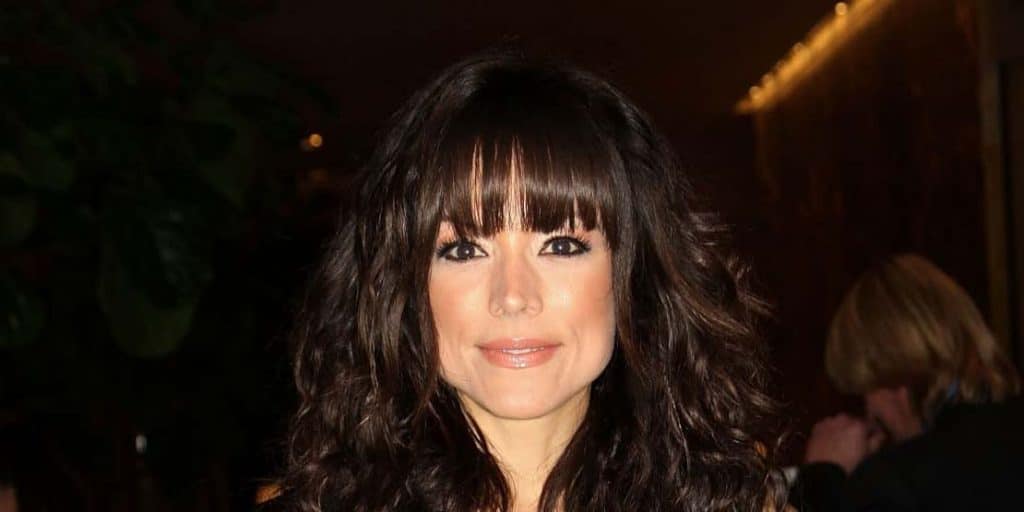 What is Liz Vassey doing now? Husband, Net Worth, Biography

Who is Liz Vassey?

Elizabeth Leigh ‘Liz’ Vassey was born under the zodiac sign of Leo on 9 August 1972, in Raleigh, North Carolina USA. She’s an actress with 61 credits to her name, perhaps known best for her role in the series “All My Children“, a popular soap opera in which she was cast to play the character Emily Ann Sago. The series started broadcasting back in 1970, and aired until 2011, and from all these years had 573 award nominations, and 191 wins; Liz was nominated for a Daytime Emmy Award in 1990, for Outstanding Juvenile Female in a Drama Series.

Liz spent the first two years of her life in Raleigh, and then moved with her parents to Florida; Liz was raised alongside her older sister, who was into acting, too. There is no information about her parents and her sister’s name, as Liz has been keeping her private life a big secret.

However, it’s widely known that Liz began acting at an early age, and performed in numerous plays and musicals during her childhood. When she was 16 years old, she moved to New York with her mother, and after a couple of minor roles on television, Liz started filming for the series “All My Children“.

She attended a local high school, and upon matriculating in 1990, she enrolled at the University of South Florida, from which she graduated in 1994.

Liz’s acting debut on television was her appearance in the series “Superboy” in 1989, followed by minor roles in series such as “The New Leave It to Beaver”, “Star Trek: The Next Generation”, “Jake and the Fatman”, and “Beverly Hills, 90210”.

She portrayed the character of Emily Ann Sago in the series “All My Children” for three years through 1992, alongside Michael E. Knight, Susan Lucci, and David Canary. After this significant role for her, in the following years, Liz had some minor and recurring roles in series such as “Murphy Brown”, “Bodies of Evidence”, “Murder, She Wrote”, and “Wings”.

In 1994, she was cast to play the character of Liz, in the popular series “ER”, alongside Julianna Margulies, George Clooney and Anthony Edwards; the series had 370 award nominations and 156 wins, including 23 Primetime Emmys.

In the next year, Liz portrayed the character Tess Galaway, in the series “Pig Sty”, a comedy drama about five friends in Manhattan who are sharing an apartment, and one of them falls in love with Tess.

Liz appeared in an episode of the series “Dream On” before she began acting in the series “Brotherly Love”, in which she was cast to play Louise Davis; this comedy drama was created by Jonathan Schmock and James Vallely, and is  the story about three brothers, and their lives after their father died; it’s based on true-life experiences of the actors in the series – Andrew, Matthew and Joey Lawrence, who are siblings in real life.

In the following years, Liz acted in the series “Early Edition” and “Home Improvement”, before her role inseven episodes of the series “Maximum Bob” in 1998, followed by her roles in “Fantasy Island”, “Dawson’s Creek” and “Dharma & Greg”.

In 2001, she was cast to play the character Captain Liberty in nine episodes of the series “The Tick“,an action science fiction comedy about the superhero The Tick; it starred David Burke and Patrick Warburton.

She appeared in two episodes of the worldwide popular series “Two and a Half Men” in 2010-11, and her most recent role was in the series “Riley Parra” in 2018.

Liz made her movie debut in 1993, when she had a minor role in the film “Sad Inheritance“, followed by her roles in the movies “Calendar Girl“ and “Saved by the Bell: Wedding in Las Vegas“ in 1994.

In the following years, she was the star of the movie “The Adventures of Captain Zoom in Outer Space“, in which she portrayed the character Princess Tyra, Pangea’s Leader.

Liz had supporting roles in movies such as “Pursuit of Happiness”, “Life with David J”, “The Partners”, and “Nikki and Nora”.

In 2005, she acted in the movie “20 Things to Do Before You’re 30“, alongside Ezra Godden, Misha Collins, and Bumper Robinson.

In the following years, she had supporting roles in several movies, until the 2019 movie “Riley Parra: Better Angels”, in which she co-starred alongside Karl E. Landler and Marem Hassler. portraying the character Dr. Gillian Hunt, in her most recent movie role.

Liz has been keeping her love life a secret, and hasn’t spoken of any men whom she has been with, excepting her husband David Emmerichs.

David was born under the zodiac sign of Aquarius on 6 February 1967, in San Luis Obispo, California USA; he is an award-winning camera operator and a producer, perhaps known best for his work on the movie “The Green Mile”. David attended New York University’s Tisch School of the Arts, and is a member of the Cinematographer list.

Liz and David married on 2 May 2004, however, there is no information about how they met, and for how long they had dated prior to exchanging vows.

As of September 2021, they don’t have children, and it’s assumed that they are still a happily married couple.

Liz’s favorite hobbies are cooking, reading books and watching historical movies. She is into traveling, and has visited a couple of US states, while her dream travel destination is Athens, Greece.

She likes swimming, sunbathing and long walks on the beach; when she wants to relax, she does yoga or goes to a spa center.

In 2002, she co-founded the company Neurosis to a T(ee), which she formed with her friend Kristin; the company designs T-shirts with funny and catchy phrases printed on them, and they are unique because they are created by independent artists from all around the world.

As of September 2021, her net worth has been estimated at close to $5 million.