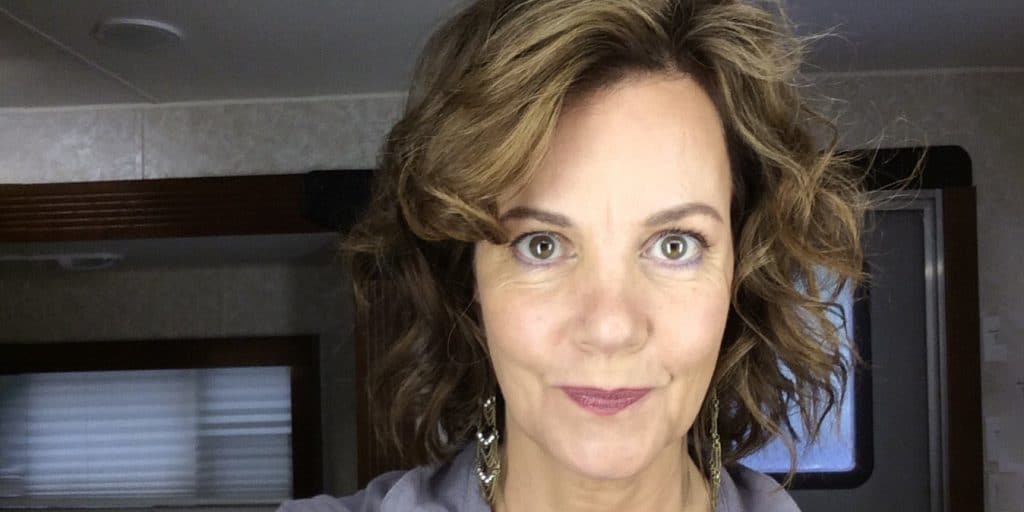 What is Margaret Colin doing today? Where is she now? Biography

Who is Margaret Colin?

Margaret Colin is an American award-winning actress, perhaps still best known to the world as Margo Hughes in the soap opera “As the World Turns” (1980-1983), then as Constance Spano in the film “Independence Day” (1996), and as Eleanor Waldorf in the TV series “Gossip Girl” (2007-2012), in addition to many other roles that she has secured so far in her career.

What is Margaret Colin doing today? Where is she now?

Margaret Colin is now in her mid- 60s and still active in the entertainment industry, while also enjoying her family life with her husband and two children, living in New Jersey.

Recently, she portrayed Carol Conte in the TV series “Chicago Med” (2021), and is now working on the drama film “The Road to Galena”, currently in post-production and scheduled for release late in 2021.

Margaret Colin was born on 26 May 1958 under the Gemini zodiac sign, in Brooklyn, New York City USA. Of Irish ancestry, she grew up in Baldwin, New York, alongside her brother John Colin. The daughter of a police officer father, while she didn’t talk about her mother, Margaret attended Baldwin Senior High School, from which she matriculated in 1976, following which Margaret enrolled at Hofstra University.

Margaret launched her career with the role of Paide Madison in the TV series “The Edge of Night” in 1979, appearing in 69 episodes of the Primetime Emmy Award-winning series, then continued her career with the role of Margo Hughes in the soap opera “As the World Turns”. In the next three years, she worked on “As the World Turns”, and then in 1985 was selected for the part of Assistant District Attorney Alex Harrigan in the TV series “Foley Square” (1985-1986).

Margaret enjoyed success throughout the ‘80s, appearing in such films as “Pretty in Pink” in 1986, then playing Jane Watson in the television movie “The Return of Sherlock Holmes” (1987), and the same year portraying the lead character Claire McCarron, in the TV series “Leg Work”. Two years later, she starred alongside Robert Downey Jr. and James Woods in the award-winning crime-drama film “True Believer”, and finished the decade co-starring in the sci-fi comedy film “Martians Go Home” (1989), alongside Randy Quaid and Anita Morris.

Margaret continued her way to prominence in the ‘90s. She started the decade with the lead role in the television crime-drama movie “Goodnight Sweet Wife: A Murder in Boston”, based on real-life events, and then portrayed Audie Ruscio in the TV series “Sibs” through 1991 and ‘92. Her next role was as Judy Gillman in the comedy crime film “Amos & Andrew”, co-starring Nicolas Cage and Samuel L. Jackson, written and directed by E. Max Frye who went on to receive an Academy Award nomination for the film “Foxcatcher” (2014).

Next, she starred in the television mystery crime-drama movie “In the Shadow of Evil” (1995), co-starring Treat Williams and Joe Morton, and in 1996 she secured one of her most prominent roles, as Constance Spano in the Academy Award-winning sci-fi action-adventure film “Independence Day”, starring Will Smith, Bill Pullman and Jeff Goldblum. The following year, Margaret featured in the action crime-drama film “The Devil’s Own”, while in 1998 she was Joan Cole in the comedy-drama film “The Adventures of Sebastian Cole”. She finished off the decade with the role of Lisa Wiseman in the Primetime Emmy Award-nominated adventure comedy-drama series “Now and Again”, with Eric Close, Dennis Haysbert and Gerrit Graham as the main stars of the popular series.

Margaret’s career continued on a high in the early 2000s, first with the role of Elizabeth ‘Peachy’ Welsh in the television mystery-drama movie “The Familiar Stranger” in 2001, and then as Sally in the Oscar-nominated romantic thriller-drama film “Unfaithful”, with Richard Gere, Diane Lane and Olivier Martinez as the main stars. Two years later she was Melanie Mackenzie in the romantic comedy-drama film “First Daughter”, while in 2007 she was selected for the role of Eleanor Waldorf in the award-winning romantic-drama series “Gossip Girl”, then as Margaret in 34 episodes of the popular TV series until 2012, which only contributed to her popularity.

Concurrently, in 2008 she appeared in the mystery crime-drama film “Deception”, and the same year Margaret featured in the horror crime-drama film “iMurders”, after which she focused on her work on “Gossip Girl”. Then in 2012 she was Mona Rowan in the film “Camilla Dickinson”, and then started slowing down with her career, as she became more focused on her personal life. However, she still featured in some prominent roles, as Constance Borden in the film “Stealing Chanel” (2015), while in 2016 she was Attorney Cahn in the film “Equity”.

In 2017, she joined the main cast of the action crime-drama series “Shades of Blue” with Jennifer Lopez in the lead role, also started portraying Jane McCabe in the TV series “Veep”, and in 2020 she was Gail in the comedy-drama film “Virtue”, co-starring Paten Hughes and Joshua Henry.

She has been married to actor Justin Deas since 1988; the two met on the set of “As the World Turns” as he was her love interest in the series. They have since welcomed two children, sons Sam and Joseph, while Margaret is stepmother to Justin’s daughter, Yvie, from his first marriage. Known for roles in soap operas, Justin has built his fame with roles in such as “Ryan’s Hope”, “One Life to Live”, and “Guiding Light”, among others.

As of late 2021, Margaret Colin’s net worth has been estimated to be around $10 million, earned through her successful career as an actress, during which she’s appeared in more than 75 film and TV titles, all of which have added to her wealth.

She is an avid animal lover, and though she doesn’t have pets of her own, she is fond of horses the most, and has donated money to a number of animal shelters.