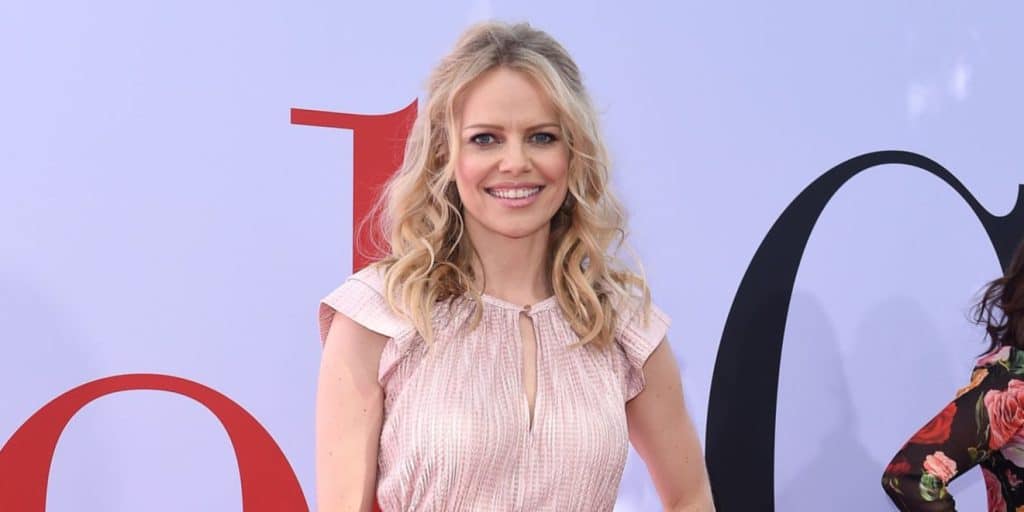 Who is Mircea Monroe?

Mircea Monroe was born on 11 March 1982 under the zodiac sign of Pisces, in St. Louis, Missouri USA. She is a 39-year-old model and actress, probably best recognized for landing the role of Tansy Truitt in the CW’s comedy-drama series “Hart Of Dixie” (2011-2015), playing Morning Randolph in the BBC Two/Showtime sitcom “Episodes” (2011-2017), and featuring as Alexa Cummings in the TV Land sitcom “Impastor” (2015-2016).

How rich is she, as of now? Mircea Monroe Net Worth

As of mid-2021, Mircea Monroe’s net worth is estimated at over $2 million, acquired through her successful involvement in the world of entertainment. She has garnered nearly 100 television and film acting credits since she launched her career in the mid-2000s.

Please join us in wishing a very Happy Birthday to Mircea Monroe! 🎉🎉

Mircea Monroe spent her early years in the Solomon Islands and Fiji, where she was raised by her father, Richard Haist, who worked as an Officer of the United Nations Organization (UNO), and her mother, Elizabeth Haist; she later lived in Michigan and Virginia. She holds American nationality and belongs to White Caucasian ethnic group. Regarding her education, Mircea attended Virginia High School, and upon matriculation enrolled into Virginia Commonwealth University, but left after two years later to pursue her acting career.

Mircea Monroe made her debut feature film appearance in 2004, in the small role of Chloe’s friend in the action thriller film “Cellular”, next to Chris Evans and Jason Statham, while she made her debut TV appearance as Tammy in the pilot episode of the ABC sitcom “Freddie” in 2005. It was followed by her portrayals of a park reporter in the German-American action thriller film “The Contract”, starring Morgan Freeman and John Cusack, and Caitlin in the drama film “The Ultimate Gift”, both in 2006. During the same year, she also played Mandy Campbell in the made-for-TV comedy film “Nobody’s Watching”, and made a guest appearance as Heather in an episode of the NBC/ABC medical comedy-drama series “Scrubs”.

After starring as Nancy in the American-Mexican horror film “Borderland”, Mircea Monroe took her first main role as Ellie Laird in the Fox action-drama series “Drive”, both in 2007; however, the series was canceled after a single season. She then featured as Alex Johnstone in the sports family film “Fast Girl”, and played Swain Holly in the romantic comedy film “Screw Cupid”, opposite Christopher Boyd, both in 2008. It was followed by her portrayals of Sindi in the romantic comedy film “Finding Bliss”, written and directed by Julie Davis, and Veronique in the fantasy horror film “The Black Waters Of Echo’s Pond”, next to Robert Patrick and Danielle Harris, both in 2009.

In the next year, Mircea landed such roles as Jamie Ackerman in the sci-fi horror film “Growth”, the title role in the comedy film “The 41-Year-Old Virgin Who Knocked Up Sarah Marshall And Felt Superbad About It”, and Sherri Sutter in the comedy film “Hard Breakers”, alongside Chris Kattan and Sophie Monk. She then appeared as Ambyr in the short comedy-horror web series “Ghostfacers”, also in 2010.

At the beginning of the next decade, Mircea continued to line up successes; in 2011, she starred in the role of Blonde Angela in the comedy film “American Animal”, written and directed by Matt D’Elia, and featured as Tatiana in the fantasy romantic comedy film “The Change-Up”, sharing the screen with Jason Bateman and Ryan Reynolds, in what was a moderate box office success.

Her next prominent role came later that year, when she joined the cast of the British-American sitcom “Episodes” (2011-2017), in which she starred as Morning Randolph alongside such actors as Matt LeBlanc and Stephen Mangan. It was aired on BBC Two in the UK, and Showtime in the US. Parallel with that, she was also chosen to portray Tansy Truitt in the CW’s comedy-drama series “Hart Of Dixie”, from 2011 until it was eventually canceled in 2015.

While filming “Episodes” and “Hart Of Dixie”, Mircea Monroe continued to work on other projects.

In 2012, she was cast as Amanda in the comedy web series “Dating Rules From My Future Self”, after which she produced, and played Nikki Gold in the comedy film “3 Days Of Normal” and featured as Ken’s wife in Steven Soderbergh’s comedy-drama film “Magic Mike”, alongside Channing Tatum and Matthew McConaughey; the latter was a huge commercial success, grossing over $167 million worldwide on a $7 million budget.

It was followed by her appearances as Cece in the romantic comedy film “Slightly Single In L.A.” (2013), and as Kim Hertz in the comedy film “Dumbbells” (2014), directed by Christopher Livingston.

In the same year, she also booked the role of Mercedes in the comedy TV series “The Other Hef”, and played Rani in the comedy film “Dr. Cabbie”. Between 2015 and 2016, she had the part of Alexa Cummings in the TV Land sitcom “Impastor”.

Between 2018 and 2019, she landed the recurring role of Isabel Bradford in the ABC police procedural drama series “The Rookie”, which was followed by her portrayal of Carrie in the comedy film “The Opening Act” in 2020. Most recently, she had the part of Olivia in the 2021 thriller film “Masquerade”, next to Bella Thorne and Austin Nichols.

Mircea Monroe became romantically involved with Stephen James Merchant in July 2017. He is an English comedian, actor, writer, director, and radio host, known for his work on “The Office”, “Life’s Too Short”, and “The Ricky Gervais Show”; they are still going strong, and their current residence is in Nichols Canyon, Los Angeles.

In her spare time, she enjoys working out, and is a certified yoga instructor as well as a certified scuba diver.

Her name is a Romanian male first name – she was named after her father’s favorite professor, Mircea Eliade.