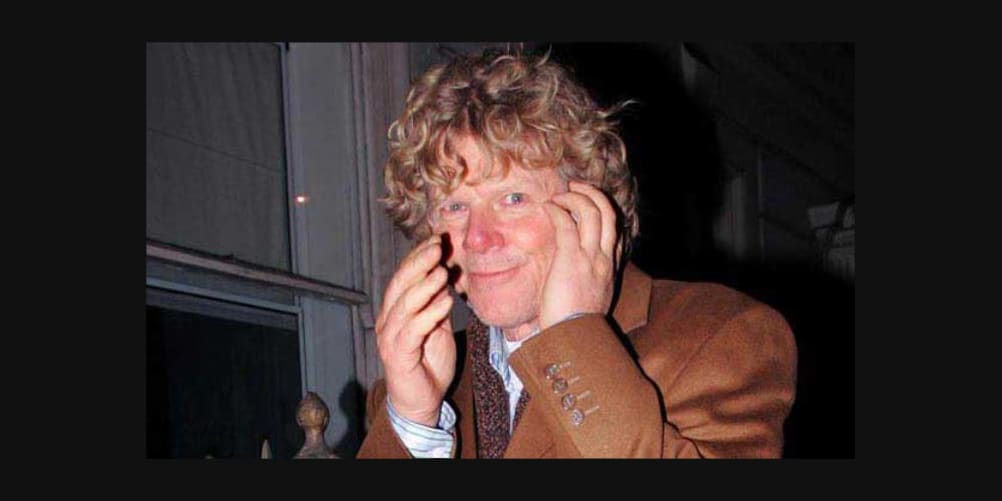 Who is Mutt Lange?

Robert John ‘Mutt’ Lange was born on 11 November 1948 under the zodiac sign of Scorpio, in Mufulira, Northern Rhodesia (now Zambia)‎. He is a 73-year-old record producer and songwriter, best recognized for producing numerous of rock’s most popular albums, working with such high profile artists as AC/DC, The Cars, Maroon 5, Lady Gaga, and Nickelback.

How rich is he, as of now? Mutt Lange Net Worth

As of early 2022, Mutt Lange’s net worth is estimated at over $225 million; earned through his successful career in the music industry, as most of his projects have been commercially successful, and set records. His net worth probably includes Coronet Peak Station and ski field of the same name, located in Queenstown, New Zealand.

Mutt Lange was raised in Durban, South Africa. Little is known about his parents, except that his German mother came from a rich family, while his South African father worked as a mining engineer; it’s unknown whether he has any siblings or is an only child. He holds both Zambian and British nationality and belongs to a mixed ethnic group. He attended a school in his hometown, and later went to Belfast High School, located in what is now Mpumalanga province in South Africa, and there he formed a band in which he rhythm guitar and sang. During his childhood, Mutt was a huge fan of country music.

After completing his high school education, Mutt Lange started producing commercials, and then formed the bands Sound Reason and Hocus with his friends. With the band Hocus, he released one album and five singles, then when they disbanded, he focused on his production work, and soon moved to London, England. His first major hits were City Boy’s debut self-titled album and Graham Parker’s second album “Heat Treatment”, both released in 1976. Two years later, he produced the UK number-one single “Rat Trap” for The Boomtown Rats, then AC/DC’s hard rock album “Highway To Hell” (1979), which peaked at No. 8 on the UK Albums chart, and No. 17 on the US Billboard 200 charts.

Mutt Lange gained enormous popularity when he produced AC/DC’s next two albums – “Back In Black” (1980), which became the second best-selling album of all time and was certified 25 times Platinum by the Recording Industry Association of America (RIAA), and “For Those About To Rock We Salute You” (1981), which topped the Billboard 200 chart. During the same year, he also produced Foreigner 4’s album, entitled “4”, which was a huge commercial success, holding the top position on the Billboard 200 chart for ten weeks.

In 1991, he served as producer for Bryan Adams’ number-one album “Waking Up The Neighbours”, and Grammy Award-winning and Academy Award-nominated single “(Everything I Do) I Do It For You”, which became one the most successful singles in music history, and which holds the record for the longest number of consecutive weeks spent at number one on the UK Singles Chart.

In 1993, Mutt Lange worked with Michael Bolton on his ninth album “The One Thing”, which reached No. 3 on the Billboard 200 and was certified triple platinum by the RIAA. His next major projects were his ex-wife Shaina’s “The Woman In Me” (1995), and Bryan Adams’ “18 Til I Die” (1996), which topped the UK Albums chart.

He then worked on her next two albums – “Up!” (2002) and “Greatest Hits” (2004), the latter breaking a Guinness record as the fastest-selling greatest hits album by a female artist in the US.

It was followed by Nickelback’s sixth studio album, “Dark Horse” in 2008, and Maroon 5’s third studio album “Hands All Over” in 2010, both of which debuted at No. 2 on the Billboard 200. His recent work came in 2015, when he produced Muse’s album “Drones” which won a Grammy Award for Best Rock Album.

Mutt Lange has short light brown hair and blue eyes. He stands at a height of 6ft 1in (1.85m), while his weight is around 180lbs (82kgs). Information about his vital statistics, biceps size, and shoe size isn’t available.

Posted by The Mad Music Asylum on Wednesday, December 28, 2016

Mutt Lange and Zambian singer and vocal coach Stevie Vann were at school in the early 1960s, and later reconnected in high school in South Africa; they played together in the same band for some time. After becoming romantically involved, the two married and immigrated to the UK in the 1970s. Unfortunately, their marriage didn’t last long since they divorced by the end of the decade. While he was still married, Mutt started dating Oonagh O’Reilly, but they split after five years.

After hearing the music of famous Canadian singer Shania Twain, he got in touch with her and spent many hours talking on the phone. They finally met six months later, and then tied the knot at a ceremony held on 28 December 1993.

The couple welcomed a son named Eja Lange in August 2001, but seven years later they separated, after Mutt cheated on her with her best friend Marie-Anne Thiébaud, with whom he later started a relationship. Their divorce was finalized in June 2010. In January of the following year, Shania married Frédéric Thiébaud, the former husband of Marie-Anne.

Mutt is a strict vegetarian, and practices teetotalism, a practice of complete abstinence from alcoholic drinks.

He’s a follower of egalitarianism, a doctrine that all people in the world should be accorded equal rights.