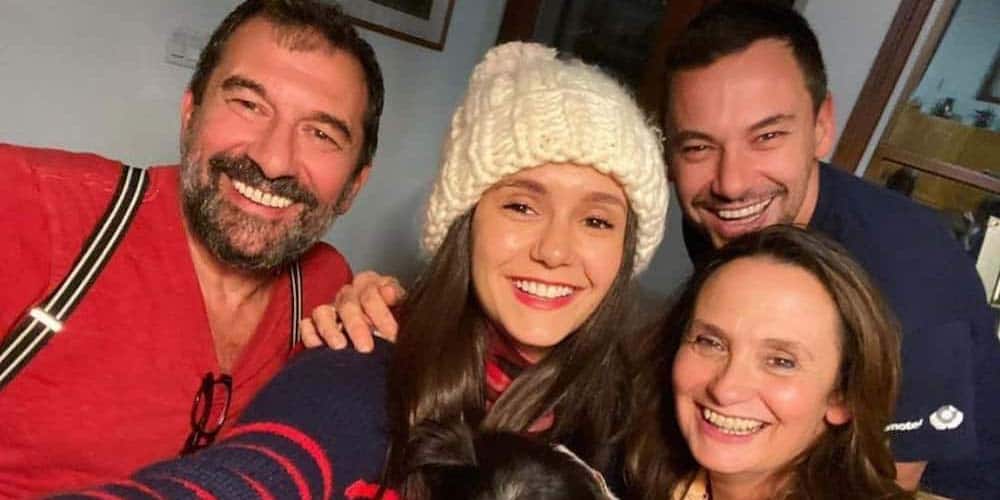 Who is Alexander Dobrev?

Alexander Dobrev was born in Sofia, Bulgaria, in 1984 – he hasn’t shared his exact date of birth, but his zodiac sign is said to be Arias, and he holds both Bulgarian and Canadian nationality. He’s a cinematographer and a stuntman, but who’s possibly known best for being the older brother of the famous Bulgarian-Canadian actress Nina Dobrev.

Alexander spent the first seven years of his life in Sofia, where he was raised by his mother Michaela Dobreva (nee Radeva) who was an artist, and his father Kamen Dobrev who was a computer specialist; in 1991, the family moved to Toronto, Ontario in Canada.

Alexander became interested in sports at quite an early age, mostly focused on playing soccer during his high school years.

He was interested in several other activities, including acting with the school’s drama club as well as at a local theatre, practicing dancing and singing. He matriculated in 2002, and although Alexander hasn’t talked about his further education, it’s said that he attended college, and that he graduated with a Bachelor’s degree in 2006.

He worked various jobs for the following decade, prior to launching his career as a cinematographer.

Alexander has worked as a cinematographer on six movies, making his debut with the 2017 short sports drama “Run”, written and directed by Krasimir Kalushev, and which starred Kaloyan Lalov, Aladin Aliibrahim and Keti Raykova. The movie follows the boy Kalovay who has been given new sneakers for an upcoming race, but these have now been stolen by an orphan.

In the same year, Alexander worked on the short documentary drama “Septemvri”, which follows Yuliya Stoyanova, the coach of the eponymous girls’ basketball team.

In 2018, he worked on both the short documentary drama “The Dreamer” and the short comedy drama “Father”, then in 2019, Alexander was the cinematographer of the music video “Pavel Kovel & Icaka: There’s No Lie”.

Most recently, in 2020, he worked on the short drama “Life”, written and directed by Krasimir Kalushev, and which starred Boris Lukanov, Alexander Hadjiangelov and Hristo Petkov. The film follows the friendship between the old man Ivan who has just recently lost his wife, and the younger man Peter.

Alexander worked as a driver, stuntman and an assistant cameraman, on the 2017 short comedy movie “American Dream”.

Nina Dobrev with her bro' Alexander<3~Lexi

It was written and directed by Vasil Hristov, starred Emil Emilov, Kiril Nedkov and Vasil Vitanov, and follows the Bulgarian man Steven who’s saving money to move to the US, but everything changes after he meets Lily.

Alexander hasn’t spoken of any women or men whom he has perhaps been with, which is mostly why there are various rumors circulating the internet, concerning his sexual orientation, and his current relationship status.

Some of his sister’s fans believe that he’s gay, and this to be the reason why he hasn’t spoken of his relationships, and hasn’t been seen spending time with any girls. A fan has even claimed to have seen Alexander kissing his boyfriend at a party in Los Angeles, California, but no evidence has been provided to support these claims, nor has Alexander commented on these rumors.

There are also some who think that he’s today in a long-term relationship with a non-celebrity Bulgarian girl, as well as that the two are married, but this hasn’t been confirmed either.

As of December 2021, Alexander appears to be single, hasn’t married and doesn’t have children.

Alexander likes to travel, and has apparently been all around the US with his sister Nina; the two seem to be inseparable, and Alexander’s Instagram account is filled with pictures which feature them together. He’s quite active on the network, and is today followed by close to 5,000 people.

Alexander is physically highly active, and has multiple training sessions at the gym every week, while he also enjoys exercising outdoors by playing sports; he’s an avid skier and snowboarder.

He has his own favorite actors and actresses, some of whom are Richard Gere, Tom Hanks and Anne Hathaway, while a couple of his favorite movies include “Hachi: A Dog’s Tale”, “Gone in 60 Seconds” and “Les Miserables”.

Alexander is apparently also into playing video games on his PlayStation 4 console – his two favorites are “The Last of Us” and “God of War”.

Who is his sister Nina Dobrev?

Nikolina Kamenova ‘Nina’ Dobrev was born in Sofia on 9 January 1989 – her zodiac sign is Capricorn, and she holds both Bulgarian and Canadian nationality.

She’s an actress, film producer and director, who’s appeared in close to 50 movies and TV series, while she’s probably known best for her portrayal of Elena Gilbert, one of the main characters in the hit fantasy horror series “The Vampire Diaries”. It was created by Kevin Williamson and Julie Plec, also starred Paul Wesley and Ian Somerhalder, and follows the people and creatures living in Mystic Falls in Virginia; the series aired from 2009 to 2017, and won 37 of the 104 awards for which it was nominated.

Nina became interested in acting while attending Vradenburg Junior Public School, and then launched her acting career after moving to J. B. Tyrrell Sr. Public School, with her portrayal of Young Frannie in the 2006 romantic comedy film “Playing House”.

At around the same time, she started practiced dancing, and upon matriculating in 2007, Nina enrolled at Armstrong Acting Studios, and then at Wexford Collegiate School for the Arts, from which she graduated with a Bachelor’s degree in 2011. She continued her education at Ryerson’s University, wanting to major in sociology, but quit to concentrate on her acting career.

She gained recognition when cast to play Mia in the teen series “Degrassi: The Next Generation” between 2006 and 2009, and in 2012, she portrayed Candace in the hit romantic movie “The Perks of Being a Wallflower”. It was written and directed by Stephen Chbosky, starred Logan Lerman, Emma Watson and Ezra Miller, and follows a freshman who has fallen in love with an older girl, while the two have now become best friends; the film won 19 of the 69 awards for which it was nominated.

For her acting skills, Nina has won 14 of the 24 awards for which she’s been nominated; her wins include seven Teen Choice Awards, a 2012 San Diego Film Critics Society Award and three People’s Choice Awards, all for her performance in the series “The Vampire Diaries” and the movie “The Perks of Being a Wallflower”.