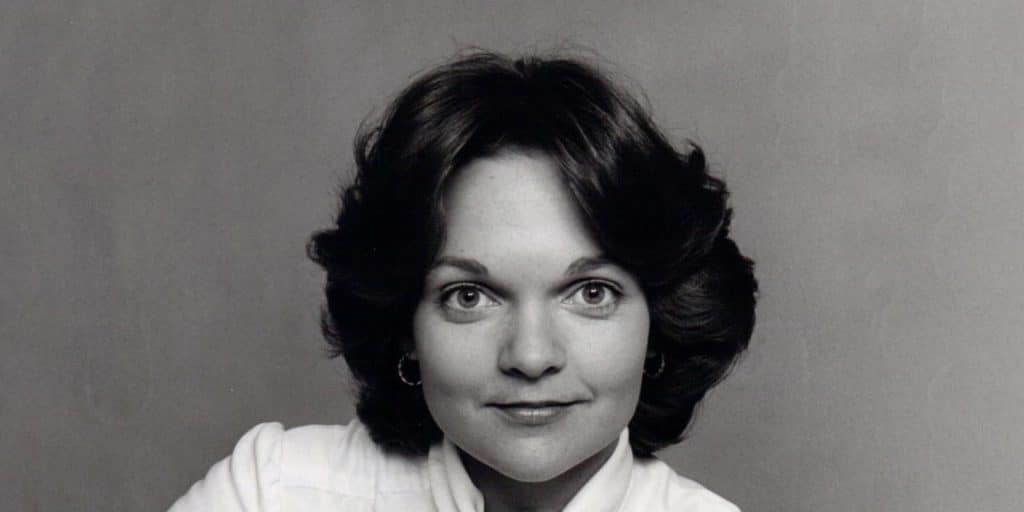 Pamela Reed is an American actress, perhaps best known for her portrayal of Gail Green in “Jericho”, and as Arnold Schwarzenegger’s hypoglemic police partner in “Kindergarten Cop”. Find out more juicy details about the veteran actress in the biography below.

Pamela Reed was born on 2 April 1949 under the zodiac sign of Aries, in Tacoma, Washington State USA, to Vernie and Norma Reed. She is of White Caucasian ethnicity and holds American nationality. Reed and her family lived in Tacoma until she was 11, then they moved to Maryland due to her father’s job with the Laborers’ Union.

Pamela matriculated from Springbrook High School in Silver Spring, Maryland in 1967. In high school, she was on the volleyball team, and also occasionally played soccer and tennis.

In 1971, she obtained her Bachelor of Fine Arts degree from the University of Washington, actually the first person in her family to graduate from college.

Reed then did various jobs for five years, after which she moved to New York to pursue an acting career.

Pamela Reed got her start in the theater, which will always be her first love. She won a Drama Desk Award for her performance in the off-Broadway play, “Getting Out”, then bagged an Obie Award for ‘sustaining excellence in performance in theater’. She was also cast in “Aunt Dan and Lemon”, “Curse of the Starving Class” and “The Humans”.

Pamela Reed made her television debut in 1976, guest-starring as Susan in an episode of “Spencer’s Pilots”.

She landed her first main role in the following year, in the CBS Drama “The Andros Targets”, playing Sandi Farell, young assistant to Mike Andros (played by James Sutorius), as a New York-based investigative reporter.

She also played Bonnie Dummar in “Melvin and Howard” in the same year.

She kicked off 1981 with the role of Linda Mercer in Peter Yates’ neo-noir thriller, “Eyewitness”, then played Nurse Sprockett in the comedy film “Young Doctors in Love” (1982).

In early 1983, she had the role of Trudy Cooper in Philip Kaufman’s historical drama “The Right Stuff”, then portrayed Nancy Scot in Herb Gardner’s “The Goodbye People” (1984), opposite Judd Hirsch, Martin Balsam and Gene Saks.

In 2018, Reed played Dotty opposite Tony Revolori, Grace Gummer, and Casey Wilson in “The Long Dumb Road”, which premiered at the Sundance Film Festival in January 2018. Her most recent film role was Sister Georgia in the 2020 film “Language Arts”.

In 1988, she landed a major role in HBO’s political mockumentary series “Tanner ‘88”, in which she played T.J. Cavanaugh opposite Michael Murphy, Cynthia Nixon and Jim Fyfe. Upon its conclusion, Pamela won an ACE Award for Best Actress in a Dramatic Series, a role she reprised in its sequel series, “Tanner on Tanner” in 2004.

Pamela landed her next main role in NBC’s 1990 sitcom series, “Grand”, playing Janice of the impoverished Pasetti family in rural Pennsylvania. From 1992 to date, Pamela Reed has played the voice role of Ruth Powers in the widely popular “The Simpsons”.

In 2005, Reed portrayed famous screenwriter Esther Shapiro in “Dynasty: The Making of a Guilty Pleasure”; the TV film covered the behind-the-scenes of the crew involved in making the 1980s hit soap opera “Dynasty”.

From 2006 through 2008, Pamela played Gail Green in the American post-apocalyptic series “Jericho”, centered on the residents of the fictional city in the aftermath of a nuclear attack. Then in 2009, she landed a recurring role in “United States of Tara” as Beverly Craine, a role she held until the show’s cancellation in 2011.

She also had the recurring role as Marlene Griggs-Knope in “Parks and Recreation” between 2009 and 2012.

In the early days of her career, Reed declared that she would never accept a role that ‘encourages sexual violence or perpetrates the idea of women as followers or appendages.’ She held fast to this decision to the present today.

Pamela Reed’s career since 1963 has been void of any scandal whatsoever. She met director Sandy Smolan at a red carpet event, dated for a year, and they married in 1988.

Now, they have two grown children together, and on 6 September 2020, Pamela and her husband welcomed their first grandchild – Zooey Rose Smolan – from their son and his girlfriend.

Since 2004, the actress has lived with her husband in Hancock Park, Los Angeles, California,.

Pamela Reed stands at the height of 5ft 5ins (1.65m) and weighs about 120lbs (55kgs). She has short blonde hair and grey eyes. Her dressing style involves a lot of classy dresses.

In late 2021, Pamela Reed has a net worth estimated at $5 million, accumulated from her five-decade career in theater and Hollywood. Details of property owned by the veteran actress and her family remain undisclosed at this time.