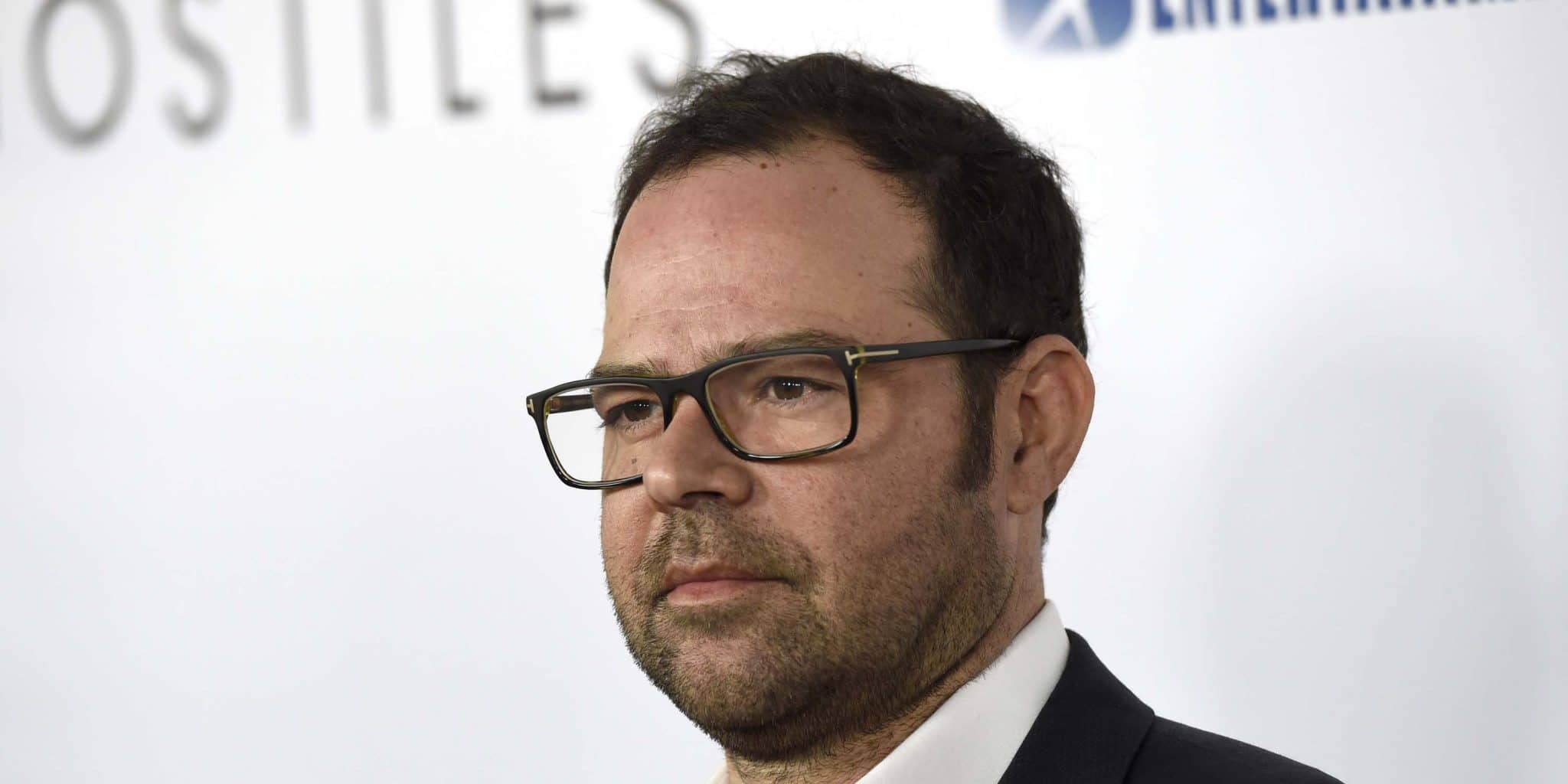 What is Rory Cochrane doing now? Wife, Net Worth, Biography

Who is Rory Cochrane?

Rory Kevin Cochrane is an actor, perhaps best recognized for his roles in popular TV series and hit movies such as “Dazed and Confused”, “CSI: Miami”, and “Argo”. He was born of mixed Irish and Indian descent under the Zodiac sign Pisces on 28 February 1972, in Syracuse, New York State, USA. As of 2021, he is 49 years old and holds American nationality.

Rory was born to Nicki Cochrane, who was also an actress, while his father’s name remains unknown. His mother was born and raised in India, and mainly landed minor roles in several movies and TV shows such as “Tanner on Tanner”, “Devil’s Advocate”, and “The Guru”.

Rory has two siblings, a brother named Brendan and a sister named Siobhan. At the age of three months, he relocated with his family to Cambridge, England, and lived there until he was eight years old.

His family later moved back to New York City, where Rory attended LaGuardia High School of Music & Art and Performing Arts. Reportedly, he had no desire to pursue higher education and enroll at college.

In an interview, Rory disclosed how he ended pursuing acting as his career, saying: ”I didn’t really know exactly the point where I wanted to be an actor. But I know at this point because I never went to college, I don’t really have anything to fall back on.”

Rory kicked off his career in 1990 at the age of 18, with a minor role in the popular drama series “H.E.L.P.” During his career spanning three decades, he has leaned more toward appearing in movies rather than series, however, he’s still made several notable appearances in popular series.

After starring in the crime drama movie “Fathers and Sons” with Jeff Goldblum, he landed his breakthrough role portraying the stoner Ron Slater in the coming-of-age comedy movie “Dazed and Confused”. The film, directed by Richard Linklater, received positive reviews, and was rated as one of the best high-school movies, catapulting Rory and most of his co-stars such as Matthew McConaughey, Milla Jovovich, and Ben Affleck into stardom.

In 1994 he shared the stage with Rene Zellweger and Gil Bellows in the crime drama “Love and a.45”, playing the psychotic felon and drug addict Billy Mack. He followed up with a performance as the employee named Lucas in the commercially unsuccessful and negatively received drama movie “Empire Records”. During the same year, he played the titular character, John, in the movie “The Low Life”, alongside Sean Astin and Kyra Sedgwick.

His next significant role came in 1997, when he starred in the drama movies “Dogtown” and “Right at Your Door”, followed by his recurring role in the miniseries entitled “The Last Don” inspired by Mario Puzo’s novel of the same title.

After his performance in the comedy-drama movie “The Adventures of Sebastian Cole”, he starred in another comedy-crime film, “Flawless”, alongside Robert DeNiro and Phillip Hoffman, then in 1999 joined Gina Gershon in the romantic thriller movie “Black and White”.

Rory kicked off the new millennium with several roles in movies, such as the comedy/drama film “Sunset Strips”, and romantic film “Prime Gig”. He also played the titular character, Chance, a keyboardist in the drama movie “Southlander”.

In 2002, he landed one of his most notable roles, starring in 50 episodes as Timothy Speedle, the trace evidence and impressions expert in the well-known police procedural series “CSI: Miami”, opposite David Caruso. During the same year, he shared the stage with Colin Farrell and Bruce Willis in the thriller drama movie “Hart’s War”.

In 2006 he portrayed Charles Freck in the animated psychological sci-fi movie “A Scanner Darkly”, opposite Woody Harrelson, Keanu Reeves, and Winona Ryder. Three years later, he played an agent Carter Baum in the commercially successful biographical drama movie about the notorious criminal and bank robber John Dillinger, “Public Enemies”, which starred Johnny Depp and Christian Bale. While the film lacked a more accurate depiction of economic misery, it received positive reviews and praise for the casts’ extraordinary performance.

After his notable appearances in the movies “Passion Play” and “Bringing Up Bobby”, he landed the role as Lee Shalz in the award-winning and critically acclaimed biographical drama movie “Argo” opposite Ben Affleck and Bryan Cranston. His convincing and powerful performance earned him several nominations and awards, including the joint Screen Actors Guild Award for Outstanding Performance by a Cast in Motion Picture.

He starred in numerous movies during the following years,  including “Parkland”, “Oculus”, and “Black Mass”. After his memorable role in the 2016 independent movie “Soy Nero”, he starred in “The Most Hated Women in America”, “The Outsider”, and “Hostiles”.

His latest Roles and Upcoming Projects

In 2019, he switched briefly to TV, and portrayed Burt in the series “Reprisal”, appearing in six episodes.

In 2021, he played Shepard in the Amazon original sci-fi movie “Encounter”. Rory is now set to appear in the supernatural horror film “Antlers”, opposite Kerri Russell and Jesse Plemons. Produced by the award-winning director and producer Guillermo Del Toro, the movie will premiere on 29 October 2021 in the US.

Even though he does his best to keep his private life away from the public eye, he dated the popular actress Renee Zellweger in 1993, which was a hot topic at the time. They met during a project, and later worked on several films, such as “Dazed and Confused” and “Empire Record”. However, the couple broke up in1995.

He was also romantically involved with another co-star from “Dazed and Confused”, Joey Lauren Adams.

At the moment, it’s rumored that Rory is in a relationship with a woman named Tracy Zachoryn, whom he has been dating since 2013. Tracy was also in the entertainment business, and had several small parts in movies such as “Burning Down The House”, “A Girl, Three Guys and a Gun”, and “Gun Shy”. Rory has never disclosed any information about the relationship, however, they’ve been seen together on numerous occasions, such as attending a concert. Additionally, he has several photos on his Instagram account featuring Tracy, with hashtags such as #datenight. She’s very passionate about cooking, and co-wrote the cookbook entitled “Kitchen Revelry” with Ali Larter. Rory often posts photos of her delicious meals on his Instagram.

In 1988, rumors circulated about Rory’s marriage to a woman named Rebecca Columbus. However, Rory claimed that he had never even met a girl with that name, let alone married her.

In 2019 some media outlets claimed the actor had passed away in April of the same year – obviously this information was also false.

As of 2021, his estimated net worth is around $3 million, acquired working as an actor. During his lengthy career, he has starred in several high-grossing movies, including “Public Enemies”, which grossed $218 million at the box office.

Thank you to Petra Lhotská Dvořáková for this screencap.

In his free time, he likes to play chess, travel, and party.

He is an avid animal lover, and has two dogs which are rescues.

Additionally, he is a fan of old-timers and bikes; he owns a Ducati.

Rory is active on his Instagram, which currently counts nearly 2,000 followers. He mainly posts photos from his travels, family gatherings, and parties. It appears that he doesn’t use Twitter, Facebook, or TikTok.