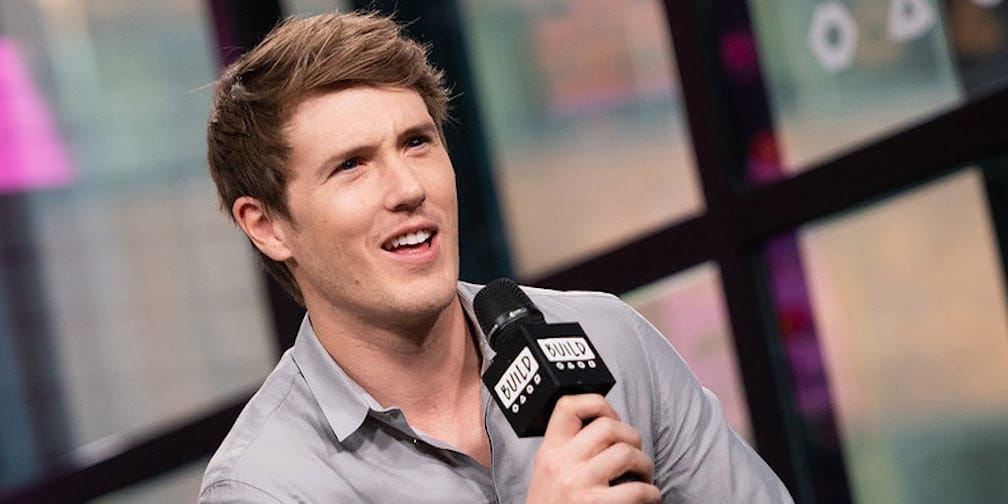 What is Spencer Treat Clark from Gladiator doing today? Wiki

Who is Spencer Treat Clark?

Spencer was born under the zodiac sign of Libra on 24 September 1987, in New York City, USA; he holds American nationality and his ethnicity is of mixed Irish, English and German descent. Spenser is a producer and an actor with 39 credits to his name, perhaps known best for his role as Lucius in the 2000 movie “Gladiator” starring Russell Crowe, Joaquin Phoenix and Connie Nielsen; the movie had 106 award nominations and won 59, including five Oscars.

Spencer was raised alongside his sister Eliza Clark, who is a playwright and screenwriter, by their parents whose names are unknown, since they prefer to keep their lives away from media’s attention.

He attended Darien High School, and upon matriculating in 2005, enrolled at Columbia University in New York City, from which he graduated with a Bachelor’s degree in Political Science and Economics in 2009.

Spencer made his first appearance on television in 1995, when he was cast to play Steven Frame in the series “Another World”, a romantic drama starring Hugh Marlowe, Victoria Wyndham and Constance Ford; the series had 176 award nominations, including for a Primetime Emmy, and won 43. Spencer was nominated for Young Artist Award Best Performance by an Actor Under Ten – Television in 1996, and Young Artist Award Best Performance in a Daytime Drama – Young Actor in 1997.

In the following years, he made appearances in series such as “Third Watch”, “The Good Wife”, “Law & Order: Special Victims Unit”, “The Closer”, “Mad Men” and “NCIS” before he was cast to play his recurring role as Werner von Strucker in the Marvel series “Agents of S.H.I.E.L.D. ” an action adventure drama about the missions of the Strategic Homeland Intervention, Enforcement, and Logistics Division (S.H.I.E.L.D), an elite team fighting against supervillains; the series had 48 award nominations, including two for Primetime Emmys and won six.

Spencer made appearances in an episode of the series “Criminal Minds” and “Chilling Adventures of Sabrina”, and after that, he portrayed Adrian Dolan in the “Animal Kingdom” which was his most recent role on television.

Spencer made his acting debut in the 1995 TV movie “It Was Him or Us”, followed by his appearances in movies such as “Long Island Fever”, “Arlington Road” and “Double Jeopardy” before he was cast to play one of his most significant roles as Lucius in the epic movie “Gladiator”, for which performance, he was nominated for Young Artist Award Best Performance in a Feature Film – Supporting Young Actor, in 2001.

Another role by which he’s recognized is his portrayal of Joseph Dunn in the movie “Unbreakable” starring Samuel L. Jackson, Bruce Willis and Robin Wright; the movie had 15 award nominations and won two, with Spencer nominated in 2001 for Blockbuster Entertainment Award Favorite Supporting Actor – Suspense.

In the following years, he portrayed Silent Ray Harris in the “Mystic River” mystery crime drama starring Sean Penn, Kevin Bacon and Tim Robbins, which had 144 award nominations and won 56, including two Oscars.

Spencer then made appearances in movies such as “Loverboy”, “The Babysitters”, and “Superheroes”, before he was cast to play Justin in the horror thriller “The Last House on the Left”, which performance brought him a nomination for Fright Meter Award Best Supporting Actor.

After this role, he was cast in some minor roles in several TV movies, however, worth noting is his role as Borachio in the 2012 movie “Much Ado About Nothing”, a romantic comedy drama based on the play of the same title written by William Shakespeare.

He also acted in several other movies, such as “The Last Exorcism Part II”, “Cymbeline”, “The Girlfriend Game” and many others, and his most recent role was as Joseph Dunn in the 2019 movie “Glass” starring by Bruce Willis, Samuel L. Jackson and James McAvoy; the movie is a spin-off from “Unbreakable” and “Split”, all three created and directed by M. Night Shymalan.

What is he doing today?

Fans of this young, talented actor will be happy to hear that Spencer is filming a new movie entitled “Salem’s Lot”, a horror based on the book of the same title written by Stephen King, in which Spencer is cast to play Mike Ryerson; the premiere should be in 2022.

Also, he will star in the announced sequel of “Gladiator”, entitled “Gladiator 2”, which should be filmed with screenplay written by Peter Craig, and the director of the movie will be Ridley Scott.

There were various rumors concerning both Spencer’s love life and his sexual orientation, however, he hasn’t spoken about any woman or man whom he has been with.

Since last year, there are pictures of him and a certain girl named Jaclyn, and it seems that they’ve been together for some time.

Spenser hasn’t spoken publicly about her, but his friends are familiar with their relationship, according to posts and comments on his Instagram account.

One of Spencer’s favorite hobbies is traveling; he’s visited a couple of US states thanks to his career, but for pleasure, he’s traveled to some European countries, and has also visited other continents. It seems that his girlfriend shares his love for visiting other countries and continents; there are pictures featuring the two of them in the city Siem Reap in Cambodia, and Cusco City in Peru, which are Spencer’s favorite travel destinations.

Spencer is into sports – he likes swimming, surfing, he plays basketball and football with his friends, and calls himself an ‘adrenalin junkie’, as he loves hiking, riding a bicycle in the mountains, bungee jumping, kitesurfing, and even tried volcano boarding.

In his spare time, he likes to read books; his favorite writer is Stephen King and his book “If It Bleeds” is Spencer’s favorite. He also likes to watch movies, especially horrors such as “The Exorcist”, “The Babadook”, and “The Shining”.

As of November 2021, his net worth has been estimated at close to $3 million.