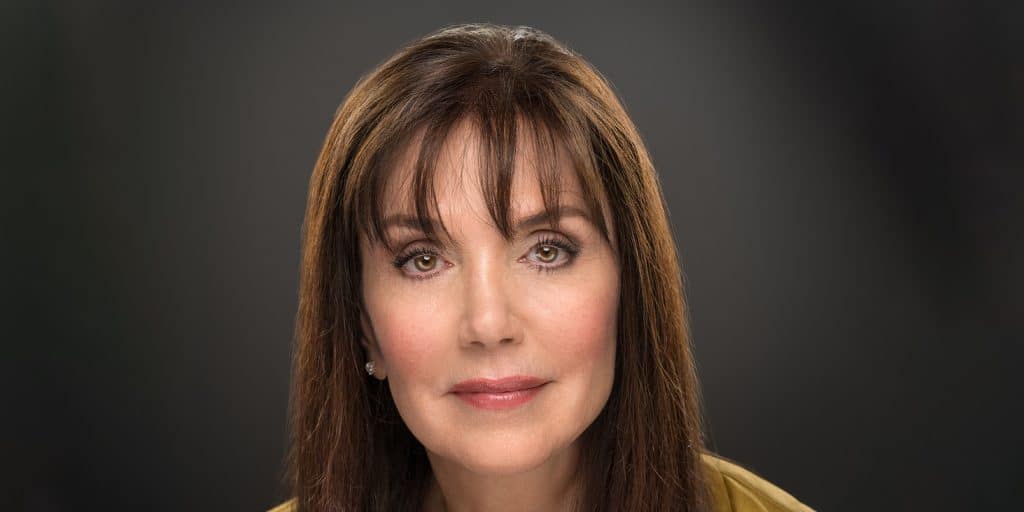 What is Stepfanie Kramer doing now? Husband, Net Worth, Wiki

Born on 6th August 1956, in Los Angeles, California, USA, Stephanie ‘Stepfanie’ Lyla Kramer is an actress, writer and singer/songwriter, probably best known for her role as detective Sgt. Dee Dee McCall in “Hunter”. The outspoken Leo, who is of Native American descent on her maternal side, stands at 5ft 6ins (1.67m) and weighs 143lbs (65kgs), vital statistics unknown.

With an artist for a mother and classical violinist for a father, it appears that Stepfanie was always destined to enjoy a long and fruitful career in showbiz. An only child, Stepfanie matriculated from Chatsworth High School in 1974, and is now included in its list of notable alumni, alongside the talented Farah Alvin and Christie Claridge.

Going on to study at the American Academy of Dramatic Arts/West (AADA), Stepfanie wasted no time in pursuing her acting dreams.

1977 was the year Stepfanie first appeared on the small screen with a bit role in “Starsky and Hutch”, a gritty police series starring the talented David Soul, Antonio Fargas and Paul Michael Glaser. The following year, the aspiring star appeared briefly in episodes of “Eight Is Enough” and “The Hardy Boys/Nancy Drew Mysteries”. A much more professionally rewarding year for Stepfanie was 1979, as the Los Angeles native appeared in four episodes of “Married: The First Year”, an episode of “The Runaways”, two episodes of “Fantasy Island”, and two episodes of “The Secret Empire”.

Interspersed with the slow trickle of work, Stepfanie graduated from AADA, and took odd jobs. Displaying her impressive acting range, other series Stepfanie lent her talents to in the early 1980s include popular soap operas and romcoms – “Days of Our Lives” and “Knots Landing” – and humorously crude productions such as “The Dukes of Hazzard”. In fact, it was just a matter of time before the thespian would land her big break.

In 1983, Stepfanie joined the cast of “We Got It Made”, a sitcom which ran for two seasons over four years, following the adventures of two wildly different bachelors who hire a beautiful housemaid.

Stepfanie’s character, Claudia, appeared in 22 episodes and was part of the supporting cast. Despite the focus being on the show’s three main stars – Teri Copley, Tom Villard and Ron Karabatsos – and their comings and goings, Stepfanie didn’t pass-by completely unnoticed, and snagged a lucrative starring role in “Hunter” almost immediately. Created by Frank Lupo and set in Los Angeles, “Hunter” was a hugely popular cop series which ran from 1984 to 1991, and was nominated for three Primetime Emmys. Co-starring opposite Fred Dyer and Charles Hallahan, Stepfanie’s character Dee Dee became a fan favorite thanks to her unwavering loyalty, quick thinking, and spunky attitude.

While enjoying her success on the show, Stepfanie still continued to work hard, as the actress had roles in TV movies and other series between seasons. Nevertheless, following her last appearance in “Hunter”, the beautiful brunette committed what many fans consider a professional faux pas, by appearing in four TV movies – “Beyond Suspicion”, “Deceived by Trust”, “Coins in the Fountain”, and “Thrill” – back-to-back, which led to the actress’s artistic growth stalling. It had been reported that Stepfanie was leaving the cop series behind to pursue a music career. A trained mezzo-soprano, the Californian made the most of her talents by singing in several episodes of “Hunter”; however, her change of career didn’t go as planned – the album which she recorded with producer Nils Lofgren never saw the light of day.

With that said, Stepfanie’s success in TV movies came in handy in the early 2000s. Over a decade after the original show came to an end, the stars of “Hunter” reunited to shoot “Hunter: Return to Justice”, and “Hunter: Back in Force”. The series was reprised in 2003, but pulled off air after just five episodes for unknown reasons, despite positive viewing figures.

From 1992 to 2001, Stepfanie was married to Mark Richards following a whirlwind courtship. A Denver-based businessman, Mark remained an anonymous figure throughout their relationship and marriage, and maintained a dignified silence following the couple’s surprise divorce.

It’s believed that Stepfanie, who relocated to Denver to be closer to her then-husband, wanted to focus on her career, and moved back to Los Angeles, leading to the marriage’s breakdown.

The couple has one daughter, Lily Claire Richards, born on 14th November 1994. From appearing at press events and creating her own web-series at an early age, to collaborating with Lululemon and giving interviews, Lily is definitely a force to be reckoned with, and has inherited the best of both parents. A self-described actress, director, and writer, Stepfanie and Mark’s daughter also has a love for the arts, and a taste for the finer things in life, as demonstrated by her travelling and street fashion snaps.

Lily is also an outspoken Democrat, and a fierce supporter of the LBGT collective, as her web-series portrays a lesbian relationship between herself and her real-life girlfriend. Other independent projects Lily has collaborated on include “The Female Gaze” and “Welcome, Megan”, and the brunette is also busy with “Brothers Broken: The Story That Stopped The Music”, a gripping documentary following Geoff and Robbie Levin, two brothers who joined Capitol Records and left their musical ambitions behind to leave a cult after releasing a hit pop record. As for Stepfanie’s current personal life, there are no details regarding a possible love interest.

It appears that the actress is enjoying her golden years with friends and loved ones, and has no desire to get back into the dating world.

Despite a decades-long career in which she was viewed as a positive role model for young girls while playing Dee Dee McCall, Stepfanie’s net worth is estimated at just close to $1 million, as of early 2022, most likely because of the Californian’s frequent breaks between projects, and a lack of promotion – the actress only has 2,000 Instagram followers.