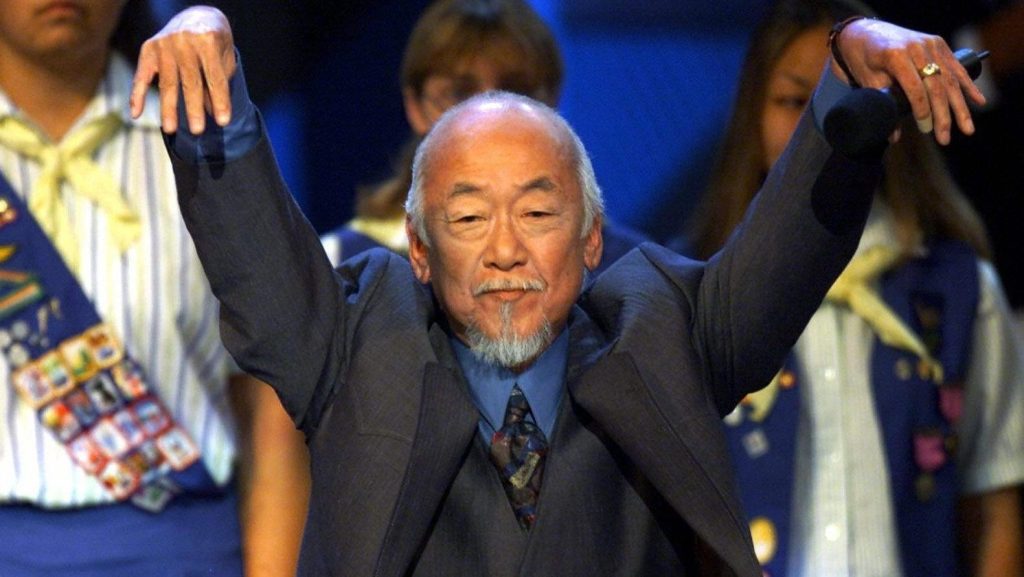 When did and how Pat Morita die? Net Worth, Spouse, Kids, Wiki

Who is Pat Morita?

Noriyuki “Pat” Morita was a legendary actor and comedian of Japanese descent, born on 28th June 1932, in Isleton, California, USA. Known and loved for various successful projects, such as his role in “The Karate Kid” saga, Pat sadly died of kidney failure on 24th November 2005, following a lengthy battle with alcohol addiction.

With a career spanning decades, Pat racked up over 170 credits following his acting debut in the 1964 Japanese drama “Jidôsha dorobô”. Despite being a late bloomer in the industry, the prolific actor wasted no time in getting his name out there, appearing in three movies and two series in 1967 and 1968.

At first, Pat was merely given bit roles; his first recurring role came in 1969, when he played Barney Cook in six episodes of lighthearted comedy “The Queen and I”. Over the next three years, Pat appeared briefly in “Nanny and the Professor”, “McCloud”, “Laugh-In”, and other series, as well as gritty TV movies in which he displayed his versatility.

From 1975 to 1983, Pat thrilled viewers with his role in the sitcom “Happy Days”, in which he played the humorous but unhygienic restaurant owner Matsuo ‘Arnold’ Takahashi, who appeared in a total of 26 episodes. Gifted in karate and fluent in four languages, Arnold was known for replying to the bathroom graffiti the teenagers wrote in his establishment.

As soon as the series ended, Pat unknowingly landed the role of his lifetime, when he was chosen to star in “The Karate Kid”.

Between 1984 and 1994, Pat played Mr. Miyagi in the critically acclaimed “The Karate Kid” film series. The movie’s simple but effective plotline saw adolescent Daniel LaRusso – played by Ralph Macchio – moving from New Jersey to Los Angeles with his mother Lucille.

Faced with cruel bullying from his love interest’s ex-boyfriend and the rest of his gang, Daniel is unable to defend himself until he sprays the antagonist, Johnny, with a hose on Halloween. Consequently, Johnny and his cohorts chase Daniel and beat him up, until Mr. Miyagi appears out of nowhere and manages to beat them all without breaking a sweat.

Daniel asks Mr. Miyagi, the handyman of the apartment complex where he lives, to teach him karate. Over time, the two develop a close bond, and Daniel finally beats Johnny in a karate tournament thanks to Mr. Miyagi’s guidance.

With an $8 million budget, the movie made an impressive $122 million profit at the box office, and won two Young Artist Awards in 1985, thus spawning a franchise of sequels, merchandise, and even a videogame.

The culturally influential film was also credited with making karate popular in the US.

Although the other three “Karate Kid” films weren’t as popular as the first, they helped establish Pat in the industry, and earned him more lucrative roles such as his voiceover work as The Emperor in “Mulan”.

Another notable project that deserves a mention is Pat’s portrayal of Lt. Ohara in the late 1980s crime series “Ohara”, which was nominated for a Primetime Emmy and made history for being one of the few American series with an Asian-American lead.

At the tender age of 21, Pat married his first of three wives, Kathleen Yamachi, with whom he had his first daughter, Erin Morita. At the time, Pat was slowly recovering from the scars of his traumatic childhood, which saw him emerge from spinal tuberculosis while living in a sanitarium. Kathleen was 27 years old when they tied the knot, but not much is known about her otherwise.

After forming a family with his wife, Pat chose to pursue a different career, and went from working at his parent’s restaurant to finding a job in the aerospace industry.

From then, the multi-talented comedian tried his luck at acting, and is quoted as saying in his documentary: “I just made up my mind at age 30 that was it, if I don’t do it now, I’ll never do it, and for the rest of my life, I’ll kick myself in the you-know-what”.

Pat and Kathleen divorced in 1967, after which the actor wasted little time in settling down with his second wife Yukiye Kitahara, with whom he had daughters Aly and Tia, but the marriage was also doomed to eventually fail, with Pat filing for divorce in 1989.

Finally, Pat married retired American actress Evelyn Guerrero in 1994. Known for her work in movies and series between 1969 to 1999, Evelyn was born in 1949 and was just 12 years old when she first met Pat.

Appearing on daytime talk show “Table for 5 with Felicia & Annette”, the actress explained that she met Pat because her aunt, the deceased comedian and dancer Sally Marr, mentored him when he was starting out as a stand-up comedian. Evelyn added: “But you know what’s funny is if someone had told me then that I would marry him years later, I would say are you crazy? Uncle Pat?”

Now in the last weeks of his life, Pat was admitted to a hospital in Las Vegas on Halloween 2005, and soon developed a bladder and urinary tract infection which led to his death.

Despite the doctors’ warnings and a last-ditch 2004 rehab stint, Pat was unable to overcome his demons, but according to Evelyn, was at peace with dying after a long and fruitful career.

As for Pat’s daughters, none of them have ever wished to be in the public eye, and there are few pictures of them online.

Pat’s net worth comes in at an estimated $5 million, thanks to his “The Karate Kid” work a other successful projects. The actor’s estate also earns money from royalties and memorabilia.