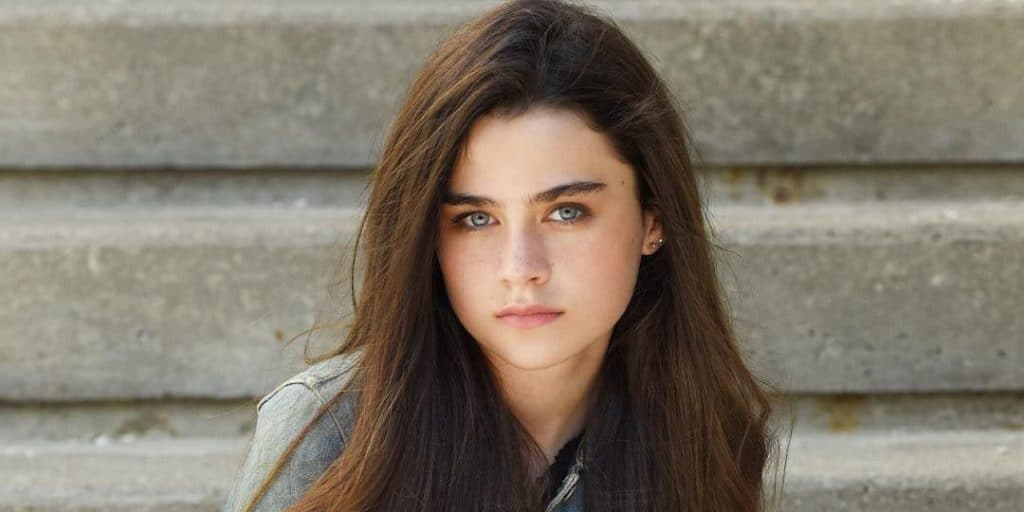 Who is Lola Flanery?

Lola Flanery was born in Los Angeles, California USA, on 26 May 2005 – her zodiac sign is Gemini, and she holds American nationality. She’s an actress, perhaps known best for playing the role of Maidi in the sci-fi TV series “The 100”, as well as Seelie Queen in the fantasy action series “Shadowhunters”.

Lola is the daughter of the actor Sean Patrick Flanery – perhaps known best for his roles in TV series such as “The Dead Zone” and “The Young and the Restless” – and his first wife, Sacha Grierson, a film producer. They divorced in 2007, and Sean soon remarried to the actress and model Lauren Michelle Hill, with whom he has two sons, Charlie and Porter.

Following the divorce, Lola’s mother got full custody of her, and they relocated to Toronto, Canada. She still has a close relationship with her father, who often visits her in Canada.

Lola started her career as a child model, for brands such as Gap, Target and Roots, and was also featured on covers of the magazines “Poster Child” and “Chatelaine”. It didn’t take long for her to realize that she has a talent for acting as well, and she landed her first film role when she was only 10 years old.

Despite her career taking off so early, Lola didn’t neglect her education; she was always a diligent student, and so managed to matriculate high school in 2019, at only 14 years of age.

She hasn’t enrolled at a college due to her numerous filming obligations, but apparently has plans to obtain a college degree in the future.

Lola made her film debut in the 2015 TV movie “Last Chance for Christmas”, in which she played one of the leads alongside Hilarie Burton and Gabriel Hogan. In the following year, she had another starring role, in the award-winning thriller drama “Lavender”, centered on a photographer recovering from amnesia, who is on a quest to uncover the dark secrets of her family. The film was written and directed by Ed Gass-Donnelly, and premiered at the 2016 Tribeca Film Festival.

In 2017, she played Reese Witherspoon’s daughter, in the romantic comedy “Home Again”, about a single mother who moves in with three young guys. Also in 2017, she starred alongside Hugh Thompson in the critically acclaimed psychological drama “Touched”, and we saw her appear in the TV horror thriller “Neverknock”.

Lola’s most recent movie role was in the Hallmark romantic drama “Season for Love”, which also starred Autumn Reeser, Marc Blucas and Shelley Thompson. Since then, Lola has been exclusively working on TV series, although she has plans to eventually return to the big screen.

Lola made her TV series debut in the mystery horror drama mini-series “The Mist”, created by Christian Torpe, and which starred Morgan Spector, Alyssa Sutherland and Gus Birney. From 2017 to 2019, she played Seelie Queen, one of the major antagonists in the Canadian supernatural teenage drama “Shadowhunters”. The series was created for Freeform channel by Ed Decter, based on the series of novels by Cassandra Claire, and follows a young girl Clary Fray (played by Katherine McNamara), who discovers that she is a human-angel hybrid whose duty is to hunt down demonic creatures. The series was a huge success among younger viewers, and won 13 awards, including the 2019 People’s Choice for Favorite Sci-Fi/Fantasy Series.

Parallel to working on “Shadowhunters”, Lola also had a role in the drama “Mary Kills People”, created by Tara Armstrong, and which starred Caroline Dhavernas, Jay Ryan and Richard Short. It follows Dr. Mary Harris, who works at the emergency department of a hospital, while running an illegal assisted suicide business. The series was praised by the critics for its unique premise, exploring the ethicality of euthanasia, and for compelling performances by the actors. It won two Canadian Screen Awards, for Best Direction and Best Lead Actress.

Between 2018 and 2020, Lola played the role of Madi Griffin, in the final three seasons of the post-apocalyptic sci-fi drama “The 100”, loosely based on the eponymous series of novels by Kass Morgan.

It follows a group of young delinquents who are returning to Earth from their space habitat, following a nuclear apocalypse which wiped-out almost all life from the planet; Lola’s character is one of the few survivors who were not in space during the catastrophe, initially played by Imogen Tear in her 2017debut appearance, before she was replaced by Lola.

As a young actress, Lola has already gained quite a fanbase, so her popularity on social media comes as no surprise. On Instagram, her account ‘@lola_flanery’ is followed by more than 930,000 people. She often posts casual photos from her everyday life, while she also sometimes shares professionally done modeling shoots.

Lola shares her goofy side with her fans on her TikTok account ‘@_lolaflanery’, which numbers more than 200,000 followers, with over 1.8 million likes. Her bio reads ‘sometimes i act in things, most of the time i’m on tiktok’.

In July 2020, Lola shared a photo with the young Canadian actor Dylan Kingwell, in which they can be seen cozying up during a hiking trip. This basically confirmed the rumors that the two were dating, and since then, they’ve been spotted spending time together on several occasions.

However, the two haven’t posted an update on their relationship in a while, so it’s unclear whether they are still together or if they are simply trying to keep their love life away from the public eye.

Lola is a very active person, and especially enjoys water activities such as surfing and scuba diving.

She loves animals and has a pet dog called Gizmo.

Lola is fluent in three languages – English, French and Mandarin.

She enjoys watching superhero movies in her spare time, with some of her favorites being “Wonder Woman”, “Infinity War” and “Thor: Ragnarok”.

As of October 2021, her net worth is estimated at already more than $1 million.