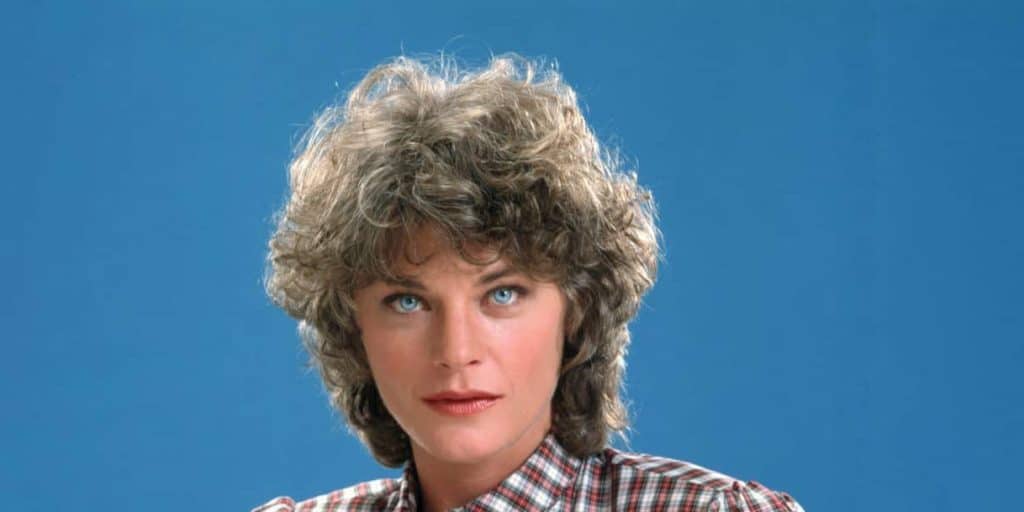 Where is actress Meg Foster now? What is she doing today? Wiki

Who is Meg Foster?

Meg Foster is an American award-winning actress, perhaps still best known to the world as Hester Prynne in the TV mini-series “The Scarlet Letter” (1979), and as Ingrid in the film “Ticket to Heaven” (1981), in addition to many other prominent roles that she has secured in her career.

Where is Meg Foster Now? What is she Doing Today?

Despite being in her mid- ‘70s, Meg is still active and pursuing new roles almost daily. She is currently working on several projects, including the horror film “The Accursed”, co-starring Mena Suvari and Alexis Knapp, scheduled for release late in 2022, and the thriller film “Haunted: 333”, which is now in post-production and waiting for its premiere date.

Margaret Foster was born on 10 May 1948 under the Taurus zodiac sign, in Reading, Pennsylvania USA, one of five children born to David Foster and his wife Nancy. She spent her childhood in Rowayton, Connecticut with her three sisters, Jan, Nina and Gray, and their brother Ian. Interested in acting from an early age, Meg studied acting at the Neighborhood Playhouse School of the Theatre in New York City.

The popular actress started her career in theater, featuring in a Cornell Summer Theater production of “John Brown’s Body” in 1968, and the same year she appeared in the off-Broadway production of “The Empire Builders”.

She debuted on screen in the TV series “Here Come the Brides” in 1970, and the same year also made her film debut as Joyce in the drama film “Adam at Six A.M.”, which starred Michael Douglas, Lee Purcell and Joe Don Baker. She continued to build a portfolio throughout the ‘70s, appearing in such projects as the drama film “Thumb Tripping” (1972) in which she co-starred with Michael Burns and Bruce Dern, while in 1973 she portrayed Nora in the television movie “Sunshine”, the role she reprised in the ensuing TV series “Sunshine” in 1975. Two years later, she was Jennie Jamison in the TV mini-series “Washington: Behind Closed Doors”, while in 1979 she portrayed Hester Prynne in the TV mini-series “The Scarlet Letter”.

Meg was gradually improving, and becoming more popular in the world of entertainment. She started the next decade with the role of Katrina Van Tassel in the television movie “The Legend of Sleepy Hollow”, then in 1981 portrayed Ingrid in the film “Ticket to Heaven”. The following year, Meg secured one of the most popular roles in her career as Detective Christine Cagney in the TV series “Cagney & Lacey”, taking her chance when Loretta Swit was unavailable for the series, and featured in six episodes before being replaced by Sharon Gless, in fact dropped from the show which affected her further career, but she successfully bounced back with the female lead role in the action-adventure film “The Emerald Forest” (1985), co-starring Power Boothe and Yara Vaneau.

Two years later, Meg was Evil-Lyn in the fantasy action-adventure film “Masters of the Universe”, directed by Gary Goddard and co-starring Dolph Lundgren and Frank Langella, while in 1988 she co-starred with Roddy Piper and Keith David in John Carpenter’s horror film “They Live”. Before the ‘80s ended, Meg had several prominent roles, including the lead role in the horror film “Stepfather II: Make Room for Daddy” (1989), and featuring in the horror mystery film “Leviathan” (1989). Meg continued rather successfully into the ‘90s, with roles in such projects as the TV series “Quantum Leap” (1992), and in 1993 she was Maureen Dietz in the film “Hidden Fears”.

Two years later she starred in the crime thriller film “Undercover Heat”, alongside Jeffrey Dean Morgan and Athena Massey, while in 1999, Meg appeared in the mystery crime-drama film “The Minus Man”, with Owen Wilson, Sheryl Crow, and Dwight Yoakam in the lead roles.

At the start of the 2000s, Meg reduced her appearances – in the first decade she was Hera in the TV series “Xena: Warrior Princess” in 2000, while in 2004 she had a minor role in the film “Coming Up Easy”. After 2004, Meg took an hiatus from acting that lasted until 2011, when she returned to the screen in the role of Audrey Gibbs in the film “25 Hill”, and the same year she was Gloria in the film “Sebastian”.

In 2012 she starred in the Rob Zombie film “The Lords of Salem”, alongside Sheri Moon Zombie and Bruce Davison. Next, she featured in the TV series “Ravenswood” (2013-2014) then played Carla Grunwald in the TV series “Pretty Little Liars” from 2013 to 2016. Next, Meg was Josephine LaRue in the TV series “The Originals” in 2015, while in 2016 she appeared in another Rob Zombie film – “31” – which starred Malcolm McDowell, Richard Brake, and Jeff Daniel Phillips. In 2017, Meg secured the role of Gaylen Brandon in the horror film “Jeepers Creepers III”, and in 2018 appeared in two films – “Any Bullet Will Do” and “Overlord” – while in 2019, Meg portrayed Beverly Bonds in the TV mini-series “A Place Called Hollywood”.

The same year she starred in the horror film “Investigation 13” and continued with another horror film, “There’s No Such Thing as Vampires” (2020); her most recent on-screen appearance was in the horror film “Hellblazers” in 2022, written and directed by Justin Lee, and starring Adrienne Barbeau, Greg Beaton, and Crash Buist.

As of early 2022, Meg Foster’s net worth has been estimated to be around $1.1 million, earned through her successful career as an actress, during which she has appeared in over 120 film and TV titles.

Meg doesn’t like talking too much about her personal life, but it’s known that she was wed to Canadian actor Stephen McHattie, best known as Grant Mazzy in the film “Pontypool” (2008) and Hollis Mason in the film “Watchmen”. The two married in 1976, but later divorced, though she’s never revealed when the two split. She has a son, Christopher Starr with Ron Starr, but she hasn’t shared when he was born, or the dates of their relationship.

The prominent actress is known for her striking pale blue eyes, while she has light brown hair. She stands at a height of 5ft 6 ½ins (1.69m), while she weighs approximately 132lbs (60kgs) – her vital statistics are unknown, though she has a slim figure.