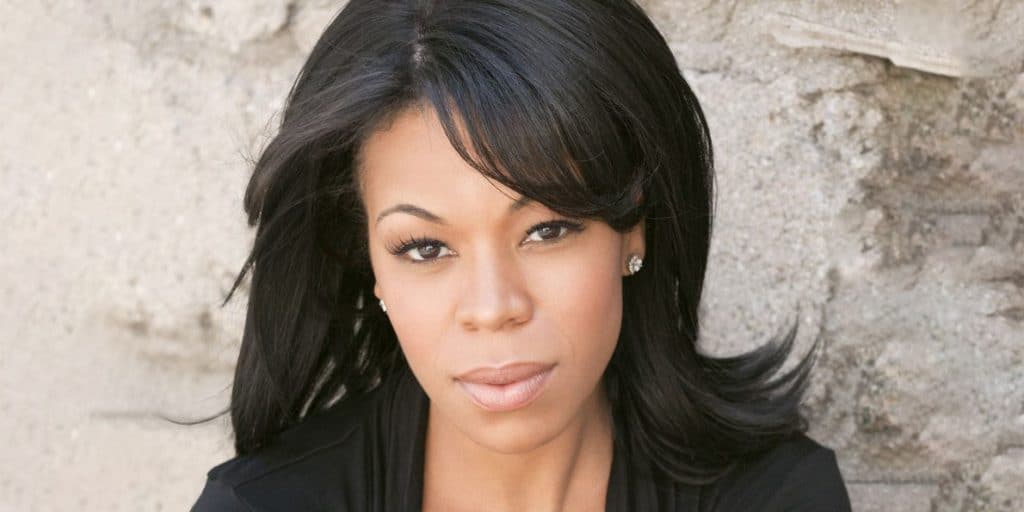 Who is Alexis Fields?

Alexis Fields is an American actress, perhaps still best known to the world as Nicole Wilson in the TV series “The Secret World of Alex Mack” (1994-1998), and as Diavian Johnson in the TV series “Sister, Sister” (1996-1998), in addition to several other roles that she has secured so far in her career.

Where is Alexis Fields Now?

Alexis Fields is now in her early 40s and enjoying acting fame and family life. You can see her currently in the award-winning TV drama series “All American” (2019-2021), starring Daniel Ezra, Samantha Logan and Michael Evans Behling among others.

Alexis Fields was born on 3 March 1979, in Playa Del Rey, California USA. She is the daughter of Laverne ‘Chip’ Fields, an American singer, actress and director, best known to the world as Lynetta Gordon in the TV series “Good Times” (1974-1979), while there is no information about Alexis’s biological father. She has an older sister, Kim Fields, also an actress and director, born in 1969.

She matriculated from St. Bernard High School in her hometown.

Surrounded by the show business from an early age, since her mother and older sister were already stars, Alexis started showing interest in performing arts at an early age. Her debut finally happened at 14 years old, when she began portraying Sheila Hendricks in the Primetime Emmy Award-nominated comedy-drama series “Roc”, with Charles S. Dutton, Ella Joyce and Rocky Carroll. She featured in 22 episodes of the popular series, which instantly put her on the Hollywood map.

She continued her career with a minor role in the award-winning TV comedy series “Hangin’ with Mr. Cooper” (1993), while in 1994 she was chosen for one of her most popular roles, as Nicole Wilson in the awarded TV comedy-drama series “The Secret Life of Alex Mack”, starring Larisa Oleynik, Meredith Bishop, and Darris Love. She was a recurring character on the show, appearing in 26 episodes in four years, which turned her into a proper star. Then from 1996 to 1999 she was Diavian Johnson in the Primetime Emmy Award-winning TV comedy series “Sister, Sister”, starring actual twin sisters, Tia Mowry and Tamera Mowry, alongside Jackee Harry.

She continued in a stunning fashion before the ‘90s ended, first by portraying Sharla Morrison in the TV series “Kenan & Kel”, starring Kenan Thompson, Kel Mitchell and Ken Foree, and then by playing Alicia in the TV series “Moesha” (1999-2001).

With the start of the new millennium, Alexis’s career started to decline, as she only booked minor roles in not-so-popular projects. One such role was as Tiffany in the TV series “One on One” (2001-2002), and as Rita in the TV series “Sabrina the Teenage Witch” (2002). As a result, she was slowly drifting away from all the glitz and glamour Hollywood offers, and people were seeing less and less of her.

Outside of a few one-time appearances from 2005 to 2010, she wasn’t active as an actress, focusing mainly on her family life, but returned to the small screens in 2015 with t,he role of Claudine Walker in the TV drama series “All That Matters”.

As of late 2021, Alexis Fields’s net worth has been estimated to be around $3 million, earned through her successful career as an actress, during which time she’s appeared in over 20 film and TV titles, all of which have contributed to her wealth.

In the mid- 2000s, Alexis made her family most important. She has been married to Kevin Jackson for 15 years, and the couple has two children together. She gave birth to their daughter they named Kaycie when she was 29 years old, and their second child, a son named Kaden was born in 2013.

Although she hasn’t pursued a career in music, singing is her greatest passion, and she often sings in front of friends and family.

Moreover, she loves to travel and for the needs of her work, has traveled across the US.

Alexis is rather active on social media, with 270,000 followers on her official Instagram page, on which she posts pictures and videos of her family, including children and her mother.

Moreover, she’s used her influence to spread awareness on several social issues and has supported a number of social movements, including Black Lives Matter.