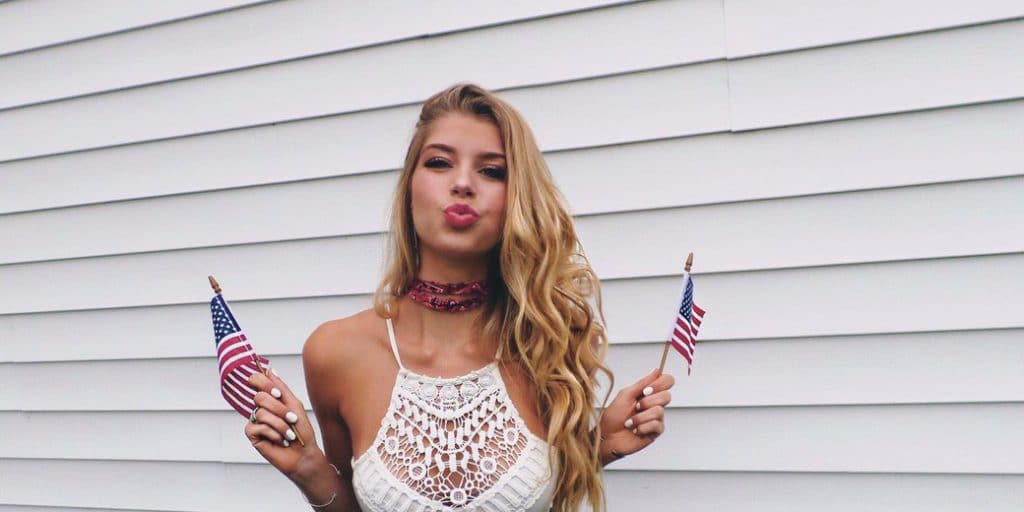 Where is Allie DeBerry now? What is she doing today? Biography

Who is Allie DeBerry?

Alexandria Danielle ‘Allie’ DeBerry was born as under the zodiac sign of Scorpio on 26 October 1994, in Houston, Texas USA; she holds American nationality, and her ethnicity is White. She is an actress with 44 credits to her name, perhaps known best for her role as Paisley Houndstooth in the Disney series “A. N. T. Farm” from 2011, a family comedy drama that had 12 award nominations, and won seven. In 2012, Allie was nominated for a Young Artist Award Best Performance in a TV Series- Recurring Young Actress 17-21.

Allie was raised in the Houston’s neighborhood Kingwood alongside her two siblings by their parents, Cindy and Tom DeBerry, who are of Czech and English descent respectively. At the age of five, Allie started acting in commercials, and campaigns for various companies such as Burger King, American Girl, Barbie, and several others.

She attended Woodlands Hills Elementary, Kingwood Middle School, and Kingwood Park High School, but upon matriculating in 2012, Allie didn’t enroll at college, instead she moved to Los Angeles, California to fulfill her dream of becoming an actress.

Allie had made her first appearance in an episode of the documentary series “It’s a Miracle” in 2001, and in the following years had supporting roles in the series “I’m With Her”, “What’s the Word”, “True Jackson”, “The Wannabes Starring Savvy” and “Shake It Up”.

In 2011, she was cast to play Paisley Houndstooth in the series “A. N. T. Farm”, in which she appeared in 31 episodes, followed by her role as Savannah in the series “Suburgatory” in 2014, then in an episode of the series “From Dusk Till Dawn: The Series”.

In the following years, she had some minor roles in several series; her most recent role was in the 2021 series “DFW the Series: Traffickers”, in which she portrayed Montgomery Laurent.

Allie made her debut on the big screen in the 2001 movie “The Way She Moves” in which she had a minor role, followed by supporting roles in movies such as “Love and Mary”, “Mission Air” and “Hoovey”.

In 2015 she was cast to play Jackie in the movie “Pass the Light”, in which she starred alongside Dalpre Grayer and Cameron Palatas in this family drama about a high school senior Steve Bellafiore who decides to run for Congress. The movie had 23 nominations and it won 20 awards; Allie won four awards for her performance – Christian Film Festival-Menchville Baptist Church awards for Best Actress, Best Actress Fan Favorite, and Best Villainess, while her fourth award Best Cast she shared the rest of the cast.

In the following years, Allie made an appearance in movies such as “The Adventures of Pepper and Paula”, “King Ripple”, “Lazer Time” and “A Haunting in Cawdor”, followed by her roles in “Slash”, and then “Mamaboy” in 2016 starring as Lisa Weld alongside Stephen Tobolowsky and Gary Busey in this family comedy drama about a teenager who became pregnant, and has to hide that fact from her school friends and family, the only solution being to transfer the embryo into her boyfriend’s body.

Allie then appeared in several TV movies – her most recent role is in the 2021 movie “Send It!” in which she portrayed Sarah Smith, with Kevin Quinn, Patrick Fabian and Claudia Lee in this adventure comedy drama about the life of an extreme sportsman.

Two more movies are in post-production, scheduled for released by the end of 2021; in the movie “Red Stone” Allie portrays Emily, starring alongside Michael Cudlitz and Neal McDonough, and she plays Samantha in the horror thriller movie “Presence”, written and directed by Christian Schultz.

Allie has kept her love life a secret, however, it’s widely known that in 2017 she married Tyler Beede. Born under the zodiac sign of Gemini on 23 May 1993, in Worcester, Massachusetts USA, Tyler is an American professional baseball pitcher for the San Francisco Giants.

Allie talked for lovelybride.com about how they met, saying ‘My mom was watching the College World Series on TV and Ty was pitching.

She told me ‘he’s so cute’ and I thought it was funny how we had matching moles *beauty marks* on our faces. She kept insisting I follow him on Twitter, and after she kept nagging me, I finally did. He messaged me right away, and we met a few weeks later in San Francisco after he was drafted to play baseball professionally with the Giants! We ended up having our first kiss a couple hours later on the KISS CAM in from of everyone.’

The two married on 26 November 2017 in Austin, Texas, and as of October 2021, they are still married; they don’t have children.

One of Allie’s favorite hobbies is swimming; she likes sunbathing and everything related to the beach, and besides that, she likes to explore old town settlements, while riding a bicycle.

In her spare time, Allie likes to read books – her favorite writers are Greer Hendricks and Sarah Pekkanen, and their book “The Wife Between Us”.

She also likes to watch movies – her favorites are “The Notebook”, “Finding You” and “A Snowy Christmas”; her favorite actors are Tom Hanks and Mel Gibson, and favorite actresses Julia Roberts and Cameron Diaz.

Allie is into sports, she plays tennis and volleyball, and works out three to four times per week at the gym. When she was in high school, Allie was a cheerleader and participated in track, so she continues to take care of her body to stay in shape.