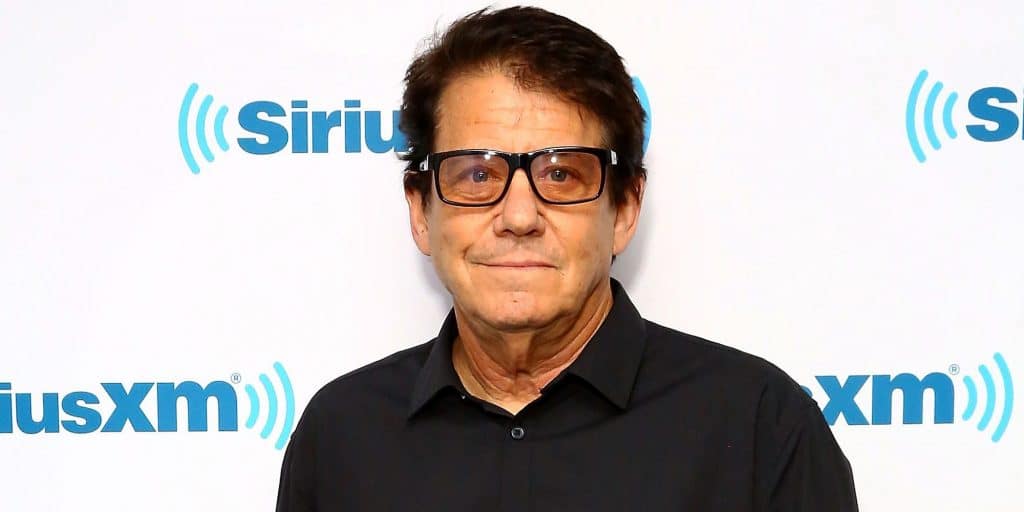 Who is Anson Williams?

Anson William Heimlich is an actor, singer, and director, perhaps best recognized for his role as Warren Potsie Weber in the TV sitcom “Happy Days”. As a TV director, he has worked on several popular shows, including “Beverly Hills, 90210”, “Sabrina the Teenage Witch”, and “Lizzie McGuire”. He was born under the Zodiac sign Libra on 25 September 1949, in Los Angeles, California, USA, of Hungarian and Russian descent. As of 2022, Anson is 72 years old and holds American nationality.

Anson was born into a Jewish family – to Rosalind Horowitz and father Haskell Heimlich, who legally changed the last name to ‘Heimlick’.

According to sources, Anson was fascinated with TV shows and movies from a young age, and spent most of his time in front of the black and white TV screen.

Regarding his education, he attended Burbank High School, where he displayed interest in sports, serving as a captain of the track team. Additionally, Anson got the acting bug, which prompted him to perform in several plays held at his school.

He emerged as one of the best students, and after matriculating in 1967, it was implied that he would follow an academic path and enroll at a university. However, that never happened – Anson chose to pursue a career as an actor instead of furthering his education.

Career as an Actor

Anson made his TV debut in 1971, portraying Steve Baggot in an episode of the legal drama series “Owen Marshall Counselor at Law”, and in the following three years, appeared in several shows, including “The Paul Lynde Show”, “Bridget Loves Bernie”, “Marcus Welby, M.D.”

In 1974, he portrayed Brian Morris in the TV film “Lisa Bright and Dark”, and appeared in a McDonald’s commercial with John Amos. During the same year, Anson was cast as Potsie Weber one of the main characters in “Happy Days”, the sitcom which was initially entitled “Love, American Style”.

Set in Milwaukee, the show follows the teenager Richie Cunningham and his family as they navigate through everyday activities. Sharing the stage with Ron Howard, Marion Ross, and Tom Bosley, Anson appeared in 255 episodes during the show’s 11-season run, concluding in 1984.

Initially, the show had a rough start, opening to average reviews, however, the luck changed after the second season aired, introducing a new format that emphasized broad comedy, and focused on the role of a previously minor character, Arthur “Fonzie” Fonzarelli, played by Henry Winkler. Soon after, the show’s ratings skyrocketed, while “Fonzie” became a major star, bringing attention and popularity to the rest of the cast. Emerging as one of the most successful series in the ‘70s, “Happy Days” became the second longest-running series of all time. It also spawned several spin-offs, such as “Lavern & Shirley” and “Mork & Mindy”.

While filming “Happy Days”, Anson made several one-episode appearances in other TV series, including “The Love Boat”, “The Hanna-Barbera Happy Hour”, and “Fantasy Island”. In 1984 he starred as Nick Bellows in the made-for-TV film “I Married a Centerfold”, and began considering dipping his toes in other avenues of the entertainment industry.

In 1992, he made his return in the TV “Happy Days Reunion Special”. Focusing on his career as a director, he appeared in few, varied shows during the rest of his acting career. In 1995 he had a minor role in the children’s TV series “Fudge”, followed by his appearance in the sitcom “Boy Meets Girl”. He kicked off the new millennium, portraying Councilman McKenna in the popular series “Baywatch”.

In 2004 he appeared again as Potsie Weber, in “Sabrina The Teenage Witch”, and in 2005, he shared the screen once again with his fellow cast members in the “Happy Days: 30th Anniversary”. His last acting credit was in 2016 – Anson played Clayton in an episode of the series “The Odd Couple”.

Career as a Director

He launched his career as a director in 1985, working on the “ABC Afterschool Special”. Over the next decade, he directed several episodes for various shows and TV movies, including “Hooperman”, “Just the Ten of Us”, and “Little White Lies”. Anson continued building his career with numerous other projects, such as “Fudge”, “Xena: Warrior Princess”, and “Hercules the Legendary Journeys”. His most notable directing endeavors in the late ‘90s include the mega-popular soap opera “Melrose Place”, the teen drama series “Beverly Hills, 90210”, and the sitcom “Sabrina The Teenage Witch”. In the first decade of the new millennium, he served as a director for “Baywatch”, “Charmed” and “Lizzy McGuire” among others, and from 2008 to 2013 he directed 31 episodes of the teen drama series “The Secret Life of an American Teenager”.

A versatile individual, Anson dipped his toes in entrepreneurship, opening a chain of restaurants, “Big Al’s”, together with his co-star from “Happy Days” Al Molinaro, but it failed.

After going through an extremely challenging time, priorities were made crystal clear. One of them is to take control of…

He then collaborated with the celebrity make-up artist JoAnna Connel, and launched a skin-care and make-up brand entitled “Starmarker Cosmetics”.

In 2014 he published the memoir “Singing to a Bulldog: From “Happy Days” to Hollywood director and the Unlikely Mentor Who Got Me There”, in which he offers an inside scoop of his career and interesting moments.

Anson also became a spokesperson and shared his views and opinion at the US Patent and Trademark Office’s National Trademark Expo, held in April 2018.

In 2017, he was diagnosed with Stage 2 colon cancer and soon after underwent two successful surgical procedures; his recovery lasted three months, after which he received a clean bill of health from his doctor.

On a positive note, this struggle with the sickness had an effect on his attitude and perspective in life, saying in the interview with “Closely”: ‘I needed to reprioritize my life. It became beneficial for me in that I became so much stronger about what I believe in. I learned to have a deeper appreciation for my family I always knew I loved them, and they were important, but now it’s at a whole new level.’

While not much information is available about Anson’s dating history, it’s known that he has walked down the aisle twice. He met his future first wife, Lorrie Mahaffey, on the set of “Happy Days”- she portrayed the character named Jennifer Jerome, who starred in the last two seasons.

Upon meeting, they immediately hit it off and began dating; they tied the knot on 19 November 1978 and welcomed one child whose name they never disclosed to the public.

Anson and Lorrie divorced in 1986, allegedly due to Anson’s infidelity as he had an affair with Jackie Gerken, and with whom after his divorce he began a relationship, which only contributed to the rumors. Jackie and Anson married in 1988 and welcomed five daughters, Stella, Jessa, Gabriella, Olivia and Hannah.

In September 2019, the public was shocked to find out that Anson had filed a divorce after 20 years of marriage, due to irreconcilable differences. However, he didn’t go through with it, as they gave it another try, however, it seemed that they were unable to resolve their problems, and in June 2020, Anson again filed for a divorce. Talking to a media outlet, he disclosed: ‘Despite best efforts to work things out or make allowances, and as difficult as it is, sometimes you have to do what’s best for everyone.’ Then a month later, he had a change of heart and asked for dismissal again – it remains a mystery as to what led Anson to file for divorce twice.

In 2011, Anson alongside his co-stars from the show, sued the CBC for breach of contract, claiming that the TV broadcasting company and the owner of the show had not paid them the money acquired from merchandising revenues.

By their contract, the cast was supposed to get five percent from the proceeds of selling merchandise, if their images were used and 50 percent if their group images were used. However, CBS disagreed and claimed that they did not owe them anything; after they filed a lawsuit, CBS admitted that they owed them approximately $9,000 each. The judge determined that the cast would not receive the millions they expected, and CBS asked for the case to be dismissed. However, the judge denied it, and ordered CBS to pay them $65,000 each and legally obliged the company to resume paying the proceeds from additional merchandise proceeds.

When he was younger, he was a huge fan of comic books and superheroes. In his free time, he likes to play billiard and golf as he has a competitive persona.

For most of his adult life, he loved drinking beer, but had to stop due to health issues.

From a young age, he’s been an avid animal lover – when he was a kid, Anson had a dog, and now he has two.

Anson also developed an interest in flying, as he loves flying in private yet, and at one point he wanted to get a license to fly his own plane, but that never happened.

As of 2022, his estimated net worth is around $1.8 million, which he’s earned through his career as an actor, director, and entrepreneur.

It appears that he isn’t a fan of social platforms. Allegedly, he had a Twitter account, but which he’s deleted.