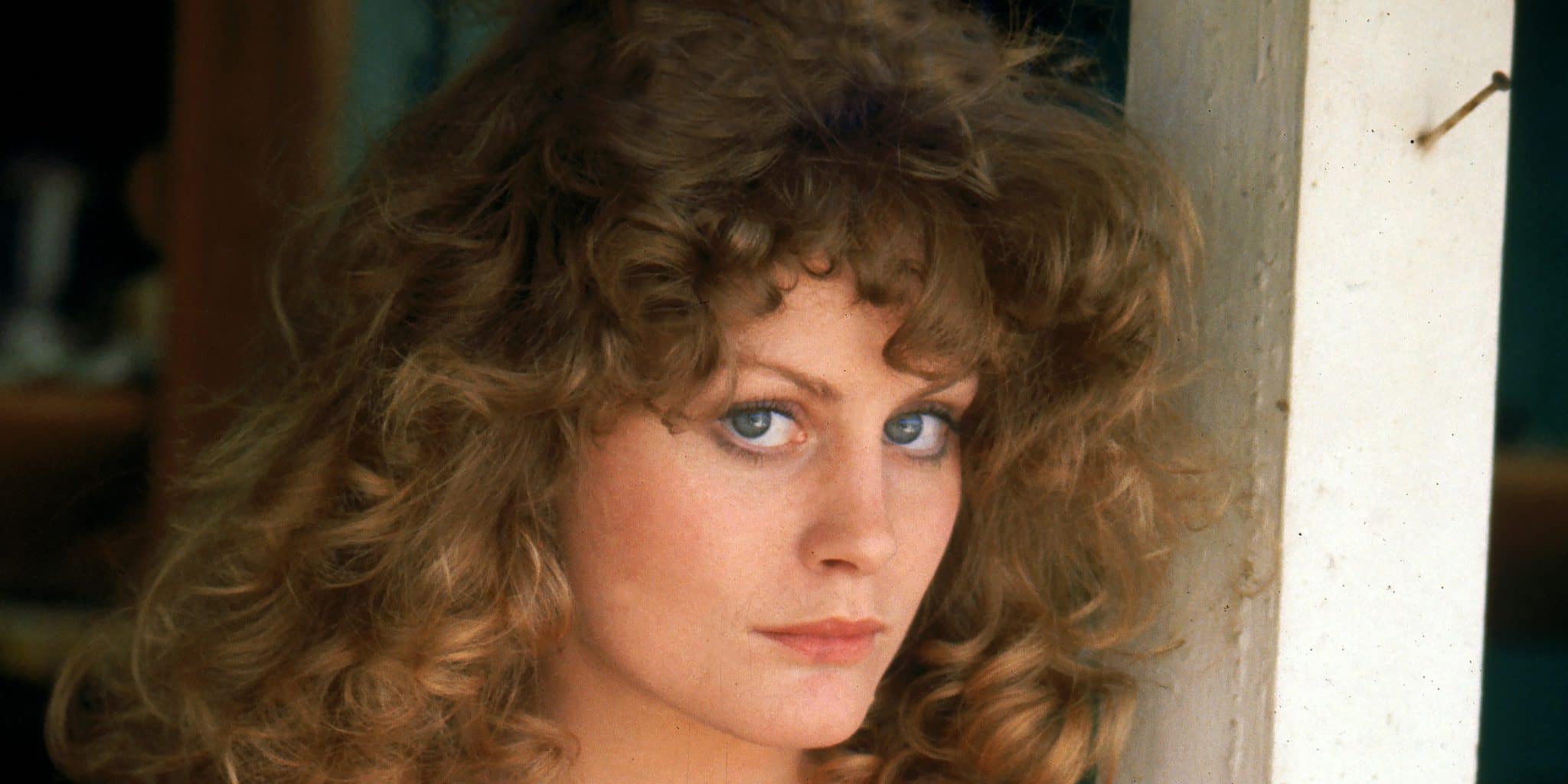 Where is Beverly D’Angelo now? What is she doing today? Wiki

Who is Beverly D’Angelo?

Beverly Heather D’Angelo was born in Columbus, Ohio USA, on 15 November 1951 – her zodiac sign is Scorpio, and she holds American nationality. She’s an actress, film producer and a singer, who has appeared in more than 100 movies and TV series, while she’s perhaps still known best for her portrayal of Ellen Griswold, one of the main characters in the 1983 adventure comedy movie “National Lampoon’s Vacation”. It was directed by Harold Ramis, also starred Chevy Chase and Imogene Coca, and follows the Griswold family who are travelling across their country to reach the theme park Walley World.

Beverly was raised in Columbus alongside her brothers Tony, Tim and Jeff, by their father Eugene Constantino ‘Gene’ D’Angelo, who was a TV station manager and a bass player, and their mother Priscilla Ruth (nee Smith) who was a violinist.

Beverly studied at Upper Arlington High School, and was interested in various activities during her four years there, as she played several sports including tennis and volleyball, and was also into singing and acting with the school’s drama club. Upon matriculating in 1969, she started working at Hanna-Barbera Studios as an illustrator, and then spent some time living in Canada, where she was a back-up singer for the rock band The Hawks, later renamed to The Band.

Beverly also studied visual arts at a college for two years, one of which was in Italy as an exchange student.

Beverly made her debut TV series appearance in 1976, when cast to play Miss Emmy in the hit mini-series “Captains and the Kings”, which won six awards, including two Primetime Emmys, while it was nominated for eight other awards.

Her following role in a series was in 1983, when cast to play Henbane in the episode “Sleeping Beauty” of the hit family adventure comedy “Faerie Tale Theatre”, which starred Shelley Duvall, John Achorn and Patrick DeSantis, and is a set of adaptations of classic fairytales; the series won 12 of the 40 awards for which it was nominated. Two of Beverly’s following roles were in the 1985 episode “The Legend of Sleepy Hollow” of the family comedy drama “Tall Tales & Legends”, and two episodes of the thriller mini-series “Doubletake” also in 1985.

The ’90s saw Beverly make a guest appearance in an episode of several critically acclaimed series, such as the fantasy crime comedy “Tales from the Crypt”, the drama “The General Motors Playwrights Theater”, and the drama “Great Performances”.

In 1999, she was cast to play the supporting character Sidney ‘Syd’ Gibson in the comedy “Rude Awakening”, created by Claudia Lonow, and which starred Sherilyn Fenn, Jonathan Penner and Lynn Redgrave. It follows a former actress who’s now a struggling alcoholic, and has fallen in love with her neighbor, who’s also an alcoholic; the series was nominated for three awards, including a Primetime Emmy.

Between 2005 and 2011, she played the supporting character Barbara Miller, in the critically acclaimed comedy drama “Entourage”, created by Doug Ellin, and which starred Kevin Connolly, Adrian Grenier and Kevin Dillon.

It follows the life of the film star Vince Chase, and the series won 20 awards, including six Primetime Emmys, while it was nominated for 106 other awards.

Three of Beverly’s most recent roles in TV series have been in six episodes of the action drama “Shooter” in 2018, and in 2019 the episode “Filthy Day Jobs” of the comedy “The Filth”, and five episodes of the thriller comedy drama “Insatiable”.

Beverly made her debut film appearance in the 1977 horror “The Sentinel”, and by the end of the ‘70s, she appeared in the 1977 romantic comedy “Annie Hall”, the 1978 action comedy “Every Which Way but Loose” and the 1979 musical comedy drama “Hair”.

In 1987, Beverly was cast to play Gilda in the musical comedy drama “Aria”, directed by Robert Altman and Bruce Beresford, and which starred John Hurt, Theresa Russell and Stephanie Lane.

The movie is a collection of 10 short films made by different directors, and was nominated for a single award. In 1990, she appeared in the popular thriller “Pacific Heights”, while some of Beverly’s most notable performances in the ‘90s were in the 1994 western comedy “Lightning Jack”, the 1996 crime thriller drama “Eye for an Eye” and the 1997 comedy “Vegas Vacation”.

In 1998, she played Doris, one of the lead characters in the evergreen drama “American History X”, which ranks amongst the top 50 movies of all time. It was directed by Tony Kaye, also starred Edward Norton and Edward Furlong, and follows a former neo-nazi skinhead who has realized his mistakes, and is trying to save his younger brother from following in his footsteps; the movie won four of the 20 awards for which it was nominated, including an Oscar nomination.

In 2006, Beverly was cast to play Gordon’s Mom in the comedy “Gamers”, written and directed by Christopher Folino, and which starred Kevin Sherwood, Kevin Kirkpatrick and Scott Rinker. It follows four friends who are still living with their parents, and are addicted to the role-playing game “Demons, Nymphs and “Dragons”. She had appeared in many other movies by the end of the 2000s, such as the 2007 romantic comedy “Imperfect Union”, the 2008 adventure comedy “Harold & Kumar Escape from Guantanamo Bay” and the 2009 family drama “Aussie & Ted’s Great Adventure”.

In 2013, Beverly played the supporting character Lucille, in the action science fiction comedy “Bounty Killer”, directed by Henry Saine, and which starred Matthew Marsden, Kristanna Loken and Christian Pitre. It follows several bounty killers who are competing amongst themselves.

Three of her most recent film roles have been in the 2020 short comedies “The Pack Podcast” and “Electri-vacation”, and the 2021 comedy drama “The Good House”; she’s currently shooting for the upcoming movies “Capps Crossing: Wrong Side of Dead”, “Masha’s Mushroom” and “Afterward”.

She has three producing credits: the 1997 comedy film “Pterodactyl Woman from Beverly Hills”, six episodes of the documentary series “Nova” in 2005, and the 2016 historical documentary film “City 40”.

Beverly has received four special thanks, including for the 2010 drama movie “Shit Year” and the 2019 comedy film “The Last Laugh”.

She has made a guest appearance in an episode of various talk shows, most recently in “Inside of You with Michael Rosenbaum”, “Entertainment Tonight” and “Sundays with Sid”.

She was also nominated for a 1981 Stinkers Bad Movie Award for Most Annoying Fake Accent: Female (“Honky Tonk Freeway”), a 1998 Kids’ Choice Award for Favorite Movie Actress (“Vegas Vacation”) and a 1999 Golden Satellite Award for Best Actress in a Supporting Role in a Motion Picture, Drama (“American History X”).

Beverly married Don Lorenzo Salviati on 8 September 1981; he’s an Italian Duke, who’s probably only known for being the son of the 5th Duke Salviati – Don Forese.

The two separated by the end of the ‘80s, but their divorce wasn’t finalized until 5 November 1995.

Beverly was then in a relationship with Anton Furst, the late British production designer who won a 1990 Oscar for Best Art Direction-Set Decoration, for the movie “Batman”; Anton committed suicide on 24 November 1991.

In 1997, Beverly started a relationship with the famous American actor and moviemaker Alfredo James ‘Al’ Pacino, and on 25 January 2001 gave birth to their twins Olivia Rose and Anton James, who were conceived through in vitro fertilization (IVF); however, Beverly and Al Pacino broke up in 2003.

She hasn’t spoken of any other men whom she has perhaps been with, so as of November 2021, Beverly seems to be single, was once married to Don Lorenzo Salviati, and has twins with her former boyfriend Al Pacino.

Beverly was a fashionista in her 20s and 30s, as she enjoyed keeping up with the fashion trends, and so was a shopaholic, as she loved shopping for clothes at least once a week.

She rarely travels nowadays, but was once an avid traveler; Beverly’s acting career has taken her to nearly all the US states, as well as to various Asian and European countries. Her dream travel destination is Paris in France.

She has her own favorite actors and actresses, some of whom are Al Pacino, Clint Eastwood and Meryl Streep, while a couple of her favorite movies are the trilogy “The Godfather”, “Scent of a Woman” and “The Bridges of Madison County”.

As of November 2021, Beverly’s net worth has been estimated at over $20 million.