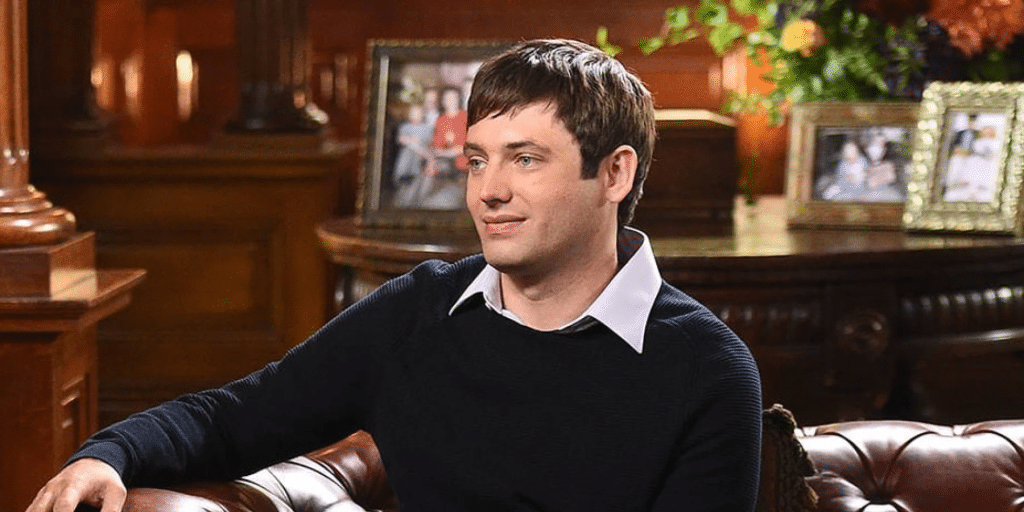 Where is Burke Ramsey now? Wife, Net Worth, Siblings, Wiki

Who is Burke Ramsey?

Burke was born under the zodiac sign of Aquarius on 27 January 1987, in Boulder, Colorado USA; he is only known as the older brother of the late JonBenet Ramsey, who was a child beauty queen, killed at the age of six, in her family home, on 26 December 1996.

Burke was nine years old when his sister was murdered; they lived with their parents John and Patsy Ramsey. John was a businessman, and the president of the computer software company Access Graphics, while Patsy was a former beauty pageant queen; she was diagnosed with ovarian cancer, and died in 2006 at the age of 49.

The family moved from their home in Boulder to Atlanta, Georgia, where Burke attended a local high school, and upon matriculating in 2005, he enrolled at Purdue University from which he graduated with a Bachelor’s degree in Computer Science, in 2009; he’s now working as a software engineer.

Who was JonBenet Ramsey?

She had long blonde hair, piercing blue eyes, and a beautiful smile, so when the news about her murder floated around the country, people couldn’t believe that someone was able to hurt this little angel.

The parents put their kids to their beds and went to sleep, but in the early morning of 26 December 1996, her mother woke up and went to the kitchen, and then noticed a long handwritten ransom note on the kitchen stairs in their home in Boulder; she read the note, and immediately called her husband and police to report missing of their daughter.

The police arrived within three minutes and started searching Ramsey’s family home but didn’t find any signs of forced entry. In the house that night were just JonBenet’s parents and her older brother, Burke, who according to his mother’s statement, was sleeping in his room at that time.

One of the police officers, Rick French, went down to the basement where he saw a door secured by a wooden latch, however, he didn’t open that door, saying that he was looking for an exit route that might have been used by kidnapper or kidnappers.

John Ramsey made arrangements to pay the ransom, and Boulder detective Linda Arndt was there to receive further instructions, however, there was never any attempt by anyone to claim the money, the amount of which was strange to the detective, because the kidnapper(s) asked for $118,000 which was the exact amount of John Ramsey’s Christmas bonus.

Detective Arndt asked John and one of his family friends to search the house to see if anything was missing, and they started their search in the basement. When John opened the door which Officer French had overlooked, he found his daughter’s dead body covered with a white blanket. Her mouth was covered with duct tape, and a nylon cord was around her neck and wrists, she had a fractured skull, and the autopsy report stated that the cause of her death was ‘asphyxia by strangulation associated with craniocerebral trauma.’

Since John moved JonBenet’s body and took her in his arms upstairs, the crime scene was contaminated, and forensics couldn’t find enough shreds of evidence to try to solve this murder case.

Sexual assault couldn’t be ruled out, since evidently there had been a vaginal injury and the pathologist recorded that it seems that her vaginal area was wiped with a cloth so they didn’t find any semen.

In her stomach was found a piece of fruit, which may represent pineapple, and there was a bowl of pineapple on the kitchen table, which had Burke’s fingerprints on it. There was a theory about a possible fight between siblings, and that in one moment, Burke might have pushed JonBenet and that is how her skull was broken. To hide a murder, one of the parents strangled the girl, and it was suspected that Patsy wrote the ransom note. However, in 1998, Mark Beckner, the Police Chief, stated that Burke Ramsey was not involved in the death of his younger sister.

The other theory was that her mother, Patsy, got angry after JonBenet wet her bed again in the middle of the night and that she threw her on a bathroom surface which resulted in her fracturing the skull. Apparently, Patsy then took her to the basement and staged a sex crime but since she realized that she wasn’t dead, she strangled her, and then run upstairs and wrote the ransom note. The weapon with which JonBenet was strangled was made of the broken paintbrush from Patsy’s art case, and the ransom note was written on paper from her scrapbook.

The murder of JonBenet is still unsolved, and after many theories and suspicions, from accusing her family to the intruder theory – some people from their neighborhood, such as Bill McReynolds, who played Santa Claus at their Christmas party, their former housekeeper Linda Hoffman-Pugh, and a man who committed suicide shortly after JonBenet’s body was found.

However, after 20 years of silence, Burke decided to stand in front of the public and tell his side of the story. He was a guest on the “Dr. Phil” show, and for the first time spoke about his life after his sister’s death. Burke said that he just wanted to have a normal life, but reporters and paparazzi were following him and his parents where ever they would go.

Once he and his mother ran into a local supermarket in an attempt to hide from reporters, and he saw the cover of the newspapers saying: ‘The brother done it!’ Burke started crying, and realized that he could never have a normal life until the murder of his sister was solved.

The one thing that was strange for viewers, was that all through the interview, Burke had a smile on his face, and people were angry, saying how could he talk about such a tragedy and still be smiling. Dr. Phil talked about him after the interview, saying that that was a smile of a nervous and shy person, not a happy smile.

Burke prefers to keep his private life away from the media’s attention, and he hasn’t disclosed any information regarding his love life and sexual orientation, however, some rumors were saying that he’s living with a mysterious girlfriend, whose picture he shared on his Instagram account, which is private.

As of February 2022, it’s assumed that Burke is in a relationship, but hasn’t been married or engaged, and doesn’t have children.

Age and net worth

Burke is 35 years old, and since his father remarried after Patsy died, people were asking who inherited the house in which JonBenet was murdered. Some rumors were saying that the family tried to sell the house but no one wanted to buy it, however, in 2004, Carol Schuller Milner (daughter of televangelist Robert Schuller) and her husband bought it.

In 2017, Burke sued Columbia Broadcasting System (CBS) over the network’s documentary series “The Case Of: JonBenet’s Murder” in which was presented a theory that then nine-year-old Burke accidentally killed his sister, and then his parents faked a crime scene to protect him.

Burke filed a $750 million defamation lawsuit, and his lawyer stated: ‘Defendants’ accusation that Burke Ramsey killed his sister was based on a compilation of lies, half-truths, manufactured information, and the intentional omission and avoidance of truthful information about the murder of JonBenét Ramsey.’

In 2019, the spokesperson for CBS stated: ‘The parties have reached an amicable resolution of their differences, and will have no further comment.’ The terms of the settlement weren’t disclosed, so the exact net worth of Burke Ramsey might be much bigger than we know.