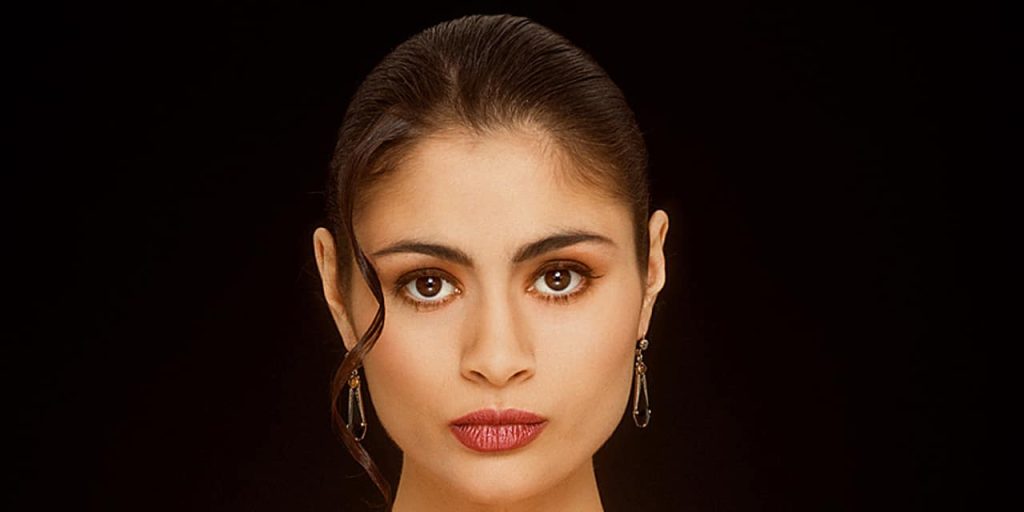 Who is Charlotte Lewis?

Charlotte was brought up by her mother in London, and never met her father, an Iraqi-Chilean physician. Inspired by Brooke Shields after watching “Blue Lagoon”, she studied at Bishop Douglass Catholic Secondary School in Finchley, and quickly discovered her love for acting, thus laying the foundations to a long and colorful career; nevertheless, it was anything but smooth sailing for the adolescent on her path to stardom.

At the young age of 14, Charlotte began playing truant, and went down a dark path of marijuana and LSD usage, after allegedly being drugged by her friend, a 22-year-old madame, and pimped out to perverted men in London’s West End. In an old interview, the actress admitted: “I don’t know how many men might have had sex with me for money. I was in a permanent haze. I was 14 and looking for excitement, yet I was so naïve”. Things came to a head when a young Charlotte and her friend went to a Thames-side apartment following a night out clubbing. After being offered thousands of pounds from a group of Saudi Arabian men in exchange for accompanying them on their travels, the then-teenager fled the scene and confessed everything to her mother, who fortunately was supportive.

Charlotte had made her on-screen debut at just 11 years old, in an episode of BBC’s “Grange Hill”, the long-running series set in a rundown comprehensive school, which would go on to win four BAFTA Awards. Eight years later, she was cast as María-Dolores de la Jenya de la Calde in “Pirates”, an adventure comedy production directed and co-written by the famous Roman Polanski. The movie was nominated for an Oscar in the Best Costume Design category, but was a commercial flop, grossing $6.5 million worldwide against a $40 million budget. However, that particular lowlight in Charlotte’s career was eclipsed in the same year, by her stellar performance in “The Golden Child”, starring Eddie Murphy, J.L Reate and Charles Dance.

The movie, written by Dennis Feldman and directed by Michael Ritchie, consisted of a detective specializing in missing child cases, searching for a special child who has been kidnapped. With that said, the movie’s commercial success didn’t immediately translate into more work for Charlotte, as it would be two years before fans saw her again, this time in an episode of the cop series “Crime Story”, and as the leading lady in “Dial-Help”, a grisly horror movie about a psychic whose friends begin dying in mysterious circumstances.

Eight years would pass from the release of “The Golden Child” until “Men of War” premiered, Charlotte’s next profitable project; between 1986 and 1994 she’d appeared in several movies, but failed to make a mark, however, things began looking up for the actress once again with the release of Perry Lang’s action-drama thriller.

In a rare recurring role, Charlotte also played the bubbly Priscilla Mathers in six episodes of “Broken Badges”, an early 1990s mini-series set in California, and featuring a spate of lesser-known names in the acting industry. From 1994 onwards, the actress kept hard at work for almost a decade, with roles in “Navajo Blues”, “The Glass Cage”, and “Every Dog Has Its Day” to name a few. In the early 2000s, her mysterious disappearance from Hollywood sparked blackballing rumors, with others speculating that her career had fizzled out after running its natural course. After almost two decades, Charlotte made her comeback with a bang in 2019, playing Angie Malone in the hugely successful “Lost Angelas”.

Charlotte shocked the world in May 2010 after claiming to have been sexually abused by Roman Polanski at the age of 16. At the time, Roman was under house arrest in Sweden and awaiting extradition to the US after being charged with the rape of a 13-year-old girl in a 1977 incident, and Charlotte’s damning allegations led to a media frenzy and online furor, with dozens of outlets covering the sensational news.

The actress claimed that the incident took place in 1983, while auditioning for a role. However, the plot thickened after a 1999 interview was dug up, in which Charlotte claimed to have seduced Roman at the age of 17. Other lovers listed in the explosive tell-all included Charlie Sheen, Warren Beatty, Mick Jagger, and even Dodi Fayed. Damning quotes from the article began circulating on the internet, such as: “He [Roman] had already cast me in his film Pirates, so it wasn’t like it was a casting-couch thing where you HAVE to sleep with someone to get the part.

I wanted him probably more than he wanted me”, leading to Charlotte receiving a barrage of abuse, and her claims being rubbished by the public.Ignoring the smear campaign, in September 2020 Charlotte gave a 52-minute-long interview to a YouTube channel, in which she told her side of the story, and doubled down on her statements – one could ask ‘which ones?’ Two months earlier, she sued Roman for defamation after he branded her a liar, and the lawsuit between both parties is currently ongoing.

As far as we know, Charlotte had a son in 2004, but there are no other details available regarding her personal life as of 2022.

Surprisingly, Charlotte’s net worth is estimated at around $250,000. This low figure is due to the 15-year hiatus she took from the entertainment industry while raising her son. There is no information online about what Charlotte is currently doing to make a living, and the actress hasn’t confirmed any new recent projects either.