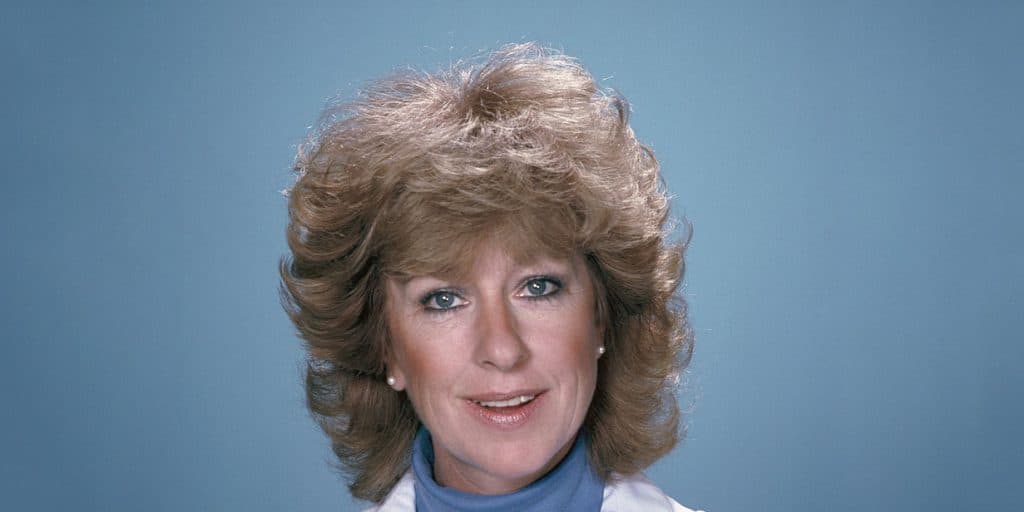 Where is Christina Pickles today? What is she doing now? Wiki

Who is Christina Pickles?

Christina Pickles is a British-American Primetime Emmy Award-winning actress, perhaps still best known to the world as Nurse Helen Rosenthal in the TV series “St. Elsewhere” (1982-1988), and also remembered as Judy Geller in the TV series “Judy Geller” (1994-2003), among many other roles that she has secured in her career.

Where is Christina Pickles Today?

Christina Pickles is now in her mid- ‘80s, but the old age hasn’t stopped her from pursuing new roles. Most recently, she voiced The Lighthouse Keeper in the animated series “Tuca & Bertie” (2021), and appeared in the “Friends: The Reunion” special, also in 2021.

Christina Pickles was born on 17 February 1935 under the Aquarius zodiac sign, in Halifax, West Riding of Yorkshire, England. She is the daughter of Arthur Pickles, who was the Mayor of Halifax, and Gladys Pickles. Christina has an older half-sister, Vivian Pickles, from her father’s previous relationship, and has three sisters and a brother, James Pickles, who is now a judge.

At the age of 15, she joined the Royal Academy of Dramatic Art (RADA) in London, in the class of such future stars as Albert Finney, Brian Bedford and Peter O’Toole, among others.

Following her graduation from the RADA, in the late ‘50s Christina moved to New York City, and shared an apartment with her friend from the class, Donald Moffat, and his wife.

After these initial roles, she was selected for the lead role in the play “The Way of the World”, though she auditioned for a minor role. She made her Broadway debut in the play “Severed Head” in 1964, followed by a number of other Broadway appearances, including those in “You Can’t Take It with You”, “The Misanthrope”, “Hamlet”, and “Inadmissible Evidence”, among many other appearances.

Christina’s on-screen career began with the role of Linell Conway in the soap opera “Guiding Light” in 1971, appearing in five episodes of the acclaimed series; she reprised the role in the mid- 2000s for three more episodes.

In 1974, Christina appeared in the horror film “Seizure” directed by Oliver Stone, and written by Stone and Edward Mann.

In 1977, she was selected for the part of Countess Elena de Poulignac in the soap opera “Another World”, showcasing her acting skills in 52 episodes until 1979. A year before her stint on the soap opera ended, she was Eve in the comedy film “Rush It”, starring Judith Kahan, Tom Berenger and John Heard.

The ‘80s brought popularity for Christina.

She started the decade with a minor role in the TV series “The White Shadow” in 1981, however, it was in 1982 that she was selected for the role of her career. She moved from New York to Los Angeles, which turned out to be the best move in her entire career, as she was soon cast as Nurse Helen Rosenthal in the NBC medical drama “St. Elsewhere”. Christina starred in the series during its entire six-year run, earning five Primetime Emmy Award nominations, all in the category for Outstanding Supporting Actress in a Drama Series. Before the decade ended, Christine portrayed Sorceress of Castle Grayskull in the fantasy action film “Masters of the Universe” (1987), appeared in the television movie “The Hijacking of the Achille Lauro” (1989), and portrayed Cissy MacIntyre in the TV series “The People Next Door”, also in 1989.

She started the ‘90s with guest roles in such TV series as “Mancuso, FBI” (1990), “Veronica Clare” (1991), and “Matlock” (1992). In 1994, she was Tippy in the television movie “Revenge of the Nerds IV: Nerds in Love”, and the same year was chosen for the part of Judy Geller in the eponymous sitcom “Friends”, appearing in 19 episodes of the award-winning series until 2003, which in large part contributed to her popularity thanks to the enormous success of the series. In 1996, Christina appeared in the Academy Award-nominated romantic drama film “Romeo + Juliet”, with Leonardo DiCaprio and Claire Danes portraying the main characters, while in 1997 she appeared in the Primetime Emmy Award-nominated television comedy crime-drama movie “Weapons of Mass Distraction”, with Gabriel Byrne, Ben Kingsley and Mimi Rogers as the main stars.

Her next prominent role was in the award-winning drama film “Valeria Flake” in 1999, and the same year, Christina joined the main cast of the TV romantic-comedy series “Get Real”.

The 2000s and Career Decline

With the start of the 2000s, Christina became focused on other endeavors, though kept her career alive. She was Angela Porter in the film “Angels Don’t Sleep Here” in 2002, and in 2003 portrayed Professor Abbott in the comedy film “Legally Blonde”. However, in 2015 at 80 years old, she accepted the role of Biz Brantly in the web series “Break a Hip”, and won her only Primetime Emmy Award out of seven nominations in total, including one for her work on the TV series “Friends”.

Christina was married to American award-winning director Victor Lobi from 1962 until 1985 and has two children with him, a daughter Rebecca and a daughter Oliver. She was rumored to have started a romance with actor Herb Edelman, who sadly passed away at the age of 62 from emphysema.

Since 2005, she has been married to Australian-American journalist Ian Masters.

As of late 2021, Christina Pickles’s net worth has been estimated to be around $12 million, earned through her successful acting career, appearing in over 90 film and TV titles as well as several stage productions.

The prominent actress now has grey hair which in the past was light brown, and has blue eyes. She stands at a height of 5ft 5ins (1.65m), while she weighs approximately 120lbs (55kgs). Her vital statistics are 36-27-43 and her bra size is 36DD.

Christina is an avid book reader, and especially enjoys psychological books, but also loves losing time over some romantic comedy books, including “The Girl Who Saved the King of Sweden”, written by Jonas Jonasson.

She has rid herself of the busy schedule as an actress, and is now enjoying free time in her garden drinking wine, eating grapes, and looking over her flowers.