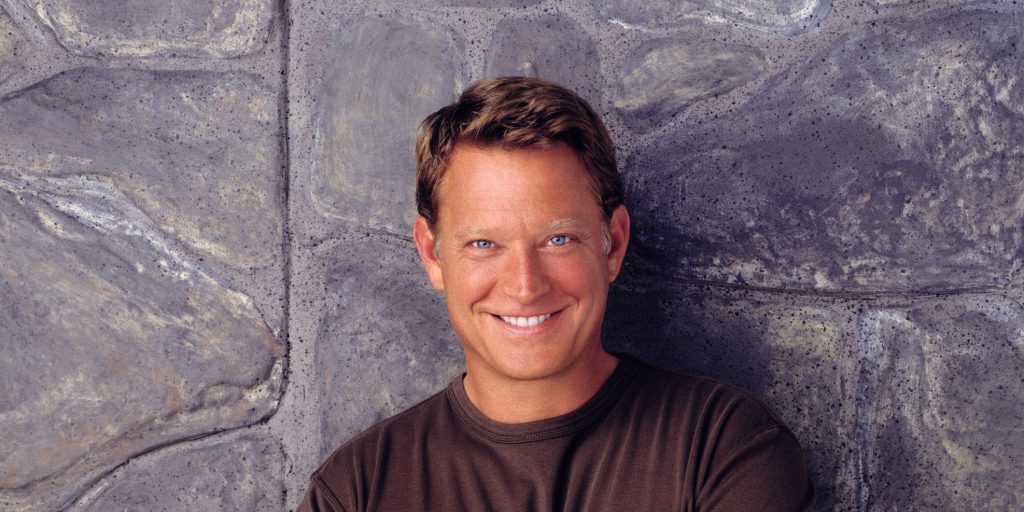 Where is Christopher Rich now? Net Worth, Wife, Height, Health

Who is Christopher Rich?

Cristopher Rich Wilson was born in Dallas, Texas USA, on 16 September 1953 – his zodiac sign is Virgo, and he holds American nationality. He’s an actor, film producer and director, who has appeared in close to 70 movies and TV series, while he’s probably still known best for his portrayal of Brock Hart, in the comedy series “Reba”. It was created by Allison M. Gibson, starred Reba McEntire, JoAnna Garcia Swisher and Steve Howey, and follows Reba who’s raising her three children all by herself in Houston, Texas; the series aired from 2001 to 2007, and won three of the 19 awards for which it was nominated, including two Primetime Emmy nominations.

A post shared by One love one race (@one_love_one_race)

Christopher was raised in Dallas by his parents, about whom nothing’s known as he respects their privacy; it’s believed that his father was a used-car salesman, and that his mother was an accountant. Because he hasn’t mentioned having any siblings, most of his fans believe him to be an only child.

Christopher attended a local high school in Dallas, and during that time wasn’t interested in acting, but rather in sports, playing both football and basketball for his school’s teams. Upon matriculating in 1971, he enrolled at the University of Texas, graduating with a Bachelor’s degree in 1975; it was during his four years there that he started performing in plays at the university.

He continued his education at Cornell University, graduating with a Master’s degree in theatre arts in 1977, then Cristopher worked several jobs for the following four years, prior to launching his career in the film industry.

Christopher made his debut film appearance in the 1981 comedy “The First Time”, while a couple of his following roles were in the 1985 comedy “The Recovery Room”, the 1986 comedy “She’s With Me”, and the 1989 comedy drama “Prisoners of Inertia”.

He gained recognition with his portrayal of Lieutenant J. G. Morgan McPherson in the 1991 action thriller drama “Flight of the Intruder”, directed by John Milius, and which starred Danny Glover, Willem Dafoe and Brad Johnson. Set during the war in Vietnam, the film follows a bomber pilot who’s persuading a war veteran to attack Hanoi without their superiors knowing. Some of Christopher’s other notable performances in the ‘90s were in the 1993 drama “The Joy Luck Club”, the 1997 drama “Critics and Other Freaks”, and the 1998 fantasy horror comedy “Ghosts of Fear Street”.

Christopher was mostly focused on appearing in TV series in the 2000s, and had roles in only two movies: the 2000 drama “Going Home” and the 2003 comedy drama “Sunset Stripper Murders”.

In 2011, he was cast to play the main character Gary in the comedy “My Freakin’ Family”, directed by Tristram Shapeero, and which also starred Cybill Shepherd and Melissa Tang. It follows the young married couple Raj and Anna as they’re raising their baby boy Clark.

Three of Christopher’s most recent film roles have been in the 2017 sports thriller “Anabolic Life”, the 2018 family drama “The Christmas Trap” and the 2021 drama “Spiked”; he’s currently shooting for the upcoming drama “Land of the Free”, set to be released in the first half of 2022.

Christopher made his debut TV series appearance with his portrayal of Sandy Cory, one of the main characters in the popular romantic drama “Another World”. It was created by William J. Bell and Irna Phillips, also starred Victoria Wyndham and Constance Ford, and follows the people who are living in Bay City; the series aired from 1964 to 1999 (Christopher was a member of the cast from 1981 to 1985), and won 43 of the 210 awards for which it was nominated, including a Primetime Emmy nomination.

The remainder of the ‘80s saw him appear in an episode or two of a couple of series, such as the comedy “Sweet Surrender”, the comedy “Smart Guys”, and the action crime adventure “Baywatch”.

His most notable performance in the ‘90s was probably his portrayal of Dr. Neil Beck, in the critically acclaimed comedy “The George Carlin Show”. Created by Sam Simon, it starred George Carlin, Alex Rocco and Paige French, and follows the taxi driver George O’Grady who’s living and working in New York State.

Between 2005 and 2008, Christopher played Attorney Melvin Palmer in the hit crime comedy drama “Boston Legal”, created by David E. Kelley, and which starred James Spader, William Shatner and Candice Berge. It follows the attorney Alan Shore who’s working at the legal company Crane, Poole, and Schmidt; the series aired from 2004 to 2008, and won 21 awards, including five Primetime Emmys, while it was nominated for 67 other awards.

Christopher has since appeared in only a couple of TV series; his most recent roles have bene in the 2012 episode “Virtual Love” of the mystery crime drama “Rizzoli & Isles”, the 2014 pilot episode of the comedy “Swallow Your Bliss” and eight episodes of the romantic comedy “Melissa & Joy” between 2010 and 2015.

Christopher has been featured in a couple of documentaries, including the 2004 series “Pet Star”, the 2014 series “Teens Wanna Know”, and the 2014 movie “The Making of Cassidy Way”.

Christopher has three producing and one directing credit. He made his producing debut with the 1991 crime thriller movie “In the Line of Duty: Manhunt in the Dakotas”, while he then produced six episodes of the series “Reba”, which aired between 2003 and 2006. His other two producing credits were the 2014 pilot episode of the series “Swallow Your Bliss”, and the 2018 movie “The Christmas Trap”.

Christopher married his first wife Nancy Frangione in 1982; she’s a former actress with nine credits to her name, and is probably still known best for her portrayal of Cecile de Pulignac, in the romantic series “Another World”. Nancy gave birth to their daughter Mariel Rich, but she and Christopher divorced in 1996.

He married his second wife, the Polish model Eva Halina Rich, on 25 June 2000; she was the finalist in the beauty pageant Miss Poland in 1985, and is also an actress, having appeared in six movies and TV series. On 30 March 2004, Eva gave birth to their twin daughters Lily Hanna and Daisy Grace.

Christopher hasn’t spoken of any other women whom he has perhaps been with, and as of December 2021, he’s married to his second wife Eva Halina Rich, and has twin daughters with her, as well as a daughter with his first wife Nancy Frangione.

Christopher is a professional golfer, and has completed in various golf tournaments, however, it seems that he hasn’t won any.

He’s a huge lover of animals, and his favorites are wolves and coyotes.

Christopher has had several pet dogs and cats, which can be seen featured in some of his Instagram pictures; he’s today followed by close to 15,000 people on the network, and has uploaded nearly 50 pictures.

Winter is his favorite season, as he enjoys spending it high up in the mountains, and going skiing and snowboarding.

He likes to wear costumes, and doesn’t usually skip on an opportunity to attend a Halloween party.

Christopher has his own favorite actors and actresses, some of whom are Tom Hanks, Russell Crowe and Anne Hathaway, while a couple of his favorite movies include “Sleepless in Seattle”, “Gladiator”, and “Les Miserables”.