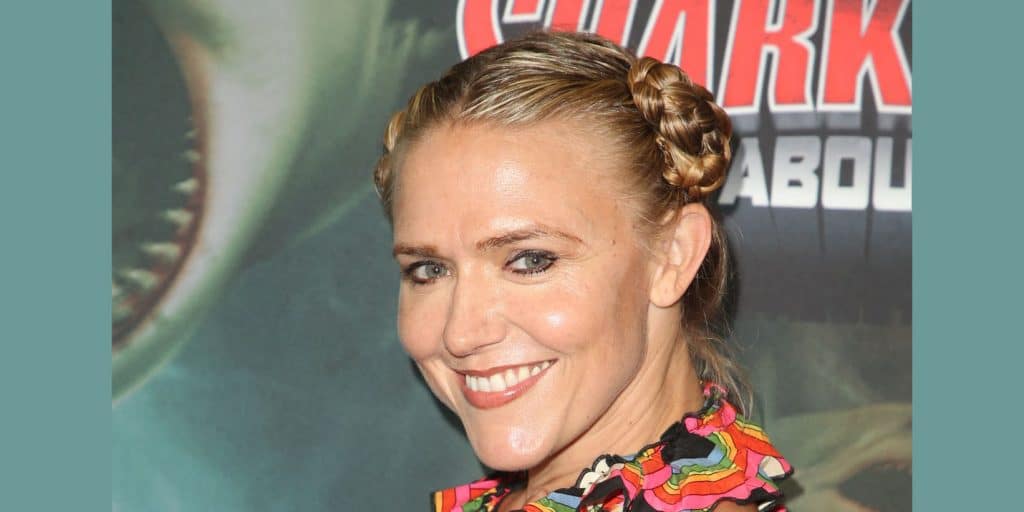 Where is Dominique Swain now? What is she doing today? Wiki

Who is Dominique Swain?

Dominique Ariane Swain is an actress and producer, perhaps best known for her roles as Dolores Lolita in “Lolita” and Jamie Archer in the “Face/Off”. She also made notable appearances in various TV movies such as “The Wrong Cruise”, “The Wrong Roommate”, and “Windows”. Dominique was born under the Zodiac sign Leon on 12 August 1980, in Malibu, California, USA. Dominique is 41 years old and holds American nationality.

Dominique is the middle child of parents Cindy and David Swain, who works as an electrical engineer. Growing up, she excelled at sports and enjoyed listening to music. Regarding her education, she matriculated from Malibu High School.

She has two sisters, Alexis ,and Chelse who followed in her sister’s footsteps and launched a career in entertainment. Even though her career has not been as successful as her older sister’s, Chelse gained popularity portraying Bonnie Lisbon in the psychological movie “The Virgin Suicides”. She’s also appeared in several other TV series and films, such as “Judging Amy”, “The Shield”, and “Georgia Rule”.

Dominique kicked off her career at the age of 12, as a stunt double for Macaulay Culkin’s younger sister Quinn, who portrays Connie in the 1993 movie entitled “The Good Son”.

In 1995 she auditioned for the title role, Dolores “Lolita” in the controversial screen adaptation of Nabakov’s eponymous novel, and was chosen out of 2,500 girls, and so starred alongside Jeremy Irons in the movie, which premiered in 1997.

In addition to earning praise and recognition for delivering such a performance at a young age, Dominique’s portrayal landed three nominations, and the Young Artist Award for Best Performance in a TV Movie / Pilot / Mini-Series: Leading Young Actress. Even though the critics praised the movie, it received mixed reviews and performed poorly at the box office. Furthermore, due to the sensitive subject of the movie, which explores the relationship between a middle-aged man and a teenager, it stirred a lot of controversy in other countries, especially Australia.

During the same year, Domonique portrayed Jamie Archer in the action/thriller “Face/Off”, alongside John Travolta and Nicholas Cage. As well as scooping positive reviews and the nomination for the Academy Award, the action-packed flick was a huge box office success, grossing over $240 million. Dominique’s talent and acting skills were recognized, as she earned the nomination for Saturn Award for Best Performance by a Younger Actress.

Having gained recognition and fame with her first roles, she mainly starred in movies and TV movies with an occasional appearance in TV series, accumulating over 50 credits. In 1998, she landed the main role portraying Andrea Marr in the drama movie “Girl” opposite Sean Patrick Flannery. In 2000 she had several performances, mainly playing leading characters in a variety of movie genres, including “Inter”, “The Smokers”, and “Happy Campers”.

After appearing as Kat Storm in the coming-of-age drama “Tart” in 2001, she tested her acting versatility portraying differing characters in several movies, including the romantic dark comedy “Pumpkin”, crime thriller movie “Dead in the Water”, and psychological drama “New Best Friend”. In 2004 she appeared in the crime drama “Rob” alongside Daryl Hannah, followed by her TV debut in the made-for-TV film “The Madam’s Family: The Truth About the Canal Street Brother”. The following year she appeared in several movies, including “Devour”, Journeyman”, and “The Locrian Mode”.

Following her one-episode appearance in the series “JAG”, she booked the part of Susan Hartunian in the 2007 crime drama film “Alpha Dog”, starring alongside Amanda Seyfried, Justin Timberlake and Bruce Willis. Later that year she had the notable role as Chelsea in the movie “The Pacific and Eddy”, which received two awards at the San Diego and Silver Lake Festival in the category for Best Actress.

In the following period, she landed several lead roles in the movies such as “Dead Mary” and “Fall Down Dead”; she also served as associate producer for the latter movie. Her following notable roles included in “Stilleto”, “Prairie Fever” and “Toxic”.

After portraying Nathalie Post in the 2010 romantic thriller movie “Road to Nowhere”, she was cast as Alissa in the martial arts movie “The Girl from the Naked Eye”, alongside Sasha Gray and Jason Yee. Her next lead role came in 2012 as she portrayed Dr. Paige Morgan in the sci-fi movie “Nazis at the Center of the Earth”.

Following her performance in the drama movie “Blue Dream” in 2013, she starred in numerous films such as “Boudoir”, “6 Ways to Die”, and “No Deposit”. After portraying Honey in the “Sharkansas Women’s Prison Massacre”, she booked the role as Anna Peel in “Skin Traffik”.

In 2019 she appeared in two movies, entitled “Rottentail” and “Eminence Hill”. Her latest role was in 2020, starring as General Hauser in the short film “The Meteor Man”.

Similar to some of the characters she’s portrayed on screen, her love life has been rather turbulent. When she launched her career as an actress, she began a romantic relationship with Charlie Bambrook, which lasted for a year. Fr om 2001 through 2003she dated the actor and producer Dean Paraskevopoulos, then three years later, she was linked to Justin Stock, with whom she reportedly had a one-year relationship. Following on, she dated Andrew Bennett for two years, and at some point, the couple even became engaged. However, while it seemed that Dominique had stumbled upon her Prince Charming, the relationship took a turn for the worse, and they broke-off the engagement in 2010.

In 2012 she was romantically involved with the writer and producer Marc Clebanoff, best known for his projects “Break”, “The Mourning”, and “Stripped”.

However, the relationship didn’t last, and in 2013 they broke up.

In 2019 she began a relationship with a man named Jamie. They often post photos of their travels and interesting places they visit on their Instagram accounts; apparently they’re still together

As of 2021, her estimated net worth is around $2 million, which she has earned through her career spanning two-decades.

Dominique is 5ft 9ins tall (175cm) weighs around 141lbs (64kgs) with vital statistics 32-22-33. Her natural hair is light brown, even though she has been rocking blonde hair most of her life. Dominique’s eyes are blue.

In her free time, she likes to cook, travel, and spend time with her pets. She’s an avid animal lover, with over 50 photos of different pets on her Instagram account. As such, she is a huge supporter of People for the Ethical Treatment of Animals (PETA), and in 2001 she posed nude for their campaign “I’d Rather Go Naked than Wear Fur”. In an interview she said: “Everybody thinks people who promote PETA don’t eat meat, but I think animals were made to be eaten. I take my part in the food chain very seriously. I eat meat, the rarer the better. I just don’t think animals should be slaughtered for their fur.”