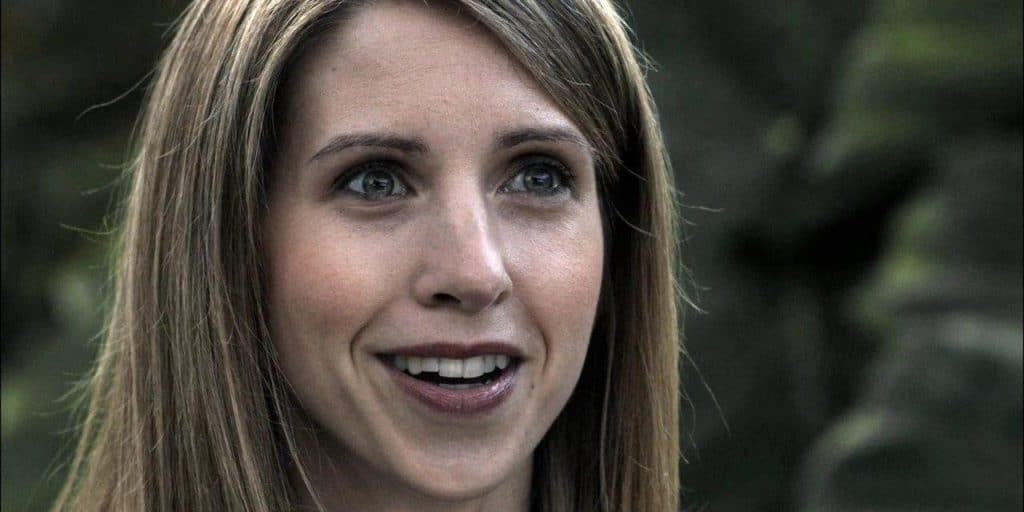 Where is Emily Perkins now? What is she doing today? Biography

Who is Emily Perkins?

Emily Perkins is a retired Canadian actress, who stunned the public with her portrayal of the heartfelt and ferocious Brigitte in the horror film “Ginger Snaps” franchise from 2002 to 2004, and also as Crystal Braywood in the TV series “Hiccups” (2010-2011), among other prominent roles in her career.

Where is Emily Perkins Now?

Emily has taken an hiatus from acting a couple of times in the past, and her last appearance was in the episode of “Supernatural” in 2019. She is now more focused on her family, living a peaceful life with her husband and children.

Emily Jean Perkins was born on 4 May 1977 under the Taurus zodiac sign, in Vancouver, British Columbia Canada. She is the middle child in a family of three sisters and grew up in her hometown. After matriculating, Emily enrolled at the University of British Columbia from which she obtained a Bachelor of Fine Arts degree in drama. During her university years, she met and befriended actress Laura Harris, with whom she has remained friends until the present day.

Emily’s interest in acting was generated while she was still in elementary school and just 11 years old. She made her debut at 12 years of age in the 18th episode of the fifth season of CBC’s award-winning action-adventure series “Danger Bay”, which starred Donnelly Rhodes, Christopher Crabb and Ocean Hellman. She continued with minor roles, first in the TV mini-series “Small Sacrifices”, and then “Anything to Survive” in 1989 and 1990 respectively, while she also voiced Katy Caboose in the animated adventure comedy television movie “Little Golden Book Land” in 1989.

In 1990, Emily secured her first major role as Young Beverly Marsh in the Primetime Emmy Award-winning TV horror mystery-drama mini-series “It”, based on Stephen King’s novel of the same name, then continued her career with the part of Marie Sullivan in the TV comedy-crime series “Mom P.I.”, co-starring Rosemary Dunsmore and Shane Meier. Throughout the rest decade, Emily didn’t have that many roles, as she became more focused on her education. As a result, she appeared in only a couple of films, including the sci-fi action drama “Past Perfect” in 1996, and portrayed three identical characters – Dara Kernof, Paula Koklos and Roberta Dyer – in the episode “All Souls” of the critically acclaimed mystery crime-drama series “The X-Files” in 1998.

Later that year, she was selected as Sue Lewis in the TV mystery crime-drama series “Da Vinci’s Inquest”, and until 2005 appeared in 35 episodes of the award-winning series.

Concurrently, she secured the role of Brigitte in the fantasy horror-drama film “Ginger Snaps” in 2000, co-starring Katharine Isabelle in the role of Ginger and Kris Lemche as Sam. The film became a complete success, earning Emily the Best Actress award at the Malaga International Week of Fantastic Cinema festival. The sequel came out four years later – “Ginger Snaps 2: Unleashed” – and Emily won the prestigious Fangoria Chainsaw Award in the category for Best Actress, while in 2005 she was inducted into Fangoria Horror Hall of Fame. The third installment of the film – “Ginger Snaps Back: The Beginning” – was released in 2004 but to mostly negative reviews.

In 2006, Emily appeared in the romantic comedy film “She’s the Man”, with Amanda Bynes in the lead role, then she was Britt in the television comedy movie “Another Cinderella Story” (2008), starring Selena Gomez, Drew Seeley and Jane Lynch. In 2009, Emily was chosen for the role of Becky Rosen in the TV series “Supernatural”, appearing in four episodes through 2019, when she made her last on-screen appearance. However, before she retired as an actress, Emily secured a few more notable roles, portraying Crystal Braywood in the TV comedy series “Hiccups” (2010-2011), appearing in all 26 episodes of the award-winning series, before it was canceled, and in 2014 she was Nancy in the horror-action film “Extraterrestrial”, with Brittany Allen, Freddie Stroma and Jesse Moss in the lead roles.

When it comes to her personal life, Emily is a married woman. Back in 2005, she met Belgian-Canadian author and academic Ernest Mathijs, at a film festival, as he was researching cult films for his book, and approached Emily to talk about the horror classic “Ginger Snaps”. The two went out and soon after started a romantic relationship. They haven’t revealed when the wedding ceremony was held, and it was only friends and family members in attendance without pomp and buzz.

They have one child together, born in 2006, and she has also adopted her two cousins, whose parents weren’t able to care for them. She has become their foster mother since they were 10 and 13 years old, but she hasn’t talked more about them.

As of mid- 2021, Emily Perkins’s net worth has been estimated at over $2 million, earned through her successful career as an actress, during which she has appeared in more than 30 film and TV titles, all of which have benefited her wealth.

Emily has several other interests outside of acting. She spends her free time making sculptures and painting.

She is known for working closely with a number of philanthropic organizations, and has been focused on helping underprivileged children.

She has stated that she loves watching Woody Allen films, and though she didn’t have an opportunity to appear in one of his many films, Emily respects and admires the award-winning director and actor. Some other celebrities are her idols, including Juliette Lewis, Scarlett Johansson and Naomi Watts, among others.

Emily also worked as Professor of Acting at the University of Wales, Aberystwyth for a brief period in 2005.