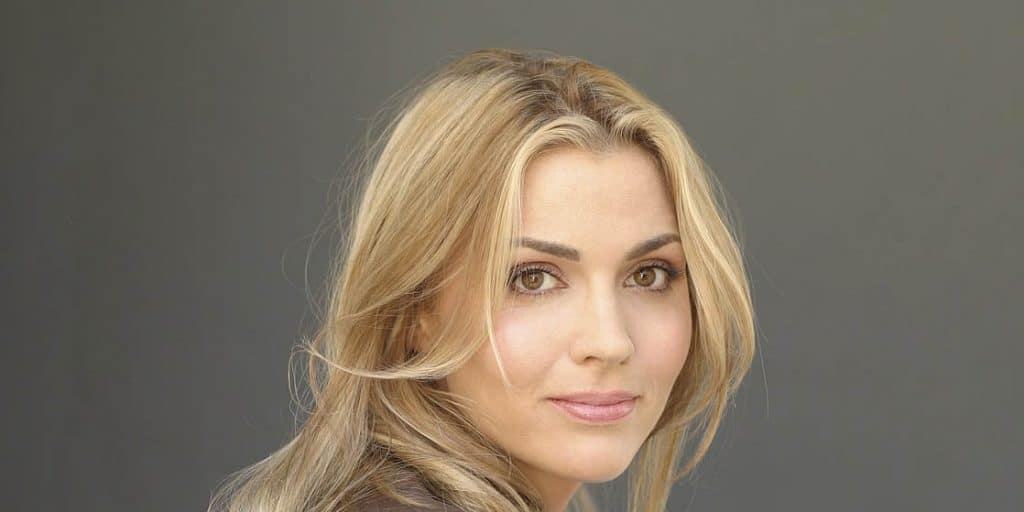 Where is Hudson Leick now? What is she doing today? Biography

Who is Hudson Leick?

Hudson Leick was born in Cincinnati, Ohio USA. on 9 May 1969 – her zodiac sign is Taurus, and she holds American nationality. She’s an actress and a yoga instructor, with over 30 acting credits to her name, perhaps still known best for her portrayal of Vaughn in the 1999 action adventure comedy movie “Chill Factor”, directed by Hugh Johnson, and which starred Cuba Gooding Jr., Skeet Ulrich and Peter Firth. It follows two men who’ve got their hands on a new biological chemical weapon, and are now trying to prevent terrorists from stealing it; the film saw Cuba Gooding Jr. nominated for a Stinker Award for Worst Actor.

Hudson was raised in Cincinnati alongside her sister by their parents who divorced in 1982, and the girls then moved to Rochester, New York with their mother. Not a lot is known about Hudson’s family, as she respects their privacy.

Hudson became interested in acting and singing while attending a local high school, but also dreamed about becoming a professional model. She was a member of her school’s drama club, and appeared in various plays performed at the school. Upon matriculating in 1987, she didn’t attend college, instead signing her first modelling contract, and moving to Japan to work there. She eventually chose to focus on acting, and began taking drama courses.

Hudson made her debut TV series appearance in 1992, when she portrayed Stephanie in the episode “Sexual Considerations” of the adventure comedy drama “CBS Schoolbreak Special”; the following year saw her play Kathy Rogers in the episode “Black Tie” of the mystery crime drama “Law & Order”.

Hudson gained recognition in 1995, when she starred as Tracy Stone in the drama “University Hospital”, and the same year saw her play the supporting character Shelly Hanson, in the popular romantic drama “Melrose Place”. Created by Darren Star, it starred Heather Locklear, Andrew Shue and Courtney Thorne-Smith, and follows several friends who are living in Melrose Place in California; the series aired from 1992 to 1999, and won six of the 14 awards for which it was nominated.

Between 1996 and 2000, Hudson starred as Xena, in the action adventure drama “Xena: Warrior Princess”, created by Sam Raimi and John Schulian, and which also starred Lucy Lawles and Renee O’Connor.

It follows Xena and Gabrielle, who are travelling together and are battling warlords and gods; the series won 10 awards, including a Primetime Emmy, while it was nominated for 34 other awards.

The following years saw her appear in an episode of various series, such as the family fantasy drama “Touched by an Angel”, the family comedy drama “7th Heaven”, and the action adventure drama “Hercules: The Legendary Journeys”. A couple of Hudson’s other notable performances in the early 2000s were in the action crime comedy “Fastlane”, the fantasy mystery drama “Tru Calling”, and the mystery crime drama “CSI: Crime Scene Investigation”.

In the last decade, Hudson has mostly been focused on appearing in movies, as well as on being a yoga instructor.

Hudson made her debut film appearance in the 1994 action science fiction thriller “Knight Rider 2010”, while a couple of her following roles were in the 1996 action crime drama “Hijacked: Flight 285”, the 1996 thriller “Dangerous Cargo”, and the 1997 mystery drama “After the Game”.

She gained recognition in 2001, with her portrayal of Julia in the romantic crime thriller “Cold Heart”, written and directed by Dennis Dimster, and which stared Nastassja Kinski, Jeff Fahey and Josh Holloway. It follows a psychopath who has seduced his psychiatrist’s wife. In 2006, Hudson starred in the action science fiction adventure “A. I. Assault”, and in 2007, she appeared in the horror thriller “Hallowed Ground”.

In 2013, we saw her play Alexis in the action crime drama “Mid Life Gangster”, written and directed by Evan James, who also starred in it alongside Amber Noelle and Ricky Harris. It follows Evan ‘Bullet’ James, whose father has just died, so he joins his old neighborhood gang again.

Hudson’s most recent film appearance has been her portrayal of Tiffanie in the 2018 mystery comedy drama “Blood Type”.

Hudson has been featured in a couple of documentary videos, such as the 2005 “Xena Warrior Princess: The Final Season”, the 2016 “Hudson Leick Yoga Basics”, and the 2018 “Hudson Leick Aroma Yoga”. She also appeared in six episodes of the documentary series “From the Mouths of Babes” between 2015 and 2019.

In 2004, Hudson was nominated for a National Academy of Video Game Trade Reviewers Award for Voice Performance, for “Primal”.

Career as a yoga instructor

For more than two decades now, Hudson has been practicing and teaching yoga at the Healing Heart Yoga Center. She’s today a member of the California Yoga Teacher’s Association, and in 2018, Hudson published her book “Healing Yourself Whole”, which is about oil treatment.

Hudson’s highly secretive when it comes to her love life, and there’s only a single man whom she has dated, that the public knows about. Back in 1995, she began dating John Kaisner, a professional permaculture designer and instructor, and a natural farmer. The two spent 10 years together before splitting in 2005 for unknown reasons; John’s today a married man, and has a daughter.

There are rumors circulating the internet claiming that Hudson has dated several actors in the past decade, but that she prefers to keep the details of her love life to herself. There are also some who have claimed that she’s perhaps a lesbian, but this hasn’t been confirmed either.

As of September 2021, Hudson seems to be single, hasn’t married, and doesn’t have children.

Hudson’s passionate about travelling, and has been to various US states and European countries, also to various Asian countries. Her dream travel destination is India, mostly because of yoga.

She’s a huge lover of animals, and has volunteered at various animal shelters; Hudson’s favorite animals are cows and donkeys.

Hudson makes beauty bracelets, and these can be seen featured in many of her Instagram pictures.

She’s interested in astrology, and refers to herself as an ‘intuitive astrologer’.

Hudson has her own favorite actors and actresses, some of whom are Russell Crowe, Natalie Portman and Helena Bonham Carter, while a couple of her favorite movies are “A Good Year”, “Leon: The Professional” and “Fight Club”.