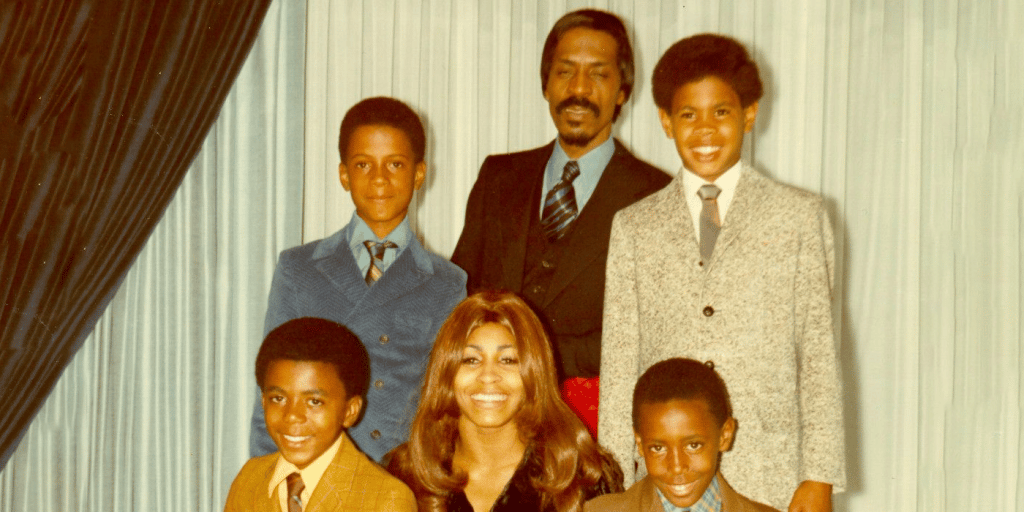 Who is Ronnie Turner?

Ronald Renelle ‘Ronnie’ Turner was born in Los Angeles, California USA, on 27 October 1960 – his zodiac sign is Scorpio, and he holds American nationality. He’s a musician and a former actor, but perhaps known best for being the son of Tina Turner and her ex-husband Ike Turner.

Ronnie drew up in Los Angeles, where he was raised by his parents Tina and Ike  – he also lived with his half-brother, Craig, from his mother’s side, and half-brothers, Michael and Ike Jr. from his father’s previous marriage with Lorraine Taylor.

Tina and Ike’s relationship was very turbulent, and the two separated in July 1976.

A post shared by The World of Ike & Tina (@ikeandtinaturner)

Although Tina had stated that she and Ike weren’t officially married, they still had a common-law marriage and had to go through a formal divorce, following which Tina received full custody of Ronnie, and $1000 a month in child support, along with $4000 a month in alimony. Tina cut all ties with Ike, and hadn’t had any contact with him until his passing in December 2007, while Ronnie kept in touch with his father, and had even worked with him on several occasions.

Ronnie matriculated from the local Seaside High School in 1978, and then enrolled at Hartnell College, from which he graduated in 1982 with a degree in music.

Career as a musician and other ventures

Much like his parents, Ronnie is a very talented musician, although he hasn’t reached their level of fame. He learned how to play various musical instrument at an early age, including the guitar and drums.

During his time in college, Ronnie started playing bass guitar in a band called Manufactured Funk, along with songwriter and musician Patrick Molten. He also occasionally played the bass guitar in his mother’s band, and later in his father’s group.

Ronnie made his acting debut in 1993, by playing the supporting role of a revue in the biographical drama about his mother entitled “What’s Love Got to Do with It”, written by Kate Lanier and directed by Brian Gibson, based on Tina’s autobiographical book “I, Tina”. The movie follows her life from rural upbringing to her rise to stardom. Although both Tina and Ike Turner expressed their concerns over the accuracy of the movie, it was still a commercial and critical success, receiving two Academy Award nominations.

Since 2007, Ronnie has been married to the French singer and reality TV star Haffida ‘Afida’ Messai. They have two sons together, whose names and birthdates haven’t been.

In the past, Afida has notably been critical of Ronnie’s mother, claiming that she refused to financially support him in his time of need. In June 2017, Ronnie and Afida announced their separation, but have since reconciled. The couple resides in Los Angeles with their two children.

Tina Turner was born Anna Mae Bullock in Brownsville, Tennessee USA, on 26 November 1939 – her zodiac sign is Sagittarius, and she now holds Swiss nationality. She’s a singer and an actress, who has found success in soul, rock, and rhythm and blues genres.

Tina was born into a family of sharecroppers in rural Tennessee. She started singing during her teenage years, initially as a member of a church choir. She moved to St. Louis, Illinois when she was 16, and started performing at local bars, gaining recognition in the rhythm-and-blues scene.

In 1956, she met the blues musician Ike Turner at a performance by his band, the Kings of Rhythm, and soon joined the band herself. Around that time, she started performing under the alias Tina Turner, and her energetic stage presence made her the centerpiece of their shows. While the band was beloved by local audiences, they failed to receive wider recognition as recording artists, but that changed in 1960, when their song “A Fool in Love” hit the charts, launching Tina and Ike to fame.

The two married in 1962, and continued working together. Their 1966 album “River Deep – Mountain High” was one of their most successful collaborations, selling particularly well in Europe. Tina and Ike’s last hit songs were the cover of “Proud Mary” (1971) by Creedence Clearwater Revival, and “Nutbush City Limits” (1973).

They divorced in 1978, with Tina alleging years of infidelity and domestic violence as the reason for their separation.

After making a series of guest appearances on tracks by other artists, Tina finally released her debut solo album entitled “Private Dancer” in 1984. The album was a huge commercial success, selling more than 20 million copies worldwide, while it also earned praise from the critics, and won three Grammy awards. It featured the single “What’s Love Got to Do with It”, which is considered to be one of Tina’s signature songs. In the following year, she starred in the action blockbuster “Mad Max: Beyond Thunderdome”.

She released five more studio albums, including “Break Every Rule” (1986), “What’s Love Got to Do with It” (1993), and “Twenty Four Seven” (1999). Tina continued making music and touring in the 21st century, and collaborated on albums by other artists, most notably “River: The Joni Letters” (2007) by Herbie Hancock.

Tina has primarily resided in Switzerland since 1994, and in 2013 became a Swiss citizen, relinquishing her US citizenship. In the same year, she married the music executive Erwin Bach, after being in a relationship for 27 years.

Tina was inducted into the Rock ‘n’ Roll Hall of Fame in 1991; in 2018 she was rewarded with a Grammy for lifetime achievement.

She talked about her life in depth in her aforementioned autobiography “I, Tina”. In addition, there is a Broadway musical about her life, simply entitled “Tina”, which premiered in 2019.

In 2018, she released her second autobiography “My Love Story”, and in 2020 the self-help book “Happiness Becomes You: A Guide to Changing Your Life for Good”.

As of February 2022, her net worth has been estimated at more than $250 million.