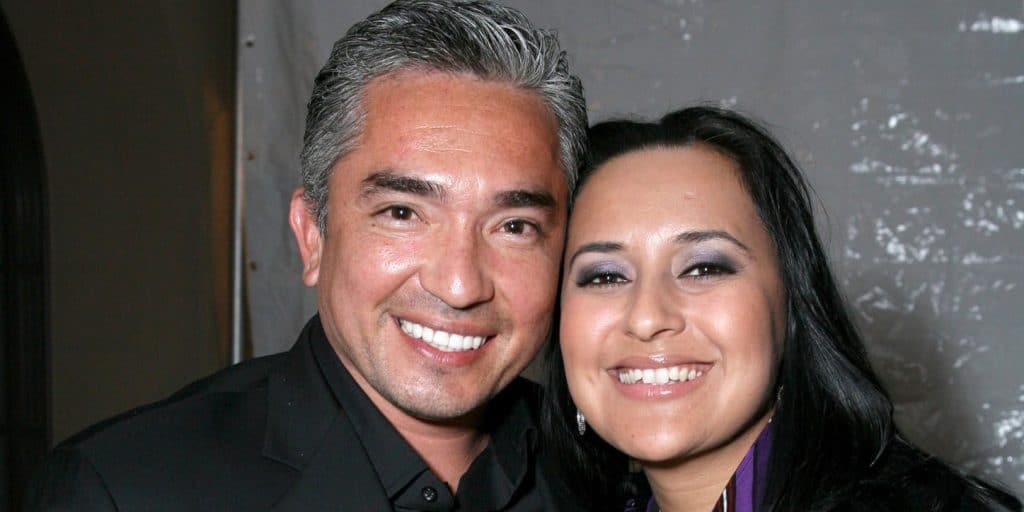 Who is Illusion Millan?

Ilusion Millan is a preschool teacher and producer, best recognized as the ex-wife of the world-renowned dog trainer and author Cesar Millan, perhaps best known for his TV series “Dog Whisperer with Cesar Millan”. Ilusion was born under the Zodiac sign Virgo on 18 September 1976, in USA. As of 2022, she is 45 years old and holds American nationality.

Not much is known about her early life, background, and education. She was born into a middle-class Catholic family. Her father, whose name remains unknown, owned a precision machine business. Furthermore, it remains unclear whether she has any siblings.

Ilusion initially worked as a preschool teacher, but as Cesar’s projects became more elaborate and extensive, she became a very important member of his business.

Appointed as a co-CEO of “Cesar Millan Inc.”, Ilusion emerged as an instrumental part of the company, providing ideas and creating new products. Additionally, Ilusion worked closely with various charities and causes, which promote the well-being and protection of animals.

One of her most-prominent designs was the “Illusion Collar” – a neck brace with a slip collar, created to help control difficult dogs and also ease the training process including proper walking. When Cesar launched his most-known show “Dog Whisperer” in 2006, Ilusion worked as a co-executive producer and associate producer on the show for eight seasons, as well as making an appearance in a couple of episodes.

The show became a huge success while Cesar garnered enormous popularity and worldwide media exposure, as the show was broadcast in over 80 countries.

The documentary-style series even received a Primetime Emmy Award in the category “Outstanding Reality Program”.

In 2009, Ilusion and Cesar partnered with Yale University to create a Mutt-i-grees curriculum based on Cesar’s techniques and knowledge. This innovative program aims to build children’s affinity toward dogs, teach and instruct them on how to treat and interact with pets. It additionally teaches social and emotional skills, which are highly important in the formative period of children, enabling them to communicate better and thrive in various surroundings.

Ilusion and Cesar also launched a non-profit organization entitled “Cesar and Ilusion Millan Foundation”, which provides financial support to shelters, and in the process, aides and rehabilitates dogs. After they divorced in 2010, Cesar renamed it “The Millan Foundation”.

How did she meet Cesar?

Ilusion met Cesar when she was 17, and he 24 years old, and lived in a small apartment with six dogs.

After meeting. They began dating, but after Cesar’s friend pointed out the numerous legal consequences of dating an underage girl, such as deportation and arrest, Cesar broke-up from Ilusion. Talking to a media outlet, Ilusion recalled this moment when she went to his apartment, Ilusion said: ‘I came to the door and pressed the bell, and he said, “I can’t see you anymore.” It killed me.’ However, that was not the end of their romance.

In 1994 when she turned 18, she returned to Cesar’s apartment and convinced him to reconsider his decision about their relationship. They began dating again, and soon after, Ilusion became pregnant, prompting Cesar to propose to her. They tied the knot during the same year and started their life as a family in Los Angeles, welcoming their first child, Andre Millan in 1995.

However, they soon began experiencing their first tribulations in marriage, largely due to Cesar’s ill-treatment of Ilusion, which he took over from his father and uncles. Ilusion was not going to settle with someone who thought that a woman should be kept “calm and submissive’, and left their house with their child.

Ilusion gave him an ultimatum- in order to work on their marriage, they needed to go to a marriage counselor to which Cesar agreed. The counseling worked, and in 2001, they welcomed another child, Calvin. Cesar often called Illusion his “Man Whisperer” as, in his opinion, she rehabilitated him and taught him how to treat women and his family. Additionally, he always pointed out that she had a business mind, and in an interview, Ilusion said: ‘We’re what I call Mr. Talent and Mrs Brains. You can’t have one without the other.’

However, after 15 years of marriage, Ilusion filed for divorce, citing irreconcilable differences, which gravely affected Cesar, who later tried to take his own life.

The divorce was finalized in April 2012 – Ilusion walked out of the court with a large one-time settlement of $400,000, monthly alimony of $30,000 and additional child support of $10,000 per month.  She also sought full custody of their two sons, which she was granted. Despite the divorce, they chose to ignore their differences and focused on co-parenting their two sons.

After divorcing Cesar, Ilusion went under the radar and withdrew from the scene; it remains unclear whether she’s remarried. According to her private Instagram account, she now goes under the named Ilusion Milan-Wilson, works as a clinical psychotherapist and serves as a children/youth ambassador.

According to the sources, as of early 2022, her estimated net worth is around $1 million. On the other hand, Cesar’s wealth is in the range of $20 million.

Ilusion is 5ft 6ins (167cm) tall, while her weight is unknown but she has a very curvy physique. Her natural hair is dark brown, further adorned with brown eyes.

In 1995, she had problems with her gallbladder and nearly lost her life. Thankfully, she underwent surgery, and several months later, emerged as fit as a fiddle.

It appears that Ilusion is only active on Instagram, on which she has a private account with over 400 followers.

Sinaloa native Cesar, who barely spoke English, illegally crossed the US border with only $100 and a dream to work with dogs on TV.

After arriving in Los Angeles, he met Jada Pinkett Smith, who arranged English classes for him, and as he has mentioned several times, thanks to Jada he was able to learn the language.

He first worked as a dog groomer, and after working tirelessly for years, launched the Pacific Point Canine Academy and later the Dog Psychology Center, the facility that works with large breed dogs. In 2002, he was featured in an article in “The Los Angeles Times”, and subsequently MPH Entertainment reached out to him on a possible idea for a TV series. The series premiered in 2004 on National Geographic Channel, becoming one of their most-watched shows. Cesar has also launched other shows, such as ‘Cesar Millan’s Leader of the Pack, “Cesar 911’, and ‘Cesar Milan Dog Nation’.

He then kicked off a touring lecture ‘show’, “Cesar Millan Live’ in which he displayed his dog training techniques and philosophy. He has dipped his toes in various industries, launching dog products, and publishing several books.

Despite having a highly prolific and successful career, over the years Cesar and his techniques have been criticized by former clients, media outlets, and other dog experts.

Some claimed that his tactics were inhumane and outdated, and in some cases highly unsuccessful. Reportedly, one of his dogs, named Junior, killed Queen Latifa’s dog, which he denied.

Regarding his love life, after divorcing Ilusion, he began a relationship with the actress and former styler, Jahira Dar. The couple announced the engagement in 2017, but still haven’t walked down the aisle.