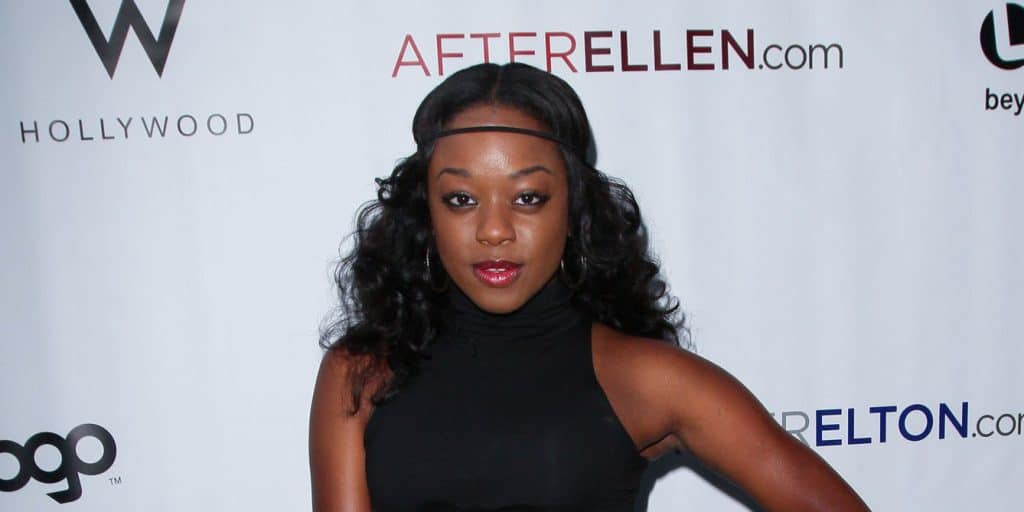 Jazz Raycole is an American professional dancer and actress, famously known for her appearance as Claire Kyle in the first season of the sitcom “My Wife and Kids”.

Jazzmine Raycole ‘Jazz’ Dillingham was born under the Aquarius zodiac sign, on 11 February 1988, in Stockton, California USA, which makes her 34 years old as of 2022. Her mother was a dedicated dancer who owned a dance studio, so it was natural for her to develop a knack for dancing at a young age.

She boasts of being trained by some of the most famous dancers in the industry, such as choreographer Debbie Allen, and she began participating in dancing competitions in the early ’90s, from when she was four years old. Jazz hasn’t publicly introduced her family members, and it’s not yet established whether she has any siblings.

Jazz attended a local elementary school in California, but hasn’t disclosed where she attended high school. She aspired to study medicine at Stanford University, and then become a pediatrician, before she made up her mind to join the dancing industry.

When she matriculated from high school, Jazz relocated to Los Angeles together with her family and shortly afterwards landed her first job.

Raycole’s favorite singers and dancers are Janet Jackson and her brother, the late legendary singer-songwriter, Michael Jackson – she grew up dreaming to dance on stage with them, and hoped that she would one day walk down the red carpet with Janet, as she once revealed during an interview.

She is physically active, and hits the gym regularly to maintain her hourglass figure. She is also keen on her diet.

The Californian dancer enjoys traveling and has toured many American destinations for work and leisure, most often accompanied by her family or close friends.

Raycole’s Instagram bio reads ‘Eat. Pray. Love. And then Dance,’ which proves that dancing is her passion. She boasts of bagging a state championship title in ethnic, jazz, tap, and ballet dances.

Jazz began her career in showbiz with a voice acting credit in the Australian-American comedy film “Babe,” which aired in 1995.

In the same year, she also featured in the romantic drama movie “Waiting to Exhale,” playing Onika Harris.

Three years later, she was cast to play her first major role, in the film “From the Earth to the Moon” as the lead dancer. Raycole made her career breakthrough in 2001, when she was selected to portray Claire Kyle in the NAACP Image Award-winning TV show “My Wife and Kids,” which stars Damon Wayans and was written and produced by Don Reo. Her role was later given to Jennifer Freeman as the show’s first season ended, which sparked the rumor that her parents had her removed from the cast when they learnt about an upcoming episode, in which Kyle’s friend gets pregnant.

However, she dismissed the rumor during an interview with Christian Post, revealing that she left because ‘I was 12 years old when I got that job. The producers wanted a different thing, they wanted someone a little bit older. I wasn’t ready for that.’ She also lent her voice to a character named Chloe in an episode of 2003’s “Hey Arnold!” Jazz has since made appearances in many TV shows, including “The Office,” “Monk,” and Chris Rock’s drama “Everybody Hates Chris” as Lisa in 2005-2008.

She was cast in two seasons and 12 episodes in the post-apocalyptic series “Jericho” in 2007-2008, and she also played the role of Lyric Ballentine in the series “The Soul Man,” which aired on ITV Land in 2012. Moreover, she landed a guest-starring role in the second part of the “Fancyman” episode of the series “New Girl.” Subsequently, she was seen portraying Sydney in the TV drama “The Quad”, before she recently appeared in the comedy series “I Ship It,” the film ‘Ghosting: the Spirit of Christmas,” TV show “Council of Dads” (2020) as Sage, Netflix’s drama TV series “The Lincoln Lawyer” in 2021, playing Izzy opposite Manuel Gracia who portrayed Mickey Haller – the role was initially played by Logan Marshall-Green.

2016 saw her appearing in the drama musical show “Crazy Ex-Girlfriend,” which aired on The CW. She also sang and danced to the song “Put Yourself First,” which carries a feminist message together with other co-stars in the show – it’s attracted more than 760,000 views on YouTube.

Jazz prefers to keep her personal life away from the limelight, and barely talks about the people she’s dated in the past. She is probably single as of early 2022, and is seemingly focusing solely on her successful career in showbiz. Her friends describe her as very social, and she’s populated her Twitter and Instagram accounts with photos of her friends having fun together – she was recently seen clubbing with her friends during her 33rd birthday celebration. Jazz revealed during an interview that her faith is very important to her, having been brought up in a religious Christian household.

She told Christian Post that ‘I’ve grown up in the church, it’s something that’s very close to my heart,’ but further revealing that she hopes that her fans would perceive her more than just a Christian artist.

Raycole is slimly built, stands at the height of 5ft 2ins (1.57m) tall and weighs approximately 137lbs (62kgs). She’s of Afro-American ethnicity, and has dark brown eyes and dark hair.

Jazz has made a name for herself in the entertainment industry, and has accumulated a substantial net worth, which has made it possible for her to live a lavish lifestyle. Authoritative sources estimate that her net worth is approximately $3 million as of early 2022; her annual salary is reputedly about $500,000.