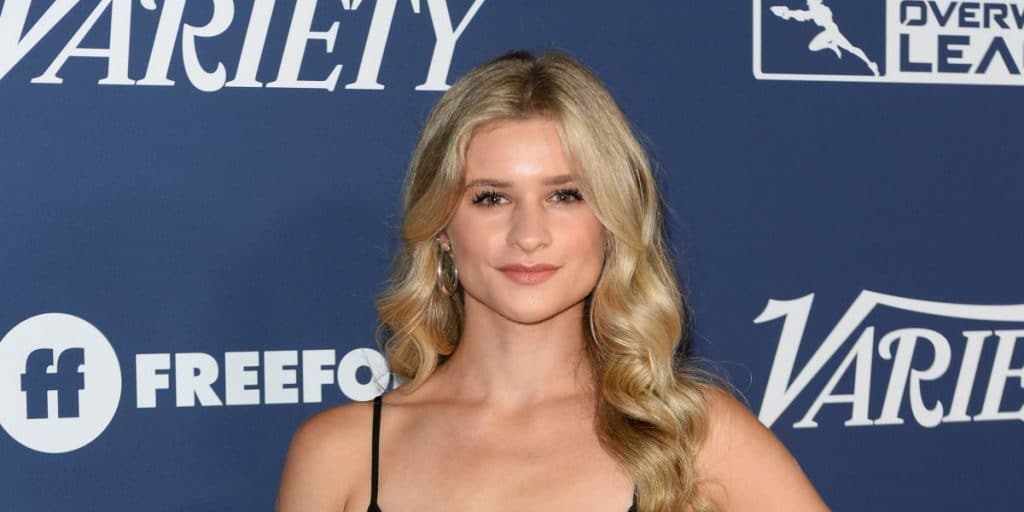 Where is Jenna Boyd now? What is she doing today? Biography

Who is Jenna Boyd?

Jenna Michelle Boyd was born on 4 March 1993 under the zodiac sign of Scorpio, in Bedford, Texas USA. She is a 28-year-old actress, probably best recognized for landing the role of Dot Gilkeson in the Revisionist Western thriller film “The Missing” (2003), playing Bailey Graffman in the comedy-drama film “The Sisterhood Of The Traveling Pants” (2005), and most recently featuring as Paige Hardaway in the Netflix comedy-drama series “Atypical” (2017-present).

How rich is she, as of now? Jenna Boyd Net Worth

As of mid-2021, Jenna Boyd’s net worth is estimated at over $1 million acquired through her successful involvement in the world of entertainment.

She has garnered 25 television and film acting credits since she launched her career back in the late 1990s.

Jenna Boyd spent her early years in her hometown of Bedford before she moved with her family to Los Angeles, California at the age of two. She is the daughter of Mike Boyd, who served in the US Navy as a fighter pilot, and Debbie Boyd whose profession is unknown. She has a younger brother named Cayden Boyd who is also an actor, famous for his work on “The Adventures Of Sharkboy And Lavagirl 3-D” and “Have Dreams, Will Travel”.

Jenna holds American nationality, belongs to White Caucasian ethnic group, and is a Christian. Regarding her education, Jenna Boyd attended Pepperdine University, from which she graduated in 2015 with a major in Business Administration and a minor in Sports Medicine.

Jenna Boyd started pursuing her career after being discovered by a modeling agency when she was only two years old, initially making appearances in various TV commercials and print ads. She was also one of the cast members of the PBS children’s series “Barney & Friends”, in which she both figure skated and acted. In the early 2000s, she made guest appearances in such TV series as “The Geena Davis Show”, “Six Feet Under”, and “CSI: Crime Scene Investigation”, among others.

In 2002, she landed the role of Felice Wallace in the made-for-TV Christmas film “Mary Christmas”, aired on PAX TV.

Jenna Boyd made her debut feature film appearance in 2003, as Loretta Kravitz in the action thriller film “The Hunted”, alongside Tommy Lee Jones, Connie Nielsen, and Benicio del Toro, and then featured as Sally Finley in the comedy film “Dickie Roberts: Former Child Star”, directed by Sam Weisman, both of which earned her Young Artist Award nominations.

She landed her breakthrough role later that year, when she was invited to play Dot Gilkeson in the Revisionist Western thriller film “The Missing”, directed by Ron Howard.

She once again shared the screen with Tommy Lee Jones and Cate Blanchett, and for her performance, Jenna won a Young Artist Award for Best Performance in a Feature Film – Leading Young Actress, and received a Saturn Award nomination for Best Performance by a Younger Actor. Her next major role came two years later, when she played Bailey Graffman in the comedy-drama film “The Sisterhood Of The Traveling Pants”, directed by Ken Kwapis and based on the novel of the same title by Ann Brashares; this also earned her a Young Artist Award nomination.

Thereafter, Jenna Boyd landed the role of Elizabeth ‘Zee’ Foster in the mystery thriller TV miniseries “The Gathering”, next to Peter Gallagher, Jamie-Lynn Sigler, and Peter Fonda, broadcast on Lifetime in 2007. She then made a guest appearance as Jessica Evanson in the episode “Minimal Loss” of the highly popular CBS police procedural crime drama series “Criminal Minds” (2008), then took a break for four years to matriculate, before she returned to acting with the role of Mattie Rogers in the 2012 Christian Christmas drama film “Last Ounce Of Courage”, alongside Fred Williamson and Jennifer O’Neill. It was followed by her portrayals of Rachel in the 2013 thriller film “Complicity”, written and directed by C.B. Harding, and Abby in Alex Wright’s 2014 made-for-TV drama film “Runaway”.

In 2017, Jenna Boyd had the part of Madison in the crime thriller film “Nowhere, Michigan”, sharing the screen with Tequan Richmond, Christina Scherer, and Ashlie Atkinson. Her next prominent role came later that year, when she joined the cast of the Netflix comedy-drama series “Atypical”, in which she continues to play Paige Hardaway; the series was created by Robia Rashid ,and received generally positive reviews from critics. Concurrently, she’s also featured as Bridget in the short action comedy film “Spin” and guest-starred as Chelsea in the episode “What About The Kids?” of the comedy TV series “Mr. Mom”, both in 2019.

Most recently, it is announced that she will appear in the upcoming comedy film “Good Mourning With A U”, which as of late 2021 is under post-production.

Jenna Boyd isn’t very open when it comes to speak about her personal life, and tends to keep details about it away from the eyes of the public.

Nonetheless, it’s believed that she’s single as of late-2021, and focused on her professional career rather than being in a romantic relationship. Her residence is still in Los Angeles.

Apart from being a successful actress, Jenna Boyd is also an award-winning figure skater, having competed at various championships and won numerous awards; besides that, she’s a certified Pilates instructor.

She is also a skincare consultant for Rodan + Fields.

In her spare time, Jenna enjoys hanging out with her younger brother, making homemade perfumes, horseback riding, and running a spy club along with her friends.