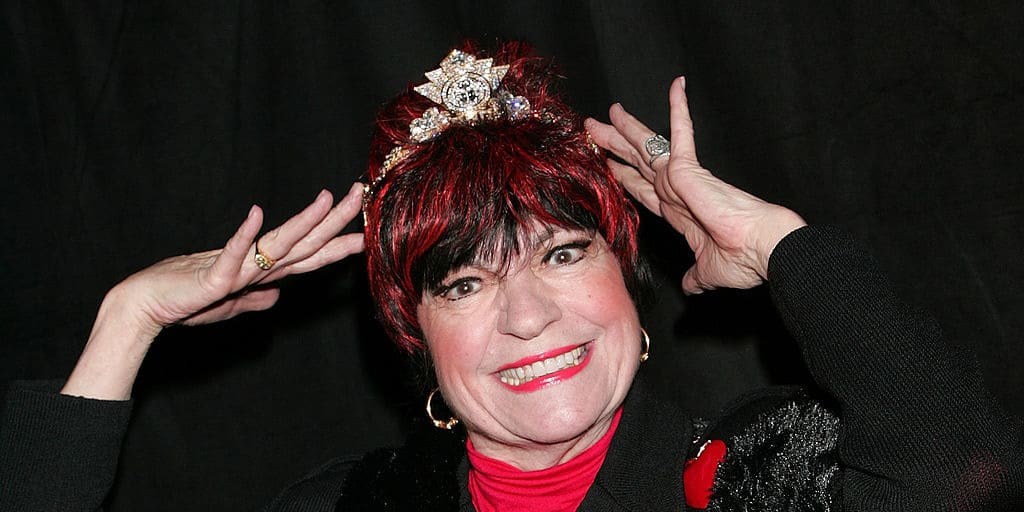 Who is Jo Anne Worley?

Jo Anne Worley was born in Lowell, Indiana USA, on 6 September 1937 – her zodiac sign is Virgo, and she holds American nationality. She’s a comedienne, actress and a singer, perhaps known best for her voiceover roles in animated movies such as “Beauty and the Beast” and “A Goofy Movie”.

Jo Anne was born to Rose and Joseph Lauraine Worley, the third of five siblings. Her parents divorced in 1962, and her father later remarried, having four children with his second wife, Nancy.

Growing up, Jo Anne became known for her loud voice, and was very popular among her friends and classmates. She revealed that when she attended church as a girl, she would only lip sync to hymns, so that her voice didn’t overpower the others. In high school, she became known as the school comedienne.

Jo Anne matriculated from a local high school in 1955, and then moved to Blauvelt, New York, where she started working with the non-profit theatre group Pickwick Players. This helped her gain a drama scholarship to Midwestern State University in Wichita Falls, Texas, but after finishing her junior year, she transferred to the Los Angeles City College, and started studying acting at the Pasadena Playhouse.

Jo Anne began her career in theatre; in 1960, she landed her first musical role in a production of “Wonderful Town”, and in the following year made her breakthrough in the musical revue “Billy Barnes People”, which started in Los Angeles, California, but eventually moved to the Broadway stage.

Although the play ran for only six performances on Broadway, Jo Anne received stellar reviews for her performance, which helped her career immensely.

In 1964, she appeared alongside Carol Channing in the original Broadway production of “Hello, Dolly!”, based on the novel by Thornton Wilder. In the following year, she created her own nightclub act in Greenwich Village, which eventually led to her being discovered by Merv Griffin in 1969, who engaged her as one of his primary guest stars in “The Merv Griffin Show”.

Jo Anne made her TV series debut in 1960, when she appeared in two episodes of the comedy “The Many Loves of Dobie Gillis”. In the following years, she made episodic appearances in several other TV shows, including “Captain Nice”, “Night Gallery” and “The Paul Lynde Show”.

From 1970 to 1973, Jo Anne appeared in several episodes of the Emmy-winning comedy sketch “Love, American Style”, playing various roles in different comedic skits. In 1980, she had a voiceover role in the animated series “The All-New Popeye Hour”. Five years later, she voiced Hippopotamus in the CBS animated comedy “The Wuzzles”, created by Carson Van Osten. The series featured a variety of short, chubby, animated characters, which were created as a mix of two different animal species. In the following years, she voiced various characters in an episode of several other animated series, including “DuckTales”, “The Pink Panther” and “Tom & Jerry Kids Show”.

More recently, Jo Anne has made guest appearances in popular TV shows such as “Curb Your Enthusiasm”, “Jesse” and “Bones”. She retired from acting in 2012, and hasn’t worked in any TV series or movies since then.

Jo Anne made her movie debut in the 1962 sci-fi comedy “Moon Pilot”, which starred Tom Tryon, Brian Keith and Edmond O’Brien. In 1971, she played one of the leads in the TV comedy drama “What’s a Nice Girl Like You?”, centered on a working-class girl who’s kidnapped by extortionists, who force her to impersonate a wealthy socialite.

Five years later, she starred in her first Disney movie, the live action fantasy comedy “The Shaggy D. A.”, based on the novel “The Hound of Florence”, by Felix Salten. The film was made as a sequel to the 1959 comedy “The Shaggy Dog”, following a teenage boy named Wilby who is magically transformed into an Old English Sheepdog. Although modern audiences may not be familiar with them, “The Shaggy D. A.” and its predecessor movie were some of the most commercially successful Disney productions at the time, with the original grossing more than “Ben Hur”, which was released in the same year.

In 1979, Jo Anne starred in the animated “Nutcracker Fantasy”, about a girl who entered a world where all her toys come to life.

Perhaps one of the most notable voiceover roles for Jo Anne was as Wardrobe in the 1991 Disney animated fantasy “Beauty and the Beast”, based on the classic French fairytale of the same name. Walt Disney had initially planned to adapt the story for the big screen in the 1930s and 1950s, but the idea was unsuccessful, and was finally realized around 40 years later. warmly received by both the audience and the critics; it won numerous awards, including two Oscars, and is today widely considered to be one of the best animated films of all time.

Four years later, Jo Anne lent her voice to Miss Maple in the animated comedy “A Goofy Movie”, which starred Bill Farmer, Jason Marsden and Jim Hummings, following the popular Disney character Goofy Goof, and his son Max. Jo Anne made her last movie appearance before retiring in the 2008 musical comedy “Forever Plaid”, written and directed by Stuart Ross, as an homage to the close-harmony ‘guy groups’, which were popular in the 1950s.

Jo Anne reprised her role of Wardrobe in the video game “Kingdom Hearts II”, as well as in its DLC (Downloadable Content) “Final Mix+”.

Parallel to her working on movies and TV series, Jo Anne also had roles in numerous Broadway and Off-Broadway theatre productions, inducing “Once Upon a Mattress” (1974), “Gypsy: A Musical Fable” (1984) and “Prince of Central Park” (1989). In 2008, she played the role of Madame Morrible, in the Los Angeles production of “Wicked”.

Jo Anne was the second wife of the actor Rodger Perry, who is perhaps known best for his roles in TV series, such as “Harrigan and Son” and “Arrest and Trial”. They married on 11 May 1975, and divorced in 2000, after more than 25 years of marriage. They had no children together, and Jo Anne hasn’t married again. Rodger later remarried to the actress Joyce Bulifant.

Jo Anne deeply cares for animal rights, and has been involved with the non-profit organization Actors and Others for Animals for more than 40 years. The organization was founded in 1971, and provides veterinary financial assistance to pet owners in California, as well as funding spay-and-neuter programs, which help reduce the number of stray animals.

Jo Anne was involved with the organization from its inception, volunteering in various positions. She joined the board of directors in 1982, before becoming a vice president in 1999, and since 2007, Jo Anne has been serving as the president.

As of November 2021, her net worth is estimated at more than $4 million.