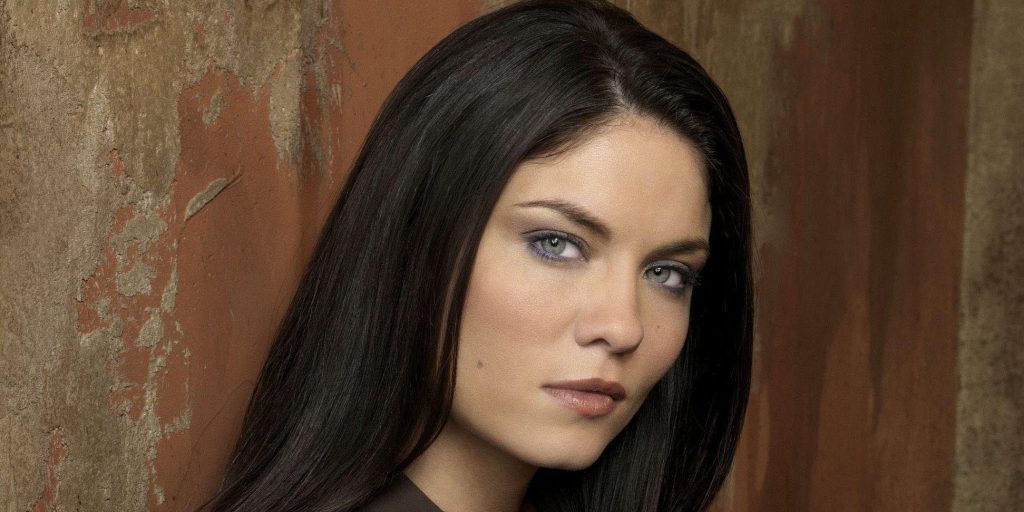 Where is Jodi Lyn O’Keefe now? What is she doing today? Wiki

Who is Jodi Lyn O’Keefe?

Jodi Lyn O’Keefe was born on 10 October 1978 under the zodiac sign of Libra, in Cliffwood Beach, New Jersey USA. She’s a 43-year-old actress, model, and fashion designer, probably best recognized for landing the role of Cassidy Bridges in the CBS police procedural series “Nash Bridges” (1996-2001), then being cast as Gretchen Morgan in the Fox crime drama series “Prison Break” (2007-2009), and featuring as Dr. Jo Laughlin in The CW’s supernatural teen drama series “The Vampire Diaries” (2014-2017).

How rich is she, as of now? Jodi Lyn O’Keefe Net Worth

As of late 2021, Jodi Lyn O’Keefe’s net worth is estimated at over $4 million, acquired through her successful involvement in both the entertainment and fashion industries.

She has garnered more than 50 television and film acting credits since she launched her career in the mid-1990s.

Jodi Lyn O’Keefe spent her early years in her hometown of Cliffwood Beach, where she was raised by her father, Jack O’Keefe, who was the director of labor relations for the Merck pharmaceutical company, and her mother, Noreen O’Keefe, who was a homemaker. She has two elder sisters, named Heather and Jenna O’Keefe. She holds American nationality, belongs to White Caucasian ethnic group, and is of mixed Polish, Czech, Austrian, Swedish and Irish descent, and is Christian. Regarding her education, Jodi attended St. John Vianney High School.

Jodi Lyn O’Keefe started her professional career as a model, when she was only eight years old, working for a Jeans company. Throughout her high school days, she developed her love for acting, and eventually dropped out of school in 1995 to join the cast of the long-lived NBC soap opera “Another World”, starring in the role of Maggie Cory. She won her breakthrough role in the following year, when she was chosen to portray Cassidy Bridges in the CBS police procedural series “Nash Bridges”, appearing in more than 120 episodes until it ended after six seasons in 2001.

Jodi  worked on other projects too, including making her debut feature film appearance in the 1998 slasher film “Halloween H20: 20 Years Later”, alongside Jamie Lee Curtis, Josh Hartnett and Michelle Williams, which was followed by her portrayal of Taylor Vaughan in the 1999 teen romantic comedy film “She’s All That”, next to Freddie Prinze Jr. and Rachael Leigh Cook; the latter was a huge box office success, grossing over $100 million worldwide. She then took such roles as Lauren Randall in the superhero film “The Crow: Salvation”, which is the third installment in “The Crow” franchise, and Ashley in the teen comedy film “Whatever It Takes” opposite James Franco, both released in 2000.

Following “Nash Bridges”, Jodi Lyn O’Keefe guest-starred in such TV series as “Dharma & Greg”, “George Lopez”, and “Tru Calling”, among many others. She also continued to work on film titles – in 2003, she featured as Kylie Logan in the horror-thriller film “Red Rover”, then featured in the title role in the made-for-TV comedy film “The Pool At Maddy Breaker’s”. She was cast in the same year as Jackie in the thriller film “The Scare Hole”, and took the recurring role of Nora Jacobs in the ABC legal comedy series “Boston Legal” (2004-2005), followed by her portrayals of Tyler in the crime thriller film “Venice Underground” and Rachel Rabinowitz in the made-for-TV comedy film “Adopted”, both in 2005.

Her next major role came in 2006 when she landed the role of Officer Jackie Kazaris in the short-lived ABC police procedural drama series “The Evidence”, in which she shared the screen with Orlando Jones and Rob Estes. Later that year, she also played Lindsay in the made-for-TV comedy film “The 12th Man”.

From 2007 to 2009, Jodi was cast as Gretchen Morgan in the third and fourth seasons of the Fox crime drama series “Prison Break”, created by Paul Scheuring, a role she reprised in its made-for-TV film entitled “Prison Break: The Final Break” in 2009. The same year, she also had the part of Lilith Reborn in the action fantasy horror film “Soul Fire Rising”.

Afterwards, she landed such roles as Kylie Burch in the 2010 romantic drama film “Class”, and Emily Bennett in the 2011 mystery thriller film “Exposed”. In the next year, she appeared as Gina Wright in the crime thriller film “The Avenger”, alongside Michael Woods and Victoria Pratt, which was followed by her portrayals of Chelle Ringell in Scott Walker’s thriller film “The Frozen Ground”, sharing the screen with Nicolas Cage and John Cusack, and Julia Whitman in the crime drama film “Whisper Of Fear”, both in 2013.

In 2014, Jodi Lyn O’Keefe starred in the roles of Ashley Williams in the family comedy film “Merry Ex Mas”, and played Riley Simms in the made-for-TV drama film “Wall Street”.

Hit The Floor Season 4 is on the way! And who told y’all You wouldn’t see Jelena? Check ya sources 😉 July 10th on @BET @HitTheFloor pic.twitter.com/wN6Sr2ahtR

Later that year, she joined the main cast of the VH1 / BET sports drama series “Hit The Floor”, playing Lionel Davenport until it was canceled due to low ratings after four seasons in 2018. Concurrently, she was selected to portray Josette ‘Jo’ Laughlin in the highly popular award-winning supernatural teen drama TV series “The Vampire Diaries” (2014-2017), aired on The CW. It was created by Julie Plec and Kevin Williamson, and based on L. J. Smith’s book series of the same title. Most recently, Jodi had the part of Gina in the 2018 action crime thriller film “Edge Of Fear”, directed by Bobby Roth, and featured as Vivian in the 2021 made-for-TV drama film “Hip Hop Family Christmas”.

Apart from being a successful actress, Jodi is known as a fashion designer. She launched her own clothing line, called Queen George Clothing, in 2011. The following year, she designed a jewelry line, called Q.

Jodi Lyn O’Keefe was in a relationship with her “Nash Bridges” co-star Don Johnson in 1996; she portrayed his daughter in the series, as at the time she was just 18 years old, while he was 47; she then briefly dated actor Jaime Gomez in 1998.

From 2003 to 2009, Jodi was in an on-and-off relationship with actor John Cusack, but since 2015, she been romantically involved with artist Douglas Little. Her residence is currently in Los Angeles, California.

In her spare time, she enjoys kickboxing to stay in shape, having studied ballet and tap dance.

Jodi is a licensed bounty hunter, together with her friend, actress Victoria Pratt.

She is also an avid dog lover.

She also loves to paint teacups.