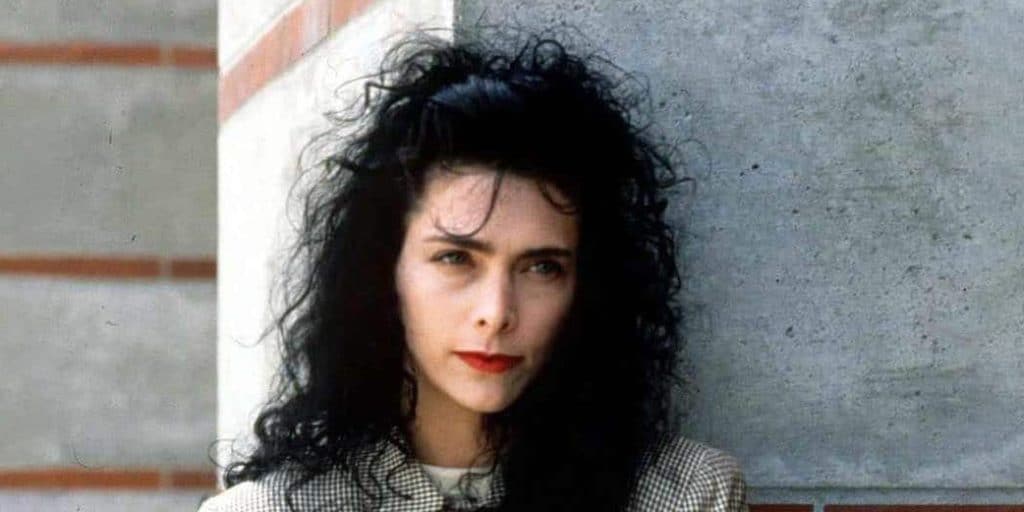 Who is Lori Anne Allison?

Lori Anne is a celebrity make-up artist, who gained popularity for her relationship and marriage to Hollywood actor Johnny Depp. She was born under the Zodiac sign Virgo on 6 September 1957 in the USA, so as of early 2022, she’s 64 years old and holds American nationality.

Information about her background, parents and any siblings remains a mystery. From a young age, she developed an interest in make-up and hairstyles, and practiced on her dolls. At 13 years old, she had her “first job” as a make-up artist- she went to a beauty shop in Miami Beach and did full make-up on a saleswoman. From that point, she learning the basics, and honing her craft.

Growing up, she was impressed with actors, musicians and drags queens, especially their intricate and over-the-top make-up looks, which later served as her inspiration.

A post shared by Can't Keep A Good Man Down (@depp.trash)

One of her favorite artists was David Bowie, who was a pioneer of avant-garde make-up, breaking the norms with his colorful and intricate looks. In high school, she didn’t get along with her classmates as they called her “a waste”, which prompted her to move to New York City.

Adamant in pursuing her dream of becoming a celebrity make-up artist, she relocated to Los Angeles, California. Reportedly, she also had an interest in music, and had previously considered launching a career as a music producer or singer. However, that never happened as she was involved in a car accident that left her deaf in one ear.

Luckily, after moving to Los Angeles, she found some friends in actors Christina Applegate and Adam Ant, who helped her get her first job. Rising through her ranks, she extended her collaboration, and began working with photographers and models on sets.

Her first credit as a make-up artist was for the action/thriller movie “Midnight Heat” in 1992, followed by her work on the 1993 movie “Secret Lies”.

There’s no detail of what she did in that decade; she returned in 2008, engaging in the series “Supreme Court of Comedy” and several other projects. According to reports, she continued working in the industry as a freelance artist and later dipped her toe in entrepreneurship, launching the make-up like “Serendipity Lip Glosses” in 2015, and a small cupcake shop entitled “D cup”.

Lori and Johnny met through Lori’s brother, who was a bass player and singer in one of Johnny’s bands; they married in 1983. At the time, Johnny had launched his career and was struggling to make a name for himself as an actor. According to some reports, Johnny met Nickolas Cage through Lori, and was advised to take a shot in the entertainment industry.

After only two years of marriage, they divorced on 7 March 1985 for unknown reasons, however, there were rumors circulating about Johnny’s infidelity, and when he started dating Sherilyn Fenn in the same year he divorced Lori, many took it as a confirmation of the rumors.

Following the dissolution of her marriage to Johnny, Lori’s romantic life became a mystery, as she’s never been linked to anyone.

On the other hand, Johnny dated several actresses, including Jennifer Gray, Winona Ryder and Vanessa Paradis with whom he has two children, Lily-Rose and John Christopher Jack. In 2015 he married the actress Amber Heard, but whom he divorced in 2017.

Lori is 5ft tall (152cm), while her weight remains unknown. Her hair is black, further adorned with blue eyes.

Her estimated net worth is in the range of $1 million, which she’s largely earned working as a make-up artist and entrepreneur. It’s believed that she was awarded $7 million as a divorce settlement from Johnny Depp. On the other hand, Johnny’s wealth is now estimated at over $150 million.

Where is she today?

After divorcing Johnny Depp, Lori disappeared from the limelight. Considering that she doesn’t use social media and hasn’t made a public appearance in a long time, it’s hard to establish what she’s doing today.

John initially wanted to launch a career as a musician, and even dropped out from Miramar High School to become a rock star, playing in various bands.

Inspired by the famous actor James Dean, and Nickolas Cage’s advice, he made his movie debut in 1984, portraying the main character’s boyfriend in the iconic horror film “Nightmare on Elm Street”. Johnny then starred in several other projects, including “Private Resort”, “Trashin’”, and “Platoon”, until in the late ‘80s landing the role as an undercover police officer in the series “21 Jump Street”, gaining enormous popularity, and emerging as a teen idol.

His next notable role came in 1990 when he was cast as the titular character in the fantasy romantic movie “Edward Scissorhands”, directed by Tim Burton., which proved to be the right career move for Johnny. After his performance in the romantic comedy “Benny and Joon”, he shared the screen with Leonardo DiCaprio in the critically acclaimed drama movie “What’s Eating Gilbert Grape” (1993).

Johnny continued building his profile by starring in several commercially successful movies, including “Ed Wood” (1994), “Don Juan DeMarco” (1995), and “The Ninth Gate” (1999). In 2003, he received critical acclaim and achieved worldwide popularity portraying Captain Jack Sparrow in the first of what became five installments of the hit film series “Pirates of the Caribbean”, receiving nominations for an Oscar, a Golden Globe Award, and a BAFTA.

In the first decade of the new millennium, he resumed his collaboration with Tim Burton, starring in several of his movies, including “Charlie and the Chocolate Factory” (2005), “Sweeney Todd: The Demon Barber of Fleet Street” (2007), and “Alice in Wonderland (2010).

By 2012, Johnny was considered one of the biggest stars of Hollywood, with the highest pay, allegedly $75 million, and in the following period worked on several projects such as “Fantastic Beast and Where to Find Them” (2016), “Murder on the Orient Express” (2017), and “City of Lies” (2018).

Besides his prolific and high-profile career as an actor, in 2016, he and his then-wife Amber Heard became a central focus of various media outlets, after Amber accused him of mental and physical abuse while under the influence of drugs and alcohol. She reportedly obtained a temporary restraining order, and after the divorce finalization, received $7 million. In 2018, Johnny sued Amber for defamation, claiming that the incidents of his aggressive behavior were a hoax, and that these scandals had brought irreparable damage to his career and reputation. The case will go to trial in April 2022.