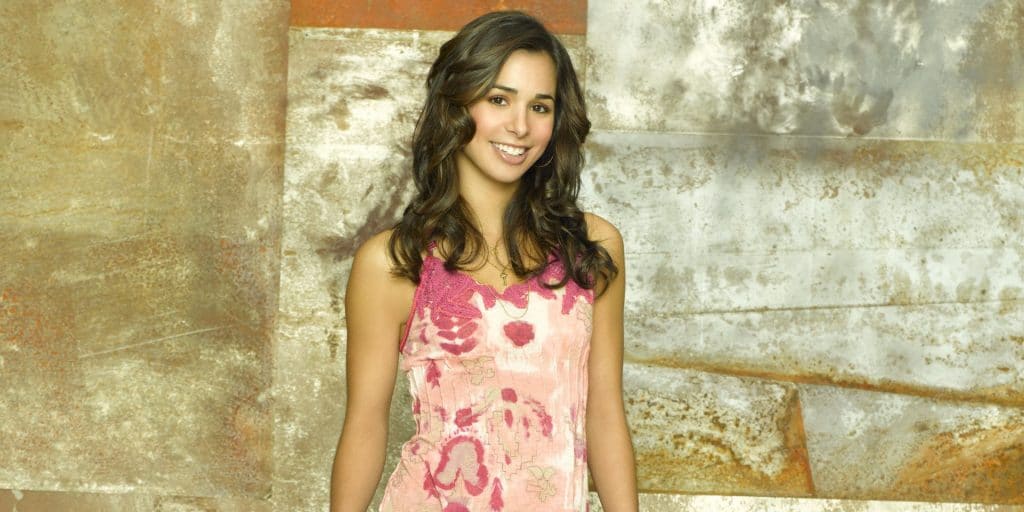 Where is Josie Loren now? What happened to her? Family, Wiki

Josie Loren Lopez, known artistically as Josie Loren, is an American film and TV star and attorney in law of Cuban descent. She is married to former National Football League (NFL), player, Matt Leinart, with whom she has two children.

Josie Loren was born in Miami, Florida, US, on 19 March 1987. Her mother is a middle school teacher named Mercy Lopez who works at Zelda Glazer Middle School in Miami, Florida, but there is no information about her father.  She has an older sister, Jessica,  and two brothers, Asis and Javier. Her older brother, Javier, graduated from Harvard University and now he works as a commercial litigator in Miami.

As a kid, she did gymnastics, and she made friends with the Olympic gymnast Nastia Linkin.

The name of the high school she attended and where she did drama courses is New World School of the Arts, and it is located in Miami, Florida.

Before university, she went to the cheerleading and dance training centre Top Gun All Stars, where she was a competitive cheerleader.

While  she was doing her studies at university, she also devoted her time to acting.

In 2011 she graduated in mass communications from the University of California, Los Angeles (UCLA), where she also studied Spanish as a secondary subject.  Some years later,  on 19 May 2019 she graduated from Loyola Marymount University  as a Juris Doctor.

Josie started working as an actress in 2006, when she was featured as Holly in an episode of the first season of the successful series “Hanna Montana”. Moreover, she had the opportunity to work with Miley Cyrus in the episode “People who use people”.

From then on, she continued acting and making appearances in many series, such as “Drake & Josh”, “Cory in the House” and “Medium”. Nevertheless, it was in 2009 when Josie had her great opportunity to be the lead actress on the ABC series “Make It or Break It” as Kalye Cruz, in which she appeared in 48 episodes until the TV show came to an end in 2012. For her outstanding performances in this program, she was nominated twice (2010 and 2011) for the Teen Choice Awards. Moreover, in 2010 she made an appearance as Kalye Cruz in “10 Things I Hate About You”, which was a ramification of “Make It or Break It”.

At the same time, Josie also worked in some films , among which we can mention “This is not a test”, in which she portrayed the character of  Laline,  and the short film “With me”.

Between 2014 and 2015 she had the lead role as   Michelle Vega in “The Mentalist”, which made her gain even more popularity.

Finally, notwithstanding her success and recognition, in 2015 she decided to start make a stop in her acting career ,  and she said goodbye to television with her work as a guest star on an episode of the series “Young & Hungry”.

Subsequently, Josie returned to university, this time to study law, and some time later, after her graduation in 2019, she started to work as a sports law attorney at Munch Wilson Mandala, an important law-firm with an extensive and strong attorneys´ team, and with offices in Texas, California and Florida, where she continues working presently.

Before meeting her Matt, Josie was romantically connected with three famous people: American actor and musician Jason Dolley in 2010, American actor and singer Chord Overstreet in 2011,  and Canadian model and Actor Zane Holtz also in 2011.

Afterwards, on September 2013, Josie started dating Matt, who proposed to her on July 2016 and, after being engaged for 22 months, they finally tied the knot on 26 May 2018 at the Grove Park Inn, in Asheville, North Carolina, US.

Josie is the stepmother to Matt´s son, Cole, who was born on 24 October 2006 from a previous relationship with Brynn Cameron.

The couple´s  first baby, Cayson Asis Leinart was born on January 2020, and on 24 May 2021 they welcomed their  second son, Canon Asis Leinart.

Who is Matt Leinart?

Josie´s husband, Matthew Stephen  Leinart, is a former American football player from Santa Ana, California, who played as a quarterback in the NFL for 7 years and who currently works as a sports analyst at Fox Sports.

He started to play when he was at college, at the University of California, where  played for the Trojans, and he was awarded with the Heisman Trophy as a freshman. Moreover, he was selected 10th by the Arizona Cardinals in the 2006 Draft.

He spent his last 3 seasons as a substitute for the Huston Texas and the Oakland Raiders and in 20117 he was included in the College Football Hall Fame.

Josie loves spending time with her family, going to the beach and reading. Her favorite desserts are whipped cream and strawberries, and chocolate.

She is very active on the social networks and, among other things, she uses Instagram to raise money for “Mission Emmaus Cuba”, which is a catholic organization that makes donations of medical supplies and food to people who have necessities  in Cuba.

Posted by Beauties on Wednesday, November 18, 2020

An interesting fact about Josie is that in 2010, “OK!” magazine regarded her as one of the 50 sexiest single women.

As regards her outfit, Josie likes to wear comfortable clothes, such as jeans and T-shirts but she also loves to dress up on certain occasions, for example when she goes out at night,  and shoes are her weakness, especially high heels.

As of 2022, Josie´s  net worth, together with that of her husband Matt is estimated in around $22 million, which include her income, money and assets. The largest amount corresponds to Matt´s earnings as a football player.  Josie´s  main source of income is her work as an actress, but currently she also earns money working as an attorney. Apart from this, Jessica is the owner of an apartment in Miami, Florida. Anyway, in spite of her fortune, she enjoys having a simple, familiar and modest life.